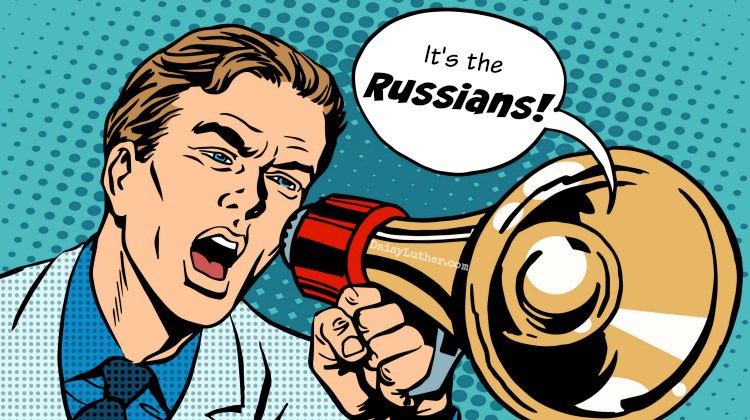 Update (12:35 ET): There are breaking reports that in the mid-evening hours Kiev time, Russia’s military has received orders to “advance in all sectors,” according to a fresh statement by Russian Defense Ministry spokesman Igor Konashenkov.

Western correspondents on the ground have also observed the additional mustering of tank and armored units now continuing to pour across the border into Ukraine. So far a major aerial and ground assault on Kiev appears to have been paused as there was some level of back-and-forth and confusion over possible ceasefire or “surrender” negotiations.

Serious gun battle reportedly ongoing on Kyiv's left bank (on opposite side of river from main city) pic.twitter.com/sYRi5QoGOq

Of the contradictory signals coming out of the earlier possible ‘opening’ of negotiations which never happened, it was stated…

“[On Friday], after the Kyiv regime declared its readiness for negotiations, active hostilities in the main directions of the operation were suspended,” Ministry of Defence spokesperson Maj. Gen. Igor Konashenkov said in a statement on Saturday. “After the Ukrainian side abandoned the negotiation process, today all units were ordered to continue their offensive in all directions in accordance with the operation plan.”

“A Ukrainian presidential adviser denied in the early hours Saturday that Ukraine had refused to negotiate,” CNN noted. Meanwhile more Western allies of Ukraine have stepped up with further pledges to arm Kiev.

Bloomberg describes of the latest European countries to make pledges… “Promises of aid for Ukraine poured in. U.S. President Joe Biden authorized the State Department to provide $600 million in immediate aid to Ukraine, including $350 million in military funding.”

The report continues, “The Netherlands will send 200 Stinger anti-aircraft missiles as soon as possible, in addition to other military aid approved earlier this month. The Czech Republic will send machine guns, sniper rifles, handguns and ammunition on top of 4,000 artillery shells already agreed. Belgium is dispatching fuel and 2,000 small arms, while Slovakia — which shares a border with Ukraine — is sending shells and fuel.”

Ukrainian President Volodymyr Zelensky has remained defiant as his forces still control Kiev over past multiple hours of explosions and fighting on the outskirts of the capital city. “The fate of Ukraine is being decided now,” he had said in a prior social media address. “Special attention is on Kyiv — we should not lose the capital. The enemy will use all the possible forces they have to break our resistance. They will be mean and hard. Tonight they will begin a full scale storm.”

“I’m here,” he later said in a Saturday morning post standing near the presidential office in Kiev. Kyiv Mayor Vitali Klitschko also on Saturday said that while the “night was difficult” it remains “there are no Russian troops in the capital” – though many parts are now looking like a war zone. Zelensky followed up by saying that Ukraine has “derailed” Russia’s attack plan.

“The enemy is trying to break into the city,” Klitschko said, after local officials confirmed at least 35 injured as of 6am local time. And Foreign Minister Dmytro Kuleba referenced “horrific Russian rocket strikes” while explaining in a social media statement that the “Last time our capital experienced anything like this was in 1941 when it was attacked by Nazi Germany. Ukraine defeated that evil and will defeat this one. Stop Putin. Isolate Russia. Severe all ties. Kick Russia out of everywhere.”

The Pentagon has said that Russia now has mechanized forces which were sent via Belarus within 20 miles of Kiev, according to Defense Secretary Lloyd Austin who earlier briefed lawmakers. The US has continued vowing to send more weapons in support of Ukraine national forces.

Russia’s Defense Ministry is currently disputing that it targeted a residential building in Kiev. The attack on the apartment building has been widely reported within the last hours also as shocking video and photographs emerge showing a chunk of multiple floors having been blown out.

Here’s another view of the residential building hit with what appears to be a missile.

The Russian Ministry of Defense has denied reports that one of its missiles struck a residential building in Kyiv, claiming the damage was caused by a Ukrainian anti-aircraft projectile, Russian state news agencies reported on Saturday, citing a source at the ministry.

“The information disseminated on social networks about a Russian missile attack on a residential building on Lobanovsky Avenue in Kyiv is not true,” the defense ministry source said, according to TASS and RIA Novosti. “The nature of the damage to the house indicates that an anti-aircraft missile hit it. This is clearly visible on the video.”

On Friday there was a showdown in the United Nations Security Council. Russia of course vetoed a formal denunciation of the invasion of Ukraine. The real surprise, however, came when the countries of China, India, and the United Arab Emirates abstained from the vote, with the remaining 11 council members voting in favor.

Though details or confirmation have remained unclear in the ongoing ‘fog of war’ which makes verification difficult, on Friday Ukrainian forces said they downed a Russian transport plane carrying paratroopers…

China, India, and UAE represent an outsized chunk of the global economy and their abstention strongly suggests that it won’t be so easy to gain global adherence to a strong Washington and EU-led sanctions regimen.

Meanwhile, the Friday assault on Kiev may have been even more severe, but it’s since emerged that Putin ordered a pause on the Russian military advance pending negotiations. Moscow then said it resumed the assault as “Kiev refused the talks” – a narrative which is being disputed by Kiev.

Kremlin spokesman Peskov said, “Yesterday, in the light of pending talks with the Ukrainian leadership, the commander-in-chief, the president of Russia, ordered a suspension of the advance of the main group of Russian armed forces in Ukraine.”