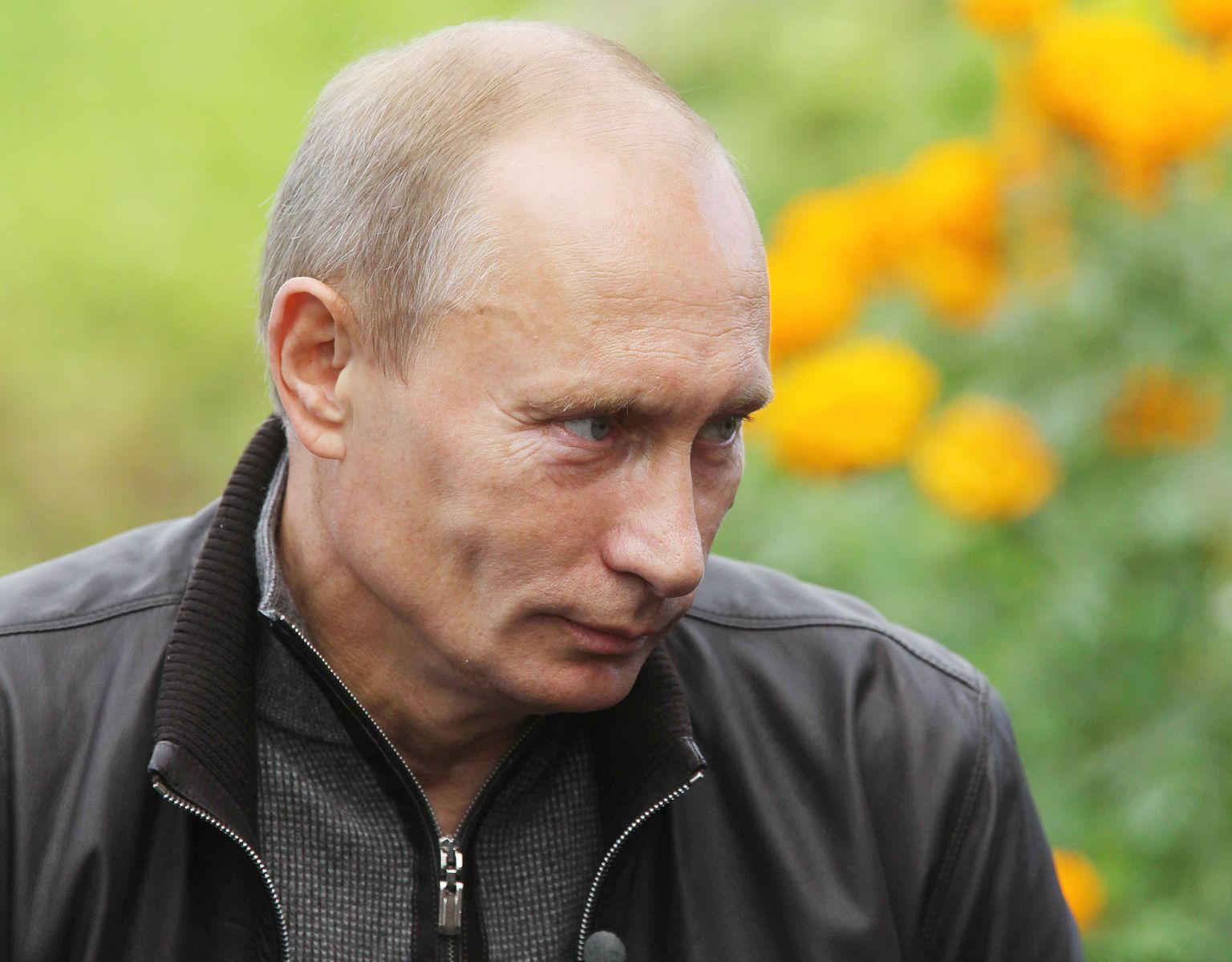 All of a sudden, there is a lot of talk in the mainstream media about establishing a “no-fly zone” over Ukraine, and that should deeply alarm all of us.  Because establishing a “no-fly zone” over Ukraine would require us to shoot at Russians, and they would inevitably start shooting back.  In other words, we would be at war with Russia.  Ukrainian President Volodymyr Zelensky thinks that this is a wonderful idea, because he knows that western intervention is the only thing that is going to save his country at this point.  But Vladimir Putin has already warned that he is willing to use nuclear weapons against anyone that intervenes in the conflict.  Should we take that threat seriously?

A bear that feels like it has been backed into a corner is a very dangerous thing, and that is especially true when that bear possesses highly advanced nuclear weapons.

But the warmongers in Congress see no reason why this should deter us from taking action.  On Friday, U.S. Representative Adam Kinzinger publicly called for the establishment of a no-fly zone over Ukraine on Twitter…

Rep. Adam Kinzinger (R-Ill.) called for the U.S. to declare a no-fly zone over Ukraine to give the country’s military a “fair fight” against invading Russian forces.

“The fate of #Ukraine is being decided tonight, but also the fate of the west. Declare a #NoFlyZone over Ukraine at the invitation of their sovereign govt,” Kinzinger tweeted on Friday.

The only way that statement can be considered rational is if Kinzinger truly believes that Vladimir Putin would never actually use nuclear weapons against the United States.

Unfortunately, Kinzinger is not alone.

On Monday, U.S. Senator Roger Wicker also spoke in favor of a no-fly zone over Ukraine…

But it’s not just nobody Republicans like Kinzinger saying this stuff. Sen. Roger Wicker, R-Miss., also endorsed the idea of creating a no-fly zone over Ukraine. “Clearly, in the absence of a U.N. resolution, which Russia would veto, a strong coalition of like-minded nations should step in and seriously consider this,” Wicker told HuffPost on Monday. Wicker isn’t some back-bencher. He’ll likely become the next top Republican on the Senate Armed Services Committee after Sen. Jim Inhofe, R-Okla., resigns later this year.

Unlike Kinzinger, Wicker actually has a bright political future, and so that makes his statement even more alarming.

Not to be outdone, U.S. Senator Rob Portman is actually suggesting that Ukraine should immediately be made a member of NATO…

On Sunday, Sen. Rob Portman, an Ohio Republican and a member of the Senate Foreign Relations Committee, said on Meet The Press that we should right away bring Ukraine and other countries, like Georgia, into NATO. Bringing Ukraine into NATO, a mutual defense treaty, would of course trigger Article V, which obligates all NATO members to come to the defense of a member that’s under attack. In this case, that would mean — you guessed it — the U.S. going to war with Russia.

Does Portman really want us to fight such a war?

First of all, after not being able to defeat the Taliban despite being in Afghanistan for 20 years, is the U.S. military actually prepared for such a fight?

I think that the answer to that question is obvious.

Secondly, does Portman actually believe that both sides would restrain themselves from using nuclear weapons for the duration of such a conflict?

I honestly do not understand how people like this actually get elected to Congress.

The good news is that the Biden administration has ruled out a “no-fly zone” over Ukraine for now.

PETER ALEXANDER: On military, is there any way in which the U.S. would support a no-fly zone over Ukraine?

PSAKI: Well, here’s what important for everybody to know about a no-fly zone: What that would require is implementation by the U.S. military. It would essentially mean the U.S. military would be shooting down planes – Russian planes. That is definitely escalatory. That would potentially put us into a place where we’re in a military conflict with Russia. That is not something the president wants to do.

KRISTEN WELKER: So, that’s a no on that.

PSAKI: Those are all the reasons why that’s not a good idea.

I really wish that Psaki would have clearly stated that a no-fly zone will never happen.

But she didn’t do that.

And of course Biden has repeatedly broken his promises anyway, and so any promise the Biden administration makes today could easily be broken tomorrow.

Let us hope that cooler heads prevail, because a military conflict with Russia could go nuclear very easily.

In a nationally televised address last Thursday, Putin offered a menacing warning of Russia’s nuclear capability: “No matter who tries to stand in our way or all the more so create threats for our country and our people, they must know that Russia will respond immediately, and the consequences will be such as you have never seen in your entire history.” On Sunday, Putin went even further by announcing that Russia’s nuclear forces have been put on high alert, an order that NATO Secretary General Jens Stoltenberg called “dangerous rhetoric” and “irresponsible behavior,” which “adds to the seriousness of the situation.”

There are many in the western world that are absolutely convinced that Putin is bluffing.

But he sure wasn’t bluffing about invading Ukraine, was he?

Vladimir Putin has in recent days hidden his family members in an ‘underground city’ in Siberia, according to a Russian professor.

The luxury hi-tech bunker is located in the Altai Mountains and was designed for protection in the event of nuclear war, said political scientist Valery Solovey, 61.

To most people in the United States and Europe, the use of nuclear weapons is absolutely unthinkable.

But over in Russia, one of their most prominent news anchors just went on a wild rant in which he warned that western nations could be obliterated by “more than 500 nuclear warheads” if they continue to mess with Russia…

VLADIMIR Putin’s “propaganda chief” has threatened the West with nuclear annihilation during a rambling broadcast on Russian TV.

News anchor Dmitry Kiselyov told viewers across Russia’s 11 time zones that the West would be blown to smithereens with “more than 500 nuclear warheads” if it continued to threat Moscow.

Russian nuclear submarines sailed off for drills in the Barents Sea and mobile missile launchers roamed snow forests Tuesday in Siberia after President Vladimir Putin ordered his nation’s nuclear forces put on high alert over tensions with the West over the invasion of Ukraine.

Russia’s Northern Fleet said in a statement that several of its nuclear submarines were involved in exercises designed to “train maneuvering in stormy conditions.” It said several warships tasked with protecting northwest Russia’s Kola Peninsula, where several naval bases are located, would join the maneuvers.

The Russians have the capability to launch an absolutely devastating first strike from their super quiet “black hole” nuclear submarines.

From positions just off our coasts, those submarines could potentially reduce much of our defenses to ashes in just a matter of minutes.

Unfortunately, most Americans don’t understand how serious this threat is.

A nuclear war with Russia must be avoided, because the consequences would be unimaginable.

Thankfully, the federal government has issued some updated guidelines for how ordinary Americans should respond if a nuclear attack does actually happen…

Stay inside for 24 hours unless local authorities provide other instructions. Continue to practice social distancing by wearing a mask and by keeping a distance of at least six feet between yourself and people who not part of your household.

Family should stay where they are inside. Reunite later to avoid exposure to dangerous radiation.

Keep your pets inside.

You may not last very long after such an attack happens, but at least you can help prevent the spread of COVID by practicing social distancing and by wearing a mask.

Because that is what really matters, right?