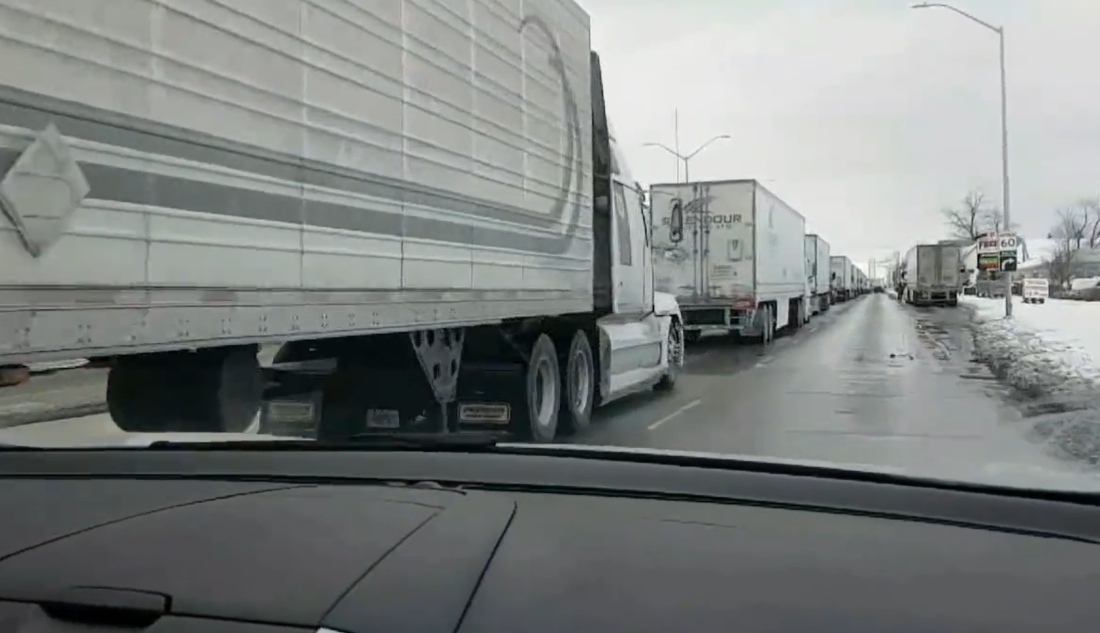 (Natural News) Tens of thousands of truckers in the United States who were inspired by the Freedom Convoys in Canada are on the roll to Washington, D.C. to protest an end to the Wuhan coronavirus (COVID-19) restrictions and mandates.

Freedom Convoy U.S.A. is organizing a protest in the National Mall on March 1 in time for Biden’s State of the Union address.

Freedom Convoy U.S.A. organizer and leader Kyle Sefcik recently put out a direct message to President Joe Biden urging him to end the mandates and explaining eloquently that the Freedom Convoy is going to be a peaceful demonstration.

“We are very organized and our routes are public,” he said in his video message to the president. “I even pulled a permit for the National Mall to be respectful. I just want to be as transparent as possible from the start so there’s no confusion.”

“We are coming peacefully and we’re going to do this lawfully and constitutionally,” added Sefcik, a small business owner from Maryland.

Sefcik said he is doing everything he can to be transparent about the Freedom Convoy’s plans so that nobody tries to twist and lie about who the organization represents and what they want to achieve.

“We just want government overreach to end,” he said. “On behalf of Freedom Convoy U.S.A. 2022, we are asking you to end the state of emergency and the mandates once and for all.”

He warned Biden that the world saw what happened in Canada and is watching what he plans to do with the health freedom protesters in America. (Related: Were UN troops used as Canadian “cops” during Trudeau’s authoritarian response to the Freedom Convoy?)

“So we are leaving the choice to you. The decision is in your hands,” said Sefcik. “This whole convoy, this whole assembly on the National Mall, it doesn’t even have to happen if you just end things now, and we can get on with our lives.”

In an interview with television host and producer Del Bigtree on his show “The HighWire,” Sefcik explained that he is going to great lengths to make sure nobody willfully mischaracterizes the Freedom Convoy.

“I just got out of a two-hour meeting with the Capitol Police, with the Metropolitan Police, with the National Park Service, with the United States Park Police. I mean, it’s 13 different people in a meeting, and I’m just telling you guys straight from the source of who’s pulling this permit and doing all this organizing. This is what it is,” said Sefcik.

“I’m working directly with D.C., all these different police departments and parks so that we do it right, so while other people post all this – let’s be honest, crap and lies – we’re gonna keep doing what we’re doing and updating people along the process so everybody knows that we are doing this peacefully, constitutionally,” he continued.

Sefcik said around 38,000 truckers from all over the country have already signed up to be part of the convoy and many are already on their way to the nation’s capital. These protesters could disrupt vital trucking corridors in Maryland and Northern Virginia during their protest and that he and the truckers are prepared to keep protesting until the mandates end.

During his interview with Bigtree, Sefcik implored people to study the Constitution and “know your rights, your God-given rights.”

Sefcik also asked people to read the Bible and develop a relationship with God. “Get in the Word, get in the Bible. Our country is founded under the one true God, let’s put God back in the government, back in our lives.”

Freedom Convoy U.S.A. is one of several American grassroots organizations inspired by the trucker protest in Canada. Other groups, including the American Truckers Freedom Fund and the People’s Convoy have also organized convoy protests to arrive in Washington, D.C.

Mayor of Ottawa declares vehicles stolen by authorities during Trudeau’s Freedom Convoy crackdown will be sold to “cover costs.”

Watch this episode of “The HighWire” with Del Bigtree as he interviews organizer and leader of the Freedom Convoy U.S.A. Kyle Sefcik regarding the upcoming demonstration involving tens of thousands of truckers in Washington, D.C.

This video is from The HighWire with Del Bigtree channel on Brighteon.com.