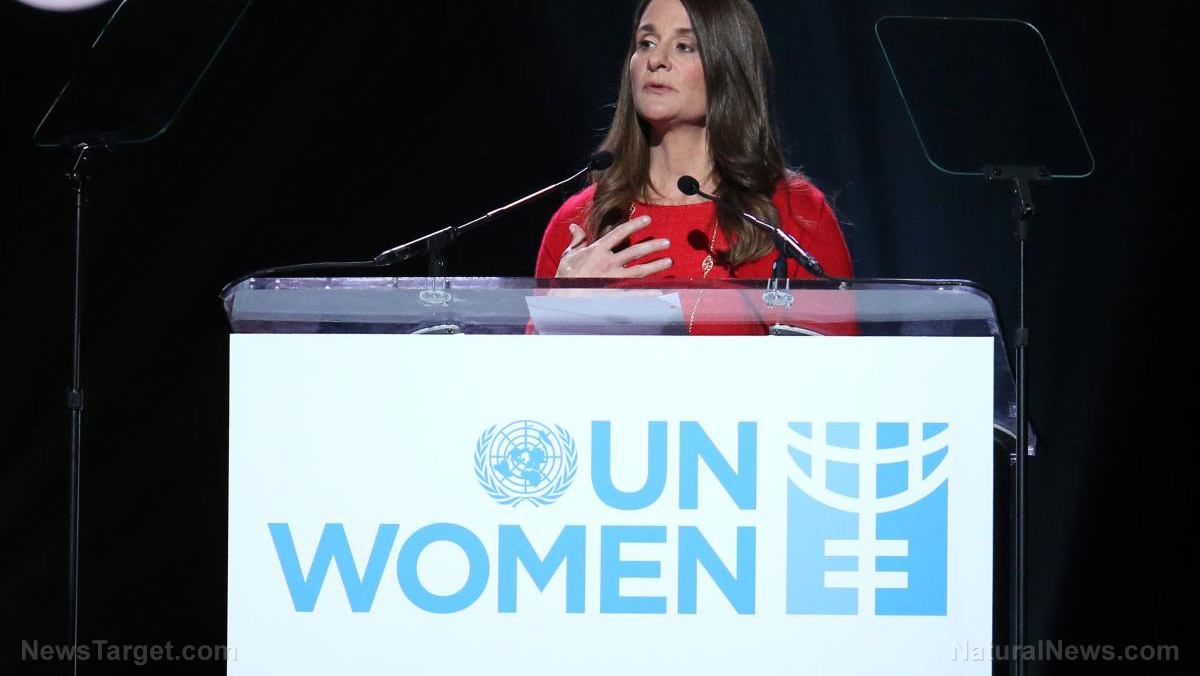 (Natural News) Melinda Gates has dropped multiple bombshells about her former husband Bill Gates during an interview. She cited several factors that led to their divorce, including his “multiple affairs” and his friendship with convicted sex offender Jeffrey Epstein.

Melinda elaborated on her former husband’s flings during her appearance on the CBS program “This Morning.” She told program host and journalist Gayle King about Bill’s affair with a staffer from two decades ago, which his spokesperson confirmed back in May 2021.

“I certainly believe in forgiveness, so I thought we had worked through some of that. It wasn’t one moment or one specific thing that happened. There just came a point in time where there was enough there when I realized it just wasn’t healthy, and I couldn’t trust what we had,” said Melinda, referring to the 20-year affair.

The former wife of the Microsoft founder remarked that while she never thought she would get divorced, their relationship reached the point where she felt she could no longer carry on.

“Unfortunately, I felt like I needed to take a different path. We knew that the divorce was going to be a surprise [to] people, and I felt bad about that. I don’t question myself now, not at all. I gave every single piece of myself to this marriage. I was committed to this marriage from the day we got engaged and until the day I got out of it.”

In response to King’s question about any other affairs over the course of their 27-year marriage, Melinda answered: “Those are questions Bill needs to answer.” She clarified that while they are no longer friends, she and Bill are on “friendly” terms and are collaborating together. “I wish him well,” she added.

Meanwhile, the Microsoft founder said in a statement: “I will always be sorry for the pain that I caused Melinda and our family. I admire Melinda and everything she does to improve the lives of women and girls around the world. I’m [also] grateful for the work we continue to do together at [the Bill & Melinda Gates Foundation.]”

During her “This Morning” interview, Melinda also revealed her explicit disdain toward Epstein. “I did not like that he had meetings with Epstein, no. I made that clear to him.” (Related: ‘Furious’ Melinda Gates warned Bill over Jeffrey Epstein escapades: Report.)

She also shared her experience meeting Epstein in person back in 2013. “I also met [him] exactly one time. I wanted to see who this man was, and I regretted it from the second I stepped in the door,” Melinda said. “He was abhorrent, evil personified. I had nightmares about it afterwards. That’s why my heart breaks for these young women. That’s how I felt, and I am an older woman. He was awful.”

The Microsoft founder’s former wife later “made it very clear” to Bill what she felt about Epstein following their meeting. Meanwhile, Bill said in a statement to CBS that “meeting with Epstein was a mistake that I regret deeply. It was a substantial error in judgment.”

Melinda’s concerns about her erstwhile husband’s links to the convicted sex offender dated as far back as 2013, according to a former Gates Foundation employee. The same employee confirmed to Al Jazeera Melinda’s disdain toward Epstein when the Gates couple met him during that year. Despite this, Bill and other foundation employees continued to cultivate ties with Epstein.

When Bill’s ties with the convicted sex offender became public in 2019, documents reviewed by Al Jazeera stated that Melinda made “a number of calls” with her legal advisers prior to their divorce in May 2021. Meanwhile, Epstein was found dead in his jail cell in August 2019, while in the custody of a New York correctional facility. His death was ruled a suicide, but theories have surfaced that he was possibly murdered.

The Bill Gates and Jeffrey Epstein connection goes deeper, as both shared interests in eugenics.

This video is from the Mindy channel on Brighteon.com.