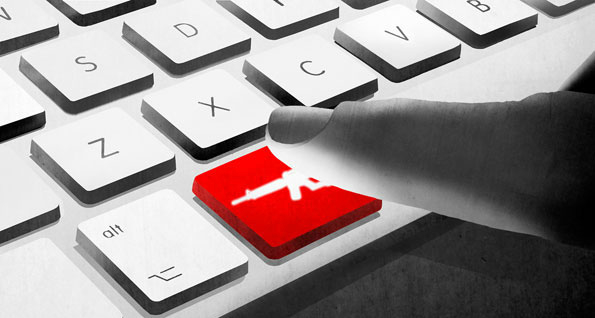 (Natural News) As Russian President Vladimir Putin continues his invasion of neighboring Ukraine, his government announced earlier this week that the country will be disconnecting from the global internet in order to defend against external cyberattacks.

But that decision has led others to believe he may be planning on launching his own against Western nations including the U.S.

“Russia will completely disconnect from the global internet on March 11,” notes the website Strange Sounds, adding: “No later than March 11, all servers and domains must be transferred to the Russian zone (.ru). In addition, detailed data on the network infrastructure of the sites is being collected.”

At the same time, the World Economic Forum has removed Cyber Polygon from its website — which describes a large-scale cyberattack that essentially sends the entire world back into the 1800s before electricity and modern modes of communication.

Also, the Russian navy’s spy vessel Yantar, which is known for spying on undersea fiberoptic and internet cables, has left its base.

“In Russian sources Yantar is described as a ‘Special Purpose Ship’ or ‘Oceanographic vessel’. In the West however it is regarded as a spy ship. Its forte is surveying undersea cables and possibly tapping, delousing or sabotaging them,” Strange Sounds noted in a separate report.

A column published this week at FoxNews.com notes that while the U.S. has made significant strides in terms of bolstering cyber defenses for key industries, there is much work left to be done — and there is likely no time to get it done at this point.

“The good news is that certain key sectors that represent critical infrastructure and support vital national functions have been enhancing their defenses for years. Think financial services and energy for example,” the piece notes.

“The bad news is that other equally important sectors are nowhere near as prepared. Think water – which is working to up its game but is nowhere near where it needs to be as the recent spate of ransomware has made clear,” the authors wrote.

“And this is the state of play among the big dogs. Yet the U.S. is an incredibly target-rich environment for any adversary because of the sprawling decentralized nature of both its public and private sector. Put differently: Small and medium size enterprises are not outside the crosshairs,” they added.

The piece goes on to offer solutions.

“So where should we go from here? We must better marshal our efforts so that the piecemeal and uneven progress that has been made to date becomes a more streamlined national effort that makes it far harder for any adversary to achieve its ends,” the column notes.

“Having a National Cyber Director (NCD) to act as coordinator and definitively take point on the all-important task of prioritizing our game plans and facilitating their execution in a way that ensures that they will be more than just the sum of their parts is a true step forward,” it adds.

As for the Russian spy ship, there can really only be a couple of reasons why it set sail this week: 1) To conduct legitimate spying on behalf of the Russian government; or 2) to begin sabotaging or even cutting undersea fiber optics cables to deny internet access to the West. Once Russia completely internalizes all of its own internet services, Moscow will have no further need for outside access.

Also, the only reason to completely internalize internet operations is to significantly reduce or even eliminate avenues of cyber counterattacks that would surely come in response to disrupting Western interconnectivity.

Can the world survive without the internet at this point? Probably. But the disruptions to our lives would be incredibly significant and maybe even lead to the collapse of certain societies.