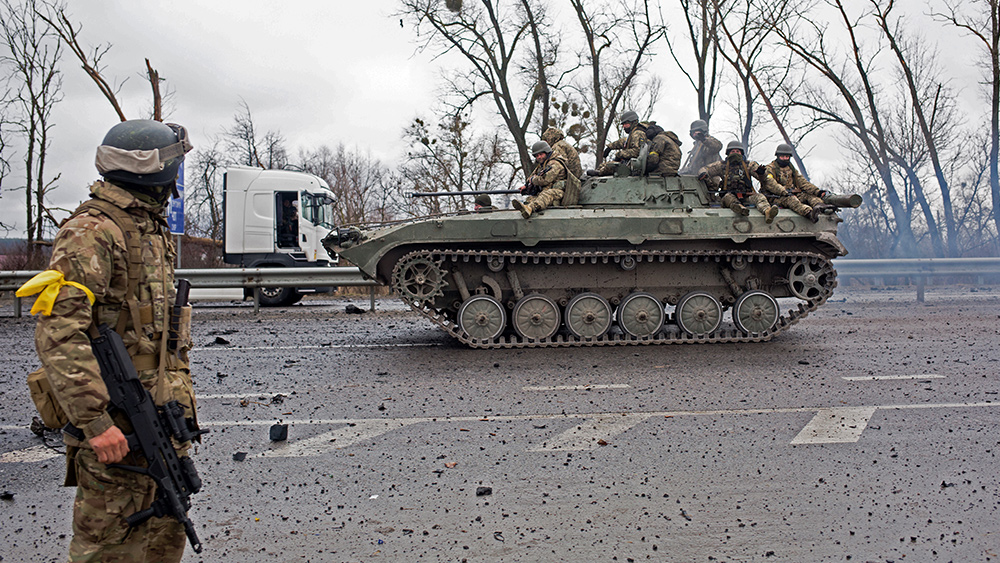 (Natural News) The powers that be are finally admitting that the United States is running biological weapons facilities in Ukraine that are among the likely targets of the Russian invasion. But as we have come to expect, the military-industrial complex talking heads are already preemptively blaming Russia for a potential impending false flag attack.

Neoconservative deep state hack Victoria Nuland, who holds the title of Undersecretary of State under Joe Biden, told Sen. Marco Rubio (R-Fla.) and other members of the Senate Foreign Relations Committee the other day that the Pentagon does, in fact, own and operate bioweapons laboratories in Ukraine. The corporate-controlled media, as you probably noticed, had been saying that this claim is a wild “conspiracy theory.”

Nuland set the record straight, however, she also spun the narrative to imply that Russian President Vladimir Putin might be trying to take over these facilities in order to release their biological weapons as part of a large-scale attack on the West. Rubio pressed Nuland on this matter and got her to verbally agree to this narrative.

While it certainly could be the case that Putin is the madman that the deep state and its media propagandists want us to believe he is, it could also be the case that they are using him as a scapegoat for their own planned false flag attack. All they would have to do is launch one, blame it on Putin, and watch as the next phase of their agenda manifests.

“The U.S. has 336 labs in 30 countries under its control, including 26 in Ukraine alone,” announced Chinese Foreign Ministry earlier this month.

According to Glenn Greenwald, formerly of The Intercept, Russia and China’s claims deserve the same level of skepticism as Nuland and Rubio’s claims. Remind us again what makes our own government any more trustworthy than those governments?

U.S. “fact checkers,” Greenwald points out, reflexively defaulted to siding with the Pentagon (Pentagram) on this matter, accusing anyone who denies the official story of being a QAnon conspiracy theorist. But the evidence seems to point more towards wrongdoing by the military-industrial complex as opposed to the Kremlin.

“Nuland did something completely uncharacteristic for her, for neocons, and for senior U.S. foreign policy officials: for some reason, she told a version of the truth,” Greenwald points out.

“Her answer visibly stunned Rubio, who – as soon as he realized the damage she was doing to the U.S. messaging campaign by telling the truth – interrupted her and demanded that she instead affirm that if a biological attack were to occur, everyone should be ‘100% sure’ that it was Russia who did it. Grateful for the life raft, Nuland told Rubio he was right.”

Unfortunately for Rubio, who is not looking too healthy these days, the cat was already out of the bag. Nuland let it out that Ukraine does, in fact, possess “chemical or biological weapons” – you know, the same types that we were told justified an invasion and takeover of Iraq during the George W. Bush years.

“Nuland’s bizarre admission that ‘Ukraine has biological research facilities’ that are dangerous enough to warrant concern that they could fall into Russian hands ironically constituted more decisive evidence of the existence of such programs in Ukraine than what was offered in 2002 and 2003 to corroborate U.S. allegations about Saddam’s chemical and biological programs in Iraq,” Greenwald says.

More related news can be found at WWIII.news.