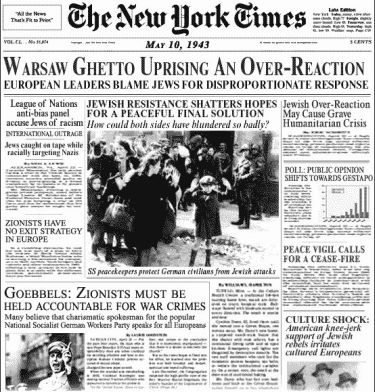 (Natural News) A New York Times reporter has been recorded on video by Project Veritas essentially admitting that the Jan. 6 Capitol Building ‘riot’ was little more than a false flag staged by the worthless FBI because there were “a ton” of informants in the crowd.

Rosenberg candidly discusses the weak, woke ideologues and snowflakes who work for the Times, calling the younger reporters “f**kin’ b**ches” for their overly dramatic portrayals (lying, in other words) about what really took place on Jan. 6, both at Trump’s rally and at the Capitol Building itself (like failing to report that just a handful of the tens of thousands of Americans who showed up to the rally actually went to the Capitol).

“The left’s overreaction – the left’s reaction to [Jan. 6], in some places, was so over the top. It was like, me and two other colleagues who were there who were outside and we were just having fun,” he noted further, adding that the New York Times staff “were not in any danger” on that day.

In addition, and importantly, Rosenberg confirmed what has been reported by just a few outlets (though his paper is one of them): There were scores of federal agents embedded in the crowd when the violence jumped off before Trump finished speaking.

“There were a ton of FBI informants among the people who attacked the Capitol… For the CIA and NSA, if you work there, you get polygraphed every year, and you’re asked if you’ve spoken to a reporter and [if] your answer is anything but no, you’re in deep trouble. So I’ve been talking to former people who are talking to people who are still in,” Rosenberg said about how he gathered his intelligence.

One of the most surprising moments of the footage was Rosenberg speaking about his confidential sources, including the source of what Rosenberg calls “that ridiculous, like pee tape.”

Rosenberg is likely referring to Buzzfeed’s 2017 publishing of sections of an unverified intelligence report on former President Trump’s relationship with Russia, frequently referred to as the “Steele dossier.” The “Steele dossier” claimed that a tape existed of Trump engaging in lewd acts while visiting Russia, but Rosenberg tells a Project Veritas undercover reporter that the tape “doesn’t exist.”

The Times reporter also talked about what happens in the newsroom at the New York Times, noting that there is “a real internal tug of war between, like the reasonable people and some of the crazier leftist sh*t that’s worked it’s way in there.”

“They’re not the majority, but they’re very vocal, loud minority that dominate social media and, therefore, has just hugely outsized influence,” he noted further, adding he believes that is “alienating” subscribers, whom he describes as “prosperous.”

He went on to describe some staffers at the Times as “bullies” and “not the clearest thinkers, some of them” before describing those who ultimately end up working there “very neurotic people.”

Rosenberg went on to disparage fellow reporter Adam Goldman, saying, “He’s a terrible writer…He’s just not good at conceptualizing things. He’s not good with words. It’s a skill. It’s a hard one.” Rosenberg added that “editors do all his writing for him.”

Asked about the Times’ ongoing legal fight with Project Veritas, he said: “James O’Keefe, that was a f*ck up. We may well lose that one,” said Rosenberg.

Later when he was interviewed by O’Keefe, he said he “absolutely” stands by the remarks he made when he didn’t know he was being recorded.