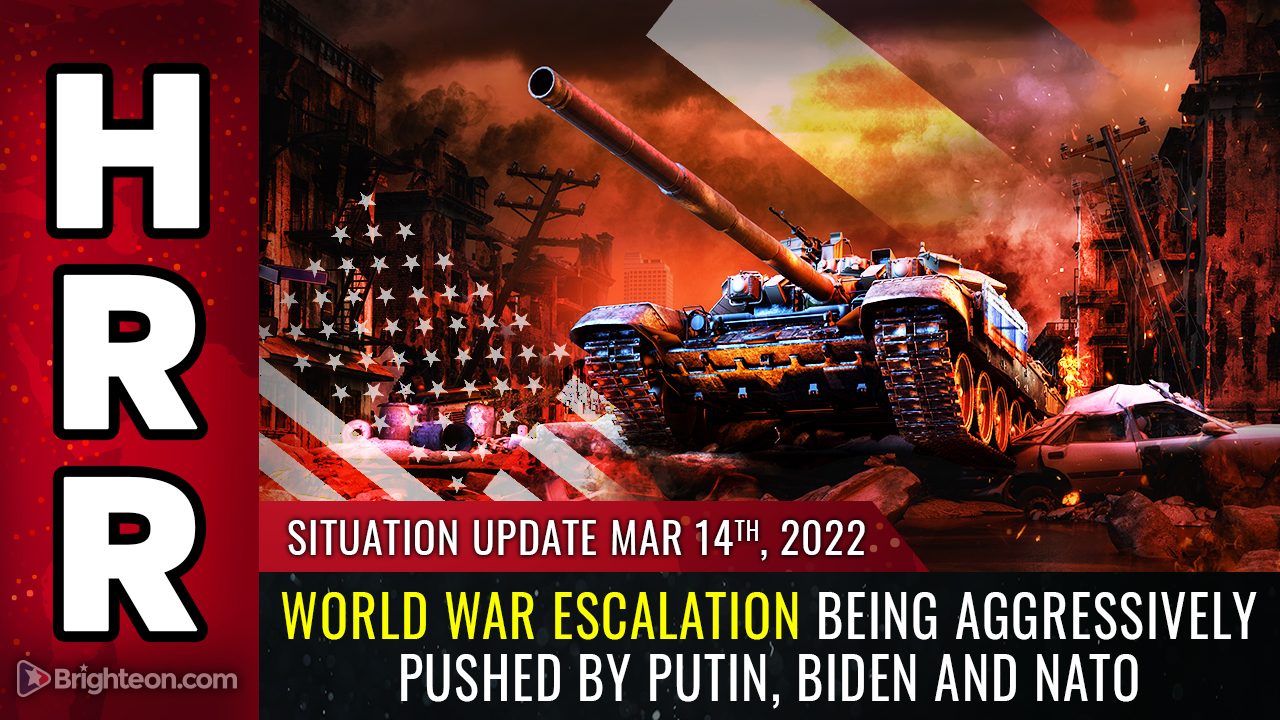 (Natural News) Biden and NATO don’t want peace in Ukraine. They need a world war in order to pick up their depopulation agenda that didn’t achieve the extermination milestones they had hoped to achieve with covid vaccines.

The covid plandemic was launched in order to achieve two key things: 1) Rapid expansion of authoritarianism by terrorizing the population with covid fear, and 2) Global depopulation / extermination through covid vaccines which are actually gene-altering infertility jabs and “clot shots.” These jabs also alter human DNA and result in gradual cancer deaths over a decade. (You will see huge spikes in cancer deaths for 2021 and 2022 once the numbers are officially reported.)

Financial analyst Edward Dowd, who works with statisticians that are analyzing CDC data, has concluded there are so far 1.1 million excess deaths in the United States since the vaccine push began.

Unfortunately for the globalists, the vaccine extermination agenda failed to achieve their depopulation milestones. Although 1-2 billion people will likely die from mRNA vaccines over the next decade (from heart attacks, strokes, blood clots, etc.), this is nowhere near the 7+ billion deaths that the depopulation globalists are trying to achieve.

In order to achieve the much larger die-off they desire, globalists need to decimate the global supply chain that provides food and energy to the world. These are also interrelated since energy (in the form of natural gas) creates nitrogen-based fertilizer that’s used to produce food. In addition, energy is a critical farm input in the form of diesel fuel that powers tractors and transportation trucks.

While war in Europe might kill a billion people if it escalates dramatically, a global food supply crisis could kill many billions of people. Roughly speaking, here are the numbers:

This is exactly why Biden and NATO are deliberately escalating this conflict. They need the excuse of “war with Russia” in order to dismantle the global supply chain of fertilizer and fossil fuels that feeds the world. As mass starvation becomes a reality, it will all be blamed on Putin.

During this engineered escalation, we can all expect to witness the following horrifying effects and events:

In essence, food inflation and scarcity are going to lead to rising social unrest which will be expressed in riots, thefts and violence. This will be exploited by authoritarian regimes to unleash food rationing control systems and outlaw home gardening, seed saving and private food sales. Every crisis, of course, will be blamed on Putin, who is the new scapegoat for everything. (Russia is the new Covid.)

The only way to halt the starvation of billions of people and avoid the scenarios described here is to find peace in Ukraine, reverse the economic sanctions and remove Democrats from power before they completely destroy the existing energy infrastructure that feeds the world.

While we support the idea of clean, free energy such as cold fusion (LENR), we must first create the new energy infrastructure before we transition away from oil over several decades. You cannot simply shut down all combustion engines and farm tractors, then somehow expect to feed the world while pushing electric cars that rely on rare minerals from places like China and Russia (that entire topic is another story altogether). Solar farms and wind farms lack the energy storage / buffering technology to make them reliable for 24/7 power. Even more, tractors don’t run on batteries. You can’t farm without diesel fuel.

Shutting off fossil fuels all of a sudden isn’t an “environmental” plan… it’s a genocidal plan.

Oil is not the enemy of humanity. Tyranny is the enemy, and governments are now actively trying to exterminate the human race by collapsing global supply chains for food, fertilizer and energy.

I cover this and much more in today’s Situation Update podcast: