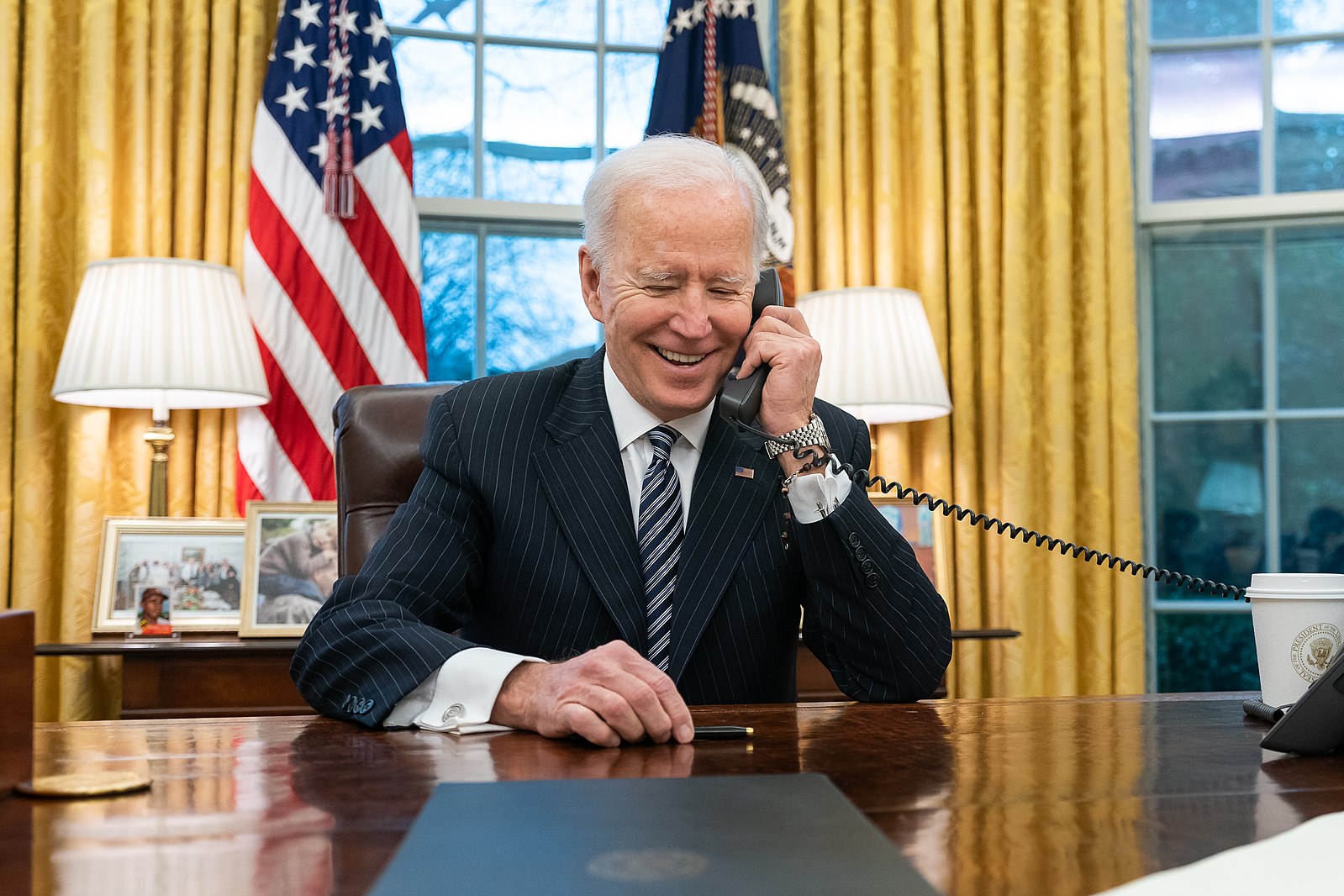 Joe Biden just told the entire world that “a New World Order” is coming, and he insists that the U.S. needs to lead it.  I know how wild that sounds, but Biden really did just say this.  In fact, I am about to share video footage of him saying this with you.  Needless to say, Joe Biden fully understands that “a New World Order” is a loaded term.  For decades, prominent voices have been warning that the globalists intend to create “a New World Order” which will dominate the entire planet.  And for decades, the corporate media and other apologists for the globalists have insisted that it is just a “conspiracy theory”.

But now Joe Biden is openly telling us that “a New World Order” is on the way, and he is also admitting that he wants the United States to lead it…

“Now is a time when things are shifting.  There’s going to be a New World Order out there, and we’ve got to lead it.”

Now that World War III has begun, I suppose that there is no point in hiding their intentions any longer.

But this is still pretty shocking.

Other members of the Biden administration have been letting the cat out of the bag as well.

China has given “tacit approval” for Russian President Vladimir Putin’s latest invasion of Ukraine, in the judgment of U.S. officials, as part of a joint effort to undermine the institutions that American and allied leaders established to minimize conflict in the decades following World War II.

“Russia and the PRC also want a world order,” State Department spokesman Ned Price said Wednesday. “But this is an order that is and would be profoundly illiberal. … It is an order that is, in many ways, destructive rather than additive.”

The State Department is openly framing this conflict as Russia and China vs. the western nations, and that is the exact alignment of powers that I have been warning about for years.

The war in Ukraine has brought this great struggle for control of the world to the forefront.  You see, the truth is that Ukraine has been one of the New World Order’s pet projects.  In 2014, they were able to successfully overthrow the democratically-elected government of Ukraine and install a completely fresh pro-globalist government.  And since that time, the globalists have sunk their teeth deep into that deeply suffering nation of 44 million precious people and have been using it as a testing ground.

If you would like to know what life would be like under “a New World Order”, just consider what is going on in Ukraine right now.

Just this week, the main opposition political party and 10 others were completely banned…

Ukrainian President Volodymyr Zelensky said on Sunday that 11 political parties in his nation that are linked to Russia will be banned, The Washington Post reported.

In a speech posted online, Zelensky said that Ukraine’s National Security and Defense Council agreed to suspend the activities of the parties.

“Given the full-scale war waged by the Russian Federation and the ties of some political structures with this state, any activity of a number of political parties during the martial law is suspended,” Zelensky said during his address.

This would essentially be the equivalent of the Democrats banning the Republicans and kicking all of their members out of Congress.

All in the name of “fighting for democracy”, eh?

In an address to his nation delivered Sunday, Ukraine President Volodymyr Zelensky announced an order “combining all national TV channels, the program content of which consists mainly of information and/or information-analytical programs, [into] a single information platform of strategic communication” to be called “United News.”

The move means the end, at least temporarily, of privately owned Ukrainian media outlets in that country. Zelensky claimed the measure is needed to combat alleged Russian misinformation and “tell the truth about the war.”

We love to criticize Russia for repressing dissenting views, but is it suddenly okay when we do it?

There is no way in the world that Zelensky would have made such moves without the full approval of Joe Biden and other western leaders.

And the corporate media in the western world is totally letting them get away with it.

Without a doubt, I do not want “a New World Order” that is led by Russia and China.

But I do not want “a New World Order” that is led by western globalists either.

Like most people, I just want to be left alone, and I believe that the government should exist to guarantee our basic freedoms.

Why can’t we have that?

Instead, all of this jockeying for global domination has brought us to the brink of nuclear war.

As I have said many times, if the American people truly understood what was at stake, there would be endless protests in all of our major cities.

A nuclear war with Russia would mean the end of our civilization as we know it today.

They are just going to keep doing what they are doing, and everyone will suffer as a result.

And most Americans will soon forget that Biden said anything about it.

But the truth is that Biden knew exactly what he was saying, and this great struggle for global domination that he was referring to could easily lead to unprecedented global destruction.