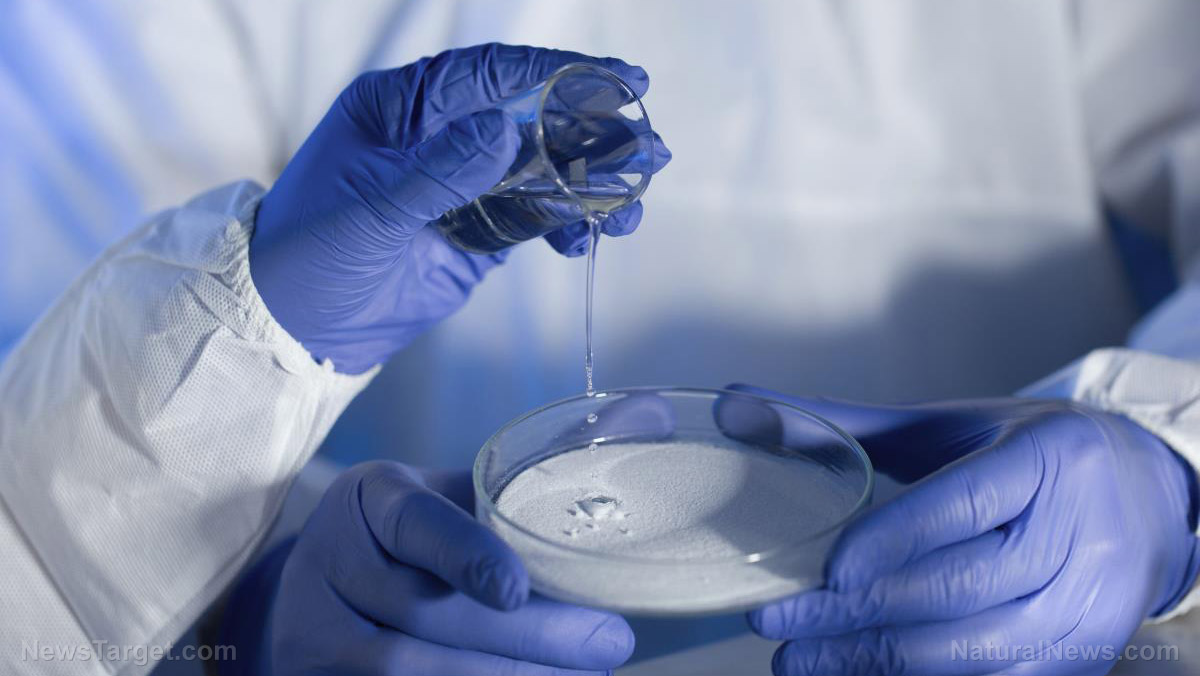 (Natural News) The federal government says it is beefing up its military presence in Eastern Europe in order to “protect its allies against Russia.” However, internal documents show that what American “protection” actually means in practical terms is to conduct horrific biological experiments on allied troops.

It has been revealed that the Pentagon exposed about 4,400 Ukrainian soldiers and 1,000 Georgian soldiers to biological experiments with potentially lethal outcomes. According to leaked documents, all volunteer deaths were to be reported within 24 hours in Ukraine and 48 hours in Georgia.

“Both countries are considered the most loyal U.S. partners in the region with a number of Pentagon programs being implemented in their territory,” writes Bulgarian investigative journalist Dilyana Gaytandzhieva, as relayed by Arms Watch.

“One of them is the $2.5 billion Defense Threat Reduction Agency (DTRA) Biological engagement program which includes research on bio agents, deadly viruses and antibiotic-resistant bacteria being studied on the local population.”

The Pentagon’s “Project GG-21,” as it was code-named, is set to last for five years with a possible three-year extension. The project’s description explains that it involves spreading “arthropod-borne and zoonotic infections among military personnel in Georgia.”

Blood samples were collected from 1,000 military recruits at the time of their military registration and physical exam at the Georgian military hospital in Gori. The samples were then tested for antibodies against the following 14 pathogens:

The 10 ml blood draw samples are to be stored indefinitely at the NCDC (Lugar Center) or USAMRU-G, and aliquots could be sent to the WRAIR (Walter Reed Army Institute of Research) headquarters in the United States for future research.

“Walter Reed Army Institute of Research (WRAIR) is the largest biomedical research facility administered by the U.S. Department of Defense,” explains Arms Watch. “The results of the blood testing will not be provided to the study participants.”

In conducting these heinous experiments, special bilateral agreements were formed to protect the U.S. deep state from all liability

The Lugar Center has become infamous for controversial activities, including laboratory incidents and scandals involving U.S.-based drug giant Gilead, which ran a hepatitis C experimentation program in Georgia that resulted in at least 248 patient deaths.

The Georgian GG-21 project is funded by the Pentagon’s DTRA and implemented by American military scientists from a special U.S. Army unit code-named USAMRU-G, which operates in the Lugar Center.

“They have been given diplomatic immunity in Georgia to research bacteria, viruses and toxins without being diplomats,” reports indicate. “This unit is subordinate to the Walter Reed Army Institute of Research (WRAIR).”

“Documents obtained from the U.S. Federal contracts registry show that USAMRU-G is expanding its activities to other U.S. allies in the region and is ‘establishing expeditionary capabilities’ in Georgia, Ukraine, Bulgaria, Romania, Poland, Latvia and any future locations. The next USAMRU-G project involving biological tests on soldiers is due to start in March of this year at the Bulgarian Military Hospital in Sofia.”

The Ukrainian project was similarly code-named as UP-8 and involved the spread of the Crimean-Congo hemorrhagic fever (CCHF) virus and various hantaviruses. It began in 2017 and was extended a few times until 2020.

Like the Georgian project, the Ukrainian one revealed no details other than to report all deaths within 24 hours.

As of July 30, 2020, DTRA had allocated $80 million for biological research in Ukraine. The U.S.-based Black & Veatch Special Projects Corporation was tasked with running the program there.

Another DTRA contractor operating in Ukraine is CH2M Hill was awarded a special $22.8 million contract from 2020-2023 to reconstruct and outfit with equipment from two biolaboratories: the State Scientific Research Institute of Laboratory Diagnostics and Veterinary-Sanitary Expertise (Kyiv ILD) and the State Service of Ukraine for Food Safety and Consumer Protection Regional Diagnostic Laboratory (Odesa RDL).

Both the Georgia and the Ukraine projects fall under the protection of special bilateral agreements that shield the U.S. government, its personnel, contractors and contractors’ personnel from liability for “damage to property,” as well as “death or injury to any persons in Georgia and Ukraine, arising out of activities under this Agreement.”

“If DTRA-sponsored scientists cause deaths or injuries to the local population they cannot be held to account,” Gaytandzhieva writes.

“Furthermore, according to the US-Ukraine Agreement, claims by third parties for deaths and injuries in Ukraine, arising out of the acts or omissions of any employees of the United States related to work under this Agreement, shall be the responsibility of Ukraine.”

These revelations make the situation in Ukraine a whole lot more complex than just “Vladimir Putin is a madman,” which is what the Western media wants everyone to think.

Ukraine, Georgia and the other countries where the Pentagon has been operating biolabs and conducting biological experiments on soldiers are hotbeds of biological terrorism being perpetrated by the U.S. government. The United States, in other words, is a terroristic threat.

“What is happening is terrible!” wrote someone in response to Gaytandzhieva’s work. “These studies and the data from the investigation of our compatriot must reach all people in Eastern Europe!”

Another thanked Gaytandzhieva for telling the truth instead of pushing Western propaganda.

More related news coverage can be found at Evil.news.