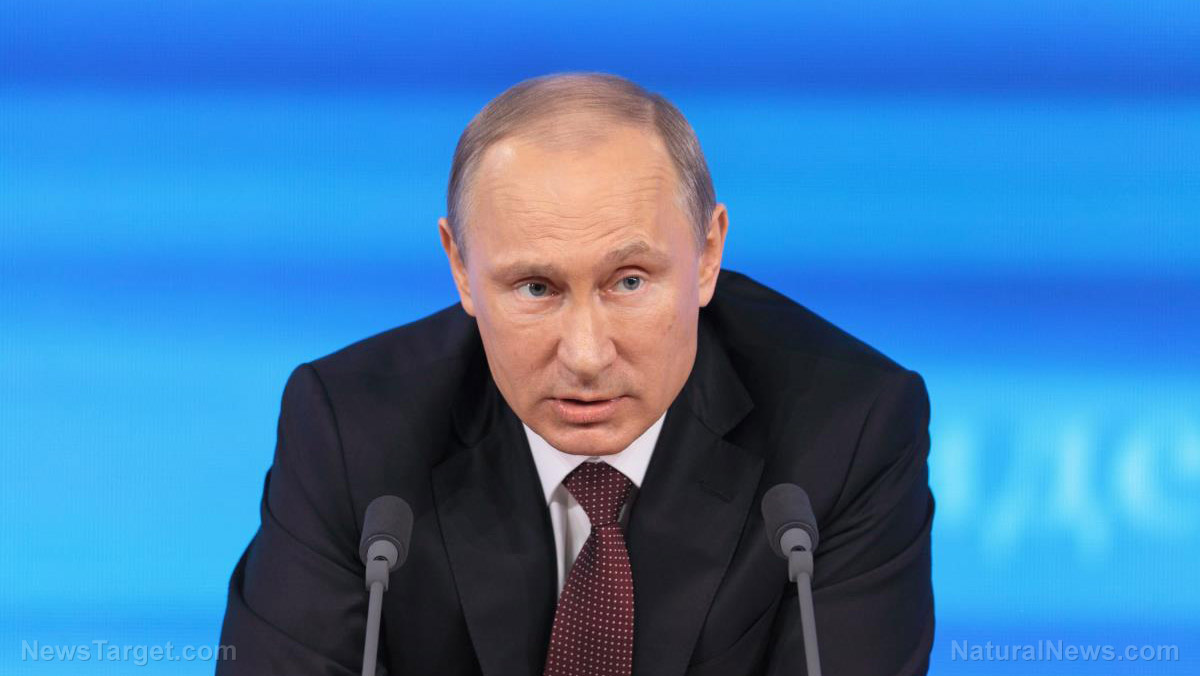 (Natural News) Russian President Vladimir Putin is predicting that the world will move away from the U.S.-dominated financial system after Washington, along with Western governments, seized his country’s currency assets as part of their sanctions for invading Ukraine.

In a video posted to social media, Putin blasted the “theft” of Moscow’s resources and mocked the notion that first-world currency reserve holders are “reliable.”

“Let me reiterate, the whole global economy and trade have suffered a major blow, as did the trust in the U.S. dollar as the main reserve currency” of the world, the Russian leader says in a translated clip.

“The illegitimate freezing of some of the currency reserves of the Bank of Russia marks the end of the reliability of so-called first-class assets,” he added. “In fact, the U.S. and EU have defaulted on their obligations to Russia. Now everybody knows that financial reserves can simply be stolen.”

He added: “And many countries in the immediate future may begin — I am sure this is what will happen — to convert their paper and digital assets into raw reserves of raw materials” such as “land, food, gold, and other real assets.”

Putin predicting dollar and euros demise and everyone moving to "real reserves of raw materials" like "land, food, and gold"

Astute economic analysts foresee a world coming soon which will once again be dominated by hard currencies like gold and silver, as well as other precious metals, in addition to physical assets like land and food because paper fiat currencies and ‘virtual’ currencies like bitcoin are not just increasingly unreliable, they can be — as Putin said — simply stolen from the owner as if they never really belonged to someone else.

Brett Arends, writing in MarketWatch, picked up on something that a leading Russian official said last week that Putin alluded to in his speech.

“Here’s a strong argument for adding some gold bullion to your retirement portfolio right now, alongside those stocks and bonds. And it comes courtesy of Pavel Zavalny, the head of the Russian parliament,” his column begins.

Zavalny spoke last week on the subject of all the economic and financial sanctions being levied against Russia following the invasion of Ukraine. Most of the coverage of his remarks implied that Russia might respond to the sanctions by switching from U.S. dollars to “bitcoin” for international trade.

But a look at the transcript being reported shows something quite different. Zavalny added bitcoin only at the end of a long list of other currency and trading options, almost as an afterthought.

What Arends found far more intriguing was Zavalny’s primary point, though it has been essentially overlooked by most economists (or dismissed outright as insignificant). If other nations want to buy Russian energy and other commodities, from now on “let them pay either in hard currency, and this is gold for us, or pay as it is convenient for us, this is the national currency.”

The ‘national currency’ being rubles.

Notes Arends, “In other words, Russia is happy to accept your national currency — yuan, lira, ringgits or whatever — or rubles, or ‘hard currency,’ and for them that no longer means U.S. dollars, it means gold.”

“The dollar ceases to be a means of payment for us, it has lost all interest for us,” Zavalny noted further, describing the greenback as no better than “candy wrappers.”

Arends adds: “What will this mean? Maybe nothing. Or maybe a lot. Especially if Russia’s lead is followed by countries such as China, India and others — countries that may not welcome Washington’s ability to control the global financial system through its monopoly power over the global reserve currency.”

If Putin is right, those countries won’t.