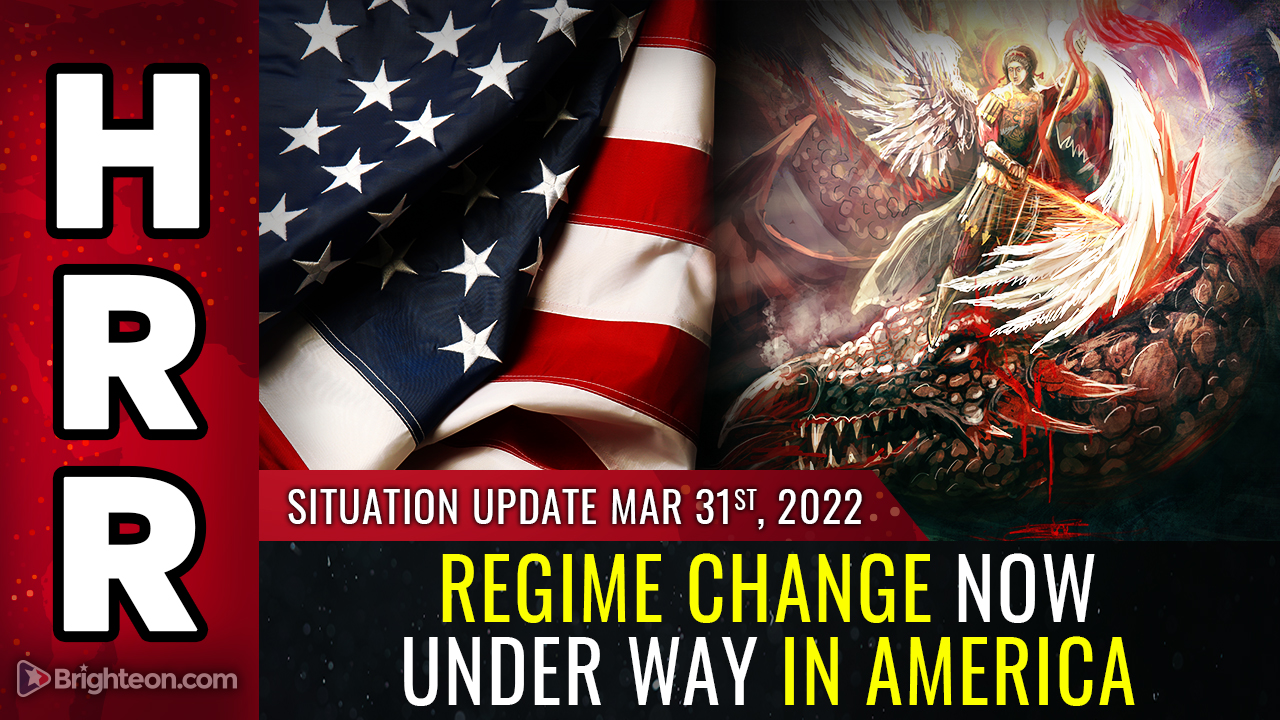 I received intel over the weekend that the IC (Intelligence Community) three letter agencies had come to the realization that if they didn’t stop Biden’s accelerating destruction of America, they would all be wiped out as America collapsed. I shared this intel in a Monday morning podcast and article that you can read here. The title of that article tells the story: “ANALYSIS: Embedded “good guys” are turning against the cabal… It’s ALL coming out… and the awakening cannot be halted.”

Yesterday, the Washington Post and CNN took action that confirmed all this, running bombshell stories that exposed details from Hunter Biden’s “laptop from hell.” In essence, the CIA ordered the Washington Post to start exposing the Biden crime family. This is all being done in preparation for Biden’s removal from power.

Two weeks ago, the New York Times confirmed the laptop exists, and is legit – and confirmed several previously reported aspects of the story, including correspondence between Hunter and his business partner Devon Archer, both of whom served on the board Ukrainian energy giant Burisma.

Today, the Washington Post and CNN are piling on – with the post confirming yet-more details of the laptop contents, and CNN running a blistering segment and reporting that the federal investigation into Hunter is ‘heating up.’

Most of these details were reported and confirmed in several outlets *before* the 2020 election — as opposed to now when it's safe to say it — but they were censored by Twitter and FB based on the CIA lie spread by most corporate outlets that it was "Russian disinformation." https://t.co/WOrzmvlz8y

It’s not yet clear exactly how Biden is going to be removed, but the action is imminent

We don’t have any details on how Biden will be removed, but we are aware that indictment documents for the Bidens are currently circulating among three-letter agencies. The FBI, CIA, NSA, DHS, etc., are all fully aware of the extent of the Biden crimes — as they have been since early 2016, it turns out — and they are now deciding how much to release publicly in order to set the appropriate narrative for Biden to be removed from office.

Hunter Biden will likely be indicted, and Joe will be sufficiently close to the accused crimes that he is forced to resign. So this means the 25th Amendment option isn’t the most likely outcome here. Rather, there will be evidence released from Hunter Biden’s laptop that ensnares the fake president, forcing his resignation as the media fans the flames of outrage.

The reason the IC and media are on board with this is because they need to chain a lot of bad baggage to Biden and then place the blame for all those things squarely on his shoulders while protecting the Democrat brand for other potential candidates. So you’re going to see the media articles and deep state leaks focusing on things that are very specific to official abuse of power carried out by the Bidens themselves, and not anything that would cast a wider net on the DNC or the Democrat party as a whole. After all, they need to limit the damage to the Democrat brand in the 2022 mid-terms.

Crucially, the IC has no intention whatsoever of installing Trump into power, and I want to be clear about that. This isn’t a reversal of the 2020 election theft; it’s simply the IC deep state practicing its own self-preservation emergency procedures to make sure they don’t get wiped out by Biden’s insane, unbounded criminality and incompetence.

(Hear more details in my full podcast, below.)

We have also received important intel — scrubbed of all OPSEC details that might compromise security for US forces — warning about a wave of suicide bombers being recruited in Afghanistan, armed with suicide vests in Iran, then transported to Ukraine and placed under the temporary control of Russian military units. Their ultimate goal is to move into Western European nations (NATO nations are the target) by posing as Ukrainian refugees.

They are armed with kinetic explosive vests which can be easily disassembled and reassembled in order to evade detection during border crossings. Importantly, some of the terrorists are in possession of explosive vests augmented with dirty bomb materials (i.e. radioisotopes). These are not extremely radioactive but are more along the lines of low-level radiation, just enough to make an area unsafe to inhabit and spread the fear of a “radiation dirty bomb.” These materials likely do not pose an acute risk of radiation poisoning, or they would be too unsafe to transport by the suicide bombers themselves.

We are told that suicide bomber attacks are now anticipated in Paris, London, Berlin and other prominent cities in NATO countries. Likely targets will be “soft” targets with high human density such as cafes, concerts, theaters, etc.

Part of this effort is designed to create economic and political instability in the West, combined with the economic difficulties caused by Putin demanding payment for energy exports in Rubles (which goes into effect tomorrow, if it is fully enforced).

Many enemies of the West are seizing upon this moment in history to unleash a variety of attacks from multiple vectors: Currency attacks, kinetic attacks, radiological attacks, refugee “flooding” of NATO nations, energy scarcity, etc.

Terrorists will likely attempt to enter the USA

We are also told that efforts will be made by suicide bombers to gain access to the continental United States (CONUS) with anticipation of suicide bombing attacks on low-security soft targets in the USA. Importantly, this means that our military intelligence believes these suicide bombers will not attempt to go after high-security targets such as the actual White House grounds which are very, very secure, but rather will target unguarded civilians who gather in large numbers at social events such as concerts, restaurants, theaters, etc.

We are not passing this along in order to incite fear in anyone, but rather to help our readers be prepared to anticipate these events which have already been set into motion by the global dynamics of war with Russia, economic sanctions, commodities shortages, currency wars, etc. An individual person’s actual chance of being caught in a suicide bombing in the USA is virtually zero. The far greater risk to us all is how a tyrannical government regime will respond to the escalation in terrorism violence by expanding surveillance of citizens, rolling out more security checkpoints, unlawful searches of ordinary citizens, and potentially even racial profiling of anyone who resembles a Middle Eastern profile.

In other words, the real danger to America is not the suicide bomber terrorism, but the reaction of government tyranny against its own citizens and the exploitation of another crisis to take away individual liberty. Note that the only reason such terrorists have easy access to the continental United States is because the US government outright refuses to secure the southern border. This is all being engineered on purpose.

Get full details on all this and more in today’s Situation Update podcast, which also discusses the detailed ramifications of economic sanctions against Russia and the global currency wars that are targeting the dollar: