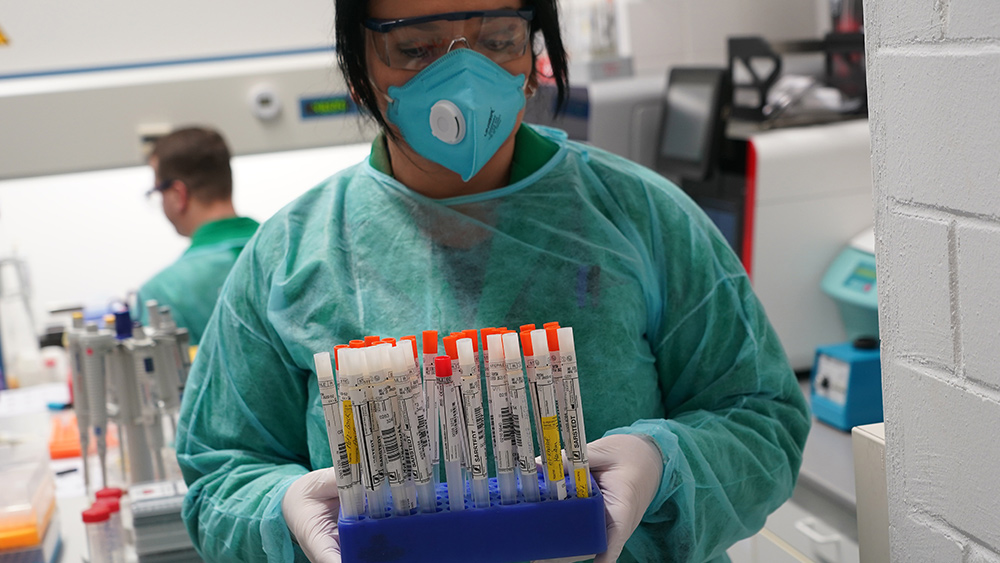 (Natural News) Remember when George “W” Bush said Saddam Hussein had WMDs so the USA could bomb Iraq and steal all their oil? Now there really are WMDs, but they’re not in Iraq, they’re in Ukraine, and created there at secret bio-labs funded by the USA. That’s why the Biden Regime is so adamant about trying to destroy all evidence those labs exist and existed, while violating international treaties to do so. These are serious war crimes (think biowarfare “gain of function” research) by Fauci and his cohorts that Vladimir Putin may be about to reveal to the world.

Russia has discovered USA’s biological materials developed in Ukraine primarily for military purposes, while U.S. pretends for decades to be searching for others’

The United States is building dirty bombs and biological weapons on another continent and in a territory that borders Russia, while we complain about Russia trying to protect their own borders. Meanwhile, the southern border of the USA is wide open for anyone to cross, including terrorists and foreigners with their own dirty bombs, biological weapons and COVID-19 infections. Go figure.

Russia now has evidence that cannot be refuted, that USA has given instructions to Ukraine on how to use these biological weapons, to what end, and with what deadlines. Even our own State Department official, Victoria Nuland, has admitted during testimony that the US has bio-labs in Ukraine, even as fake news MSM is scrambling to deny it.

Is this why the Biden Regime is so concerned about American citizens and conservatives looking into every Ukraine affair and dirty dealings in that country? Maybe it’s not so much about crackhead Hunter and money laundering, and more about this biological war that is being waged and was about to be waged on the world just a few years back.

USA has over 300 biological labs stationed all over the world, with two dozen or more of those in Ukraine

Is Ukraine the real hub of the COVID war? Is Ukraine “ground zero” for the pandemic, rather than the Wuhan lab in China? Why is NATO so concerned with protecting a country that castrates soldiers they capture, creates bio-terror weapons and makes billion-dollar-deals with a crackhead pervert from America? Talk about collusion. This is conspiracy to commit mass murder on a world scale.

Is Fauci funding these Ukraine labs, like Obama did? This could all be happening right now, as fake news and the Biden CCP Regime scrambles to con Americans into feeling sorry for Ukraine and hating everything Russia. The US is currently violating the 1972 Biological Weapons Convention. Russia has officially and formally announced, as stated by a Russian Federation official, “We have found your biological weapons!”

It’s coming time to vote these corrupt American officials out of their offices where they are supposed to represent the ethics and morals our founding fathers put in place. This planning of biological terror by the USA all around the world needs to end, and the people who fund it and lie about it need to be held accountable.

Why do so many Americans put up with this? People who hated Trump certainly don’t want to die from lab-made viruses that the rich gurus running our country right now are covering up. Whether these “gain of function” bat viruses come from Wuhan or Ukraine, the end result is the same–depopulation. Now you know why the Biden Regime is making Russia look so bad and Ukraine so good. It’s a cover up of these labs.

As it turns out, WE are the ones with the WMDs parked all over the world, threatening every other nation. Pay close attention as the biological war on terror unfolds under our own noses and the Biden Regime attempts to destroy those labs using NATO forces and weaponry.

Stay tuned and stay frosty. Tune your internet to Censored.news for huge swaths of truth news about the war in Ukraine that’s being censored from the rest of media as you read this.