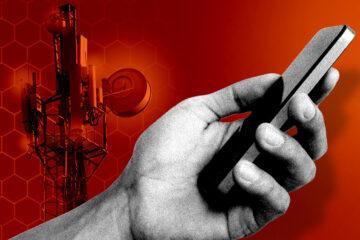 (Natural News) People everywhere are dumping their “smartphones” and returning to “dumbphones,” which are simpler, less digitally connected, and thus more appealing to people who are tired of social media and the global technocracy.

Young people especially are snapping up “brick” and flip phones in order to be engage more with real people in real life as opposed to fake social media life.

Seventeen-year-old Robin West of London told BBC News that she “doesn’t have a smartphone” and has become somewhat of an anomaly among her friends. However, that sentiment is changing as the trend of ditching digital gains traction.

“I didn’t notice until I bought a brick phone how much a smartphone was taking over my life,” West said. “I had a lot of social media apps on it, and I didn’t get as much work done as I was always on my phone.”

“I’m happy with my brick – I don’t think it limits me. I’m definitely more proactive.”

Instead of endlessly scrolling through TikTok like many of her peers, West uses her phone to make calls and occasionally text. The rest of the time, she is living life as a person who is not constantly glued to a digital screen.

Could you live without a smartphone?

West made the decision several years ago as a spur of the moment kind of thing. She was actually looking for a new replacement smartphone in a second-hand shop when she came across an old brick phone.

The cost of the MobiWire device was just £8 (about $10), which was a steal compared to the hundreds she would have had to pay for a replacement smartphone. So, she decided to give it a shot.

It turns out that West’s life improved after opting for the brick phone instead of the smartphone. And as an added bonus, her monthly bills are now much less than they used to be.

According to a report by software firm SEMrush, Google searches for “dumbphones” rose by a whopping 89 percent between 2018 and 2021. Global sales figures are also estimated to have hit one billion units last year, which is up from just 400 million units in 2019.

In the United Kingdom, some 10 percent of mobile phone users use a dumbphone as opposed to a smartphone.

“It appears fashion, nostalgia and them appearing in TikTok videos, have a part to play in the dumbphone revival,” says Ernest Doku, a mobile phone expert from the price comparison site Uswitch.com.

“Many of us had a dumbphone as our first mobile phone, so it’s natural that we feel a sense of nostalgia towards these classic handsets.”

In non-U.S. markets back in 2017, Nokia relaunched its iconic 3310 handset, first released in 2000. The original was the best-selling mobile unit of all time, and the new one continues to gain popularity across Europe.

“Nokia pushed the 3310 as an affordable alternative in a world full of high-spec mobiles,” Doku further explained, noting that while Apple and Samsung models might be glitzier, the Nokia 3310 “can outshine them in equally important areas such as battery life and durability.”

The new Nokia 3310 can last up to a month while powered on in idle mode. Comparatively, the average Apple or Samsung smartphone can only last a full day on a newer, fully charged battery.

“Before I would always be stuck to the phone, checking anything and everything, browsing Facebook or the news, or other facts I didn’t need to know,” said Przemek Olejniczak, a Polish psychologist who swapped his smartphone for a Nokia 3310.

“Now I have more time for my family and me. A huge benefit is that I’m not addicted to liking, sharing, commenting or describing my life to other people. Now I have more privacy.”

More related news about the shift away from smartphones can be found at Technocrats.news.