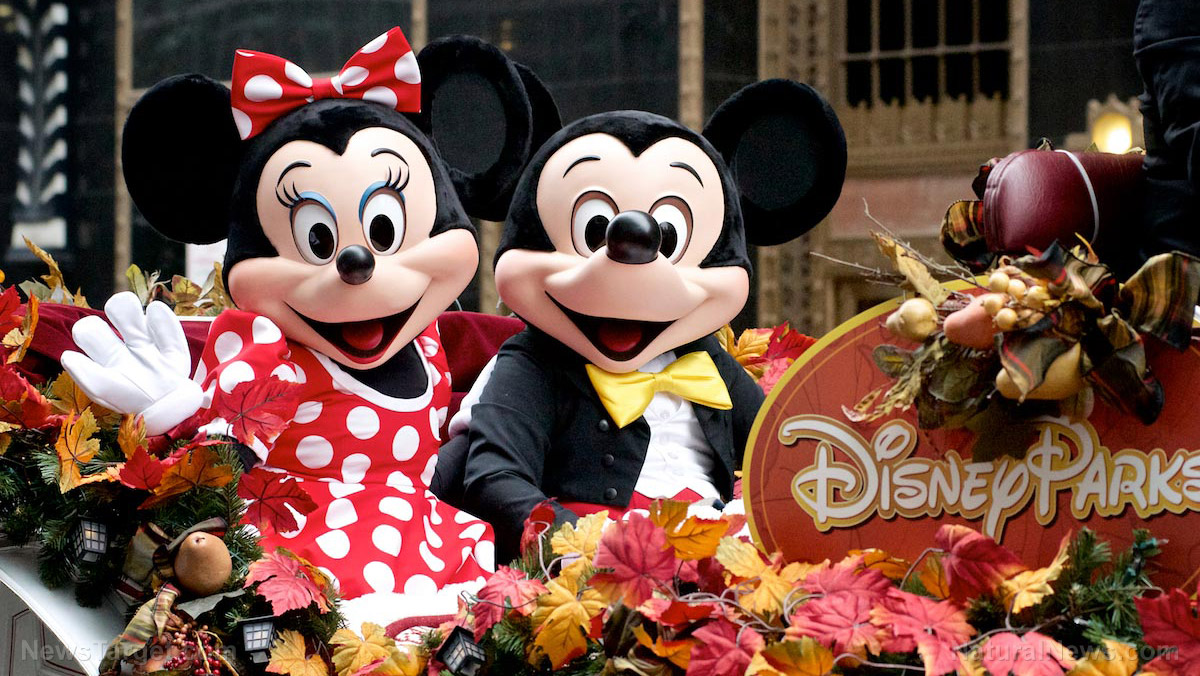 (Natural News) Executives and producers at the Disney Company are not making many friends in the state of Florida and beyond as the entertainment behemoth continues pushing a “woke” agenda that many feel is extremely harmful to children.

In addition, the company is wading into political matters in opposing a “parental rights” bill in the Sunshine State in response to an outcry from a minority of very vocal left-wing staffers, which has led to a harsh response from Gov. Ron DeSantis (R).

The pushback on Disney comes on the heels of videos posted by Manhattan Institute fellow Christopher Rufo showing producers and entertainment executives discussing how they plan to add, and are adding, LGBTQ and “queer” content into as much programming as possible.

“In my little pocket of Proud Family Disney TVA, the showrunners were super welcoming . . . to my not-at-all-secret gay agenda,” she said. “Maybe it was that way in the past, but I guess something must have happened . . . and then like all that momentum that I felt, that sense of ‘I don’t have to be afraid to have these two characters kiss in the background.’”

“I was just, wherever I could, adding queerness,” she added. “No one would stop me, and no one was trying to stop me.”

SCOOP: I've obtained video from inside Disney's all-hands meeting about the Florida parental rights bill, in which executive producer Latoya Raveneau says her team has implemented a "not-at-all-secret gay agenda" and is regularly "adding queerness" to children's programming. pic.twitter.com/eJnZMpKIXT

In addition to the troubling ‘children’s content,’ Disney CEO Bob Chapek has said that his company would join a legal fight against Florida’s newly enacted “Parental Rights in Education” bill, which bars teachers from talking about sexual orientation and transgender topics with youngsters from kindergarten through the third grade. Republicans who support the bill, including DeSantis, have defended it, saying such topics are not appropriate for younger children because they are not yet mentally developed enough to handle the intricacies and complexities of those subjects.

The woke content and the vow to fight the law have led to major pushback from GOP lawmakers including Rep. Jim Banks (R-Ind.), who said he will vote against extending Disney’s special copyrights and legal protections in a couple of years when they come due again.

Banks: If they’re going to attack the American laws… they don’t deserve the special laws and protections.. I wrote Disney today and said “when your copyright laws expire… I’m not gonna vote for it” pic.twitter.com/gobaTdJrHr

“If [Disney] is going to attack the American laws put in place by duly-elected governors and representatives at the state level, then they don’t deserve all the special laws and protections that are granted to their company,” he told Fox News on Friday, adding that he has sent a letter to the company informing them of his decision.

Meanwhile, DeSantis also told Fox News on Friday that he would consider revoking Disney’s decades-old special “self-governing” status awarded to the company in the late 1960s when it chose the Sunshine State for a new theme park location. “And so the political influence they’re used to wielding, I think has dissipated. And so the question is, why would you want to have special privileges in the law at all? And I don’t think that we should,” he said.

The New York Post reported that “in 1967, Florida created the Reedy Creek Improvement District, a semi-private, independent governing entity controlled by Disney. It gave the company the power to approve construction projects for its theme parks as well as build and manage the necessary infrastructure to support its operations.”

The district was also empowered to levy its own taxes and then use the revenue to build public services and maintain roadways and bridges.

If the GOP-led state government repeals the law, Disney World and all of its properties would be regulated by Orange and Osceola counties in central Florida.

“Over many, many decades…they’ve gotten incredible treatment from the Florida legislature and they are treated on a pedestal, this one corporation is treated differently than everybody else,” DeSantis told Fox & Friends.

“That’s not something I’ve ever supported,” he said. “But now in the Legislature, you see a movement to reevaluate those special privileges. And so at the end of the day, I think Disney has gotten over its skis on this.”

“There’s policy disputes and that’s fine, but when you’re trying to impose a woke ideology on our state, we view that as a significant threat,” he added.