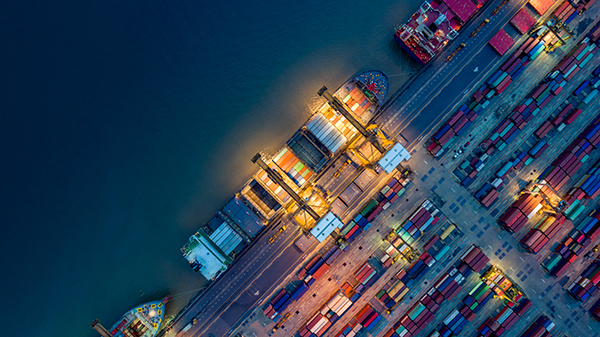 (Natural News) As bad as things currently are on the supply chain front, experts say that they are about to get a whole lot worse.

During a recent earnings call, J.B. Hunt Chief Commercial Officer Shelley Simpson explained that come summer, the world as we currently know it may no longer be recognizable.

“We do forecast [things] to get a lot worse as we come into the summer months, particularly with what’s happening in the supply chain from an ocean perspective or in China coming inbound,” she said.

The latest round of Wuhan coronavirus (Covid-19) lockdowns in China, and specifically in Shanghai, have shut down the city’s ports and left goods carriers floating out in the ocean with nowhere to port.

We saw the same thing last year here in the United States – and actually, there are still barges floating off the West Coast, further threatening the already delicate American supply chain.

“I do think there has been a temporary relief in the dislocation from labor shortages and also just where shipments are located,” Simpson added.

“If you actually look at the live screenshot of what’s happening in Shanghai, the ships are – it looks just like a lot of ships and a little bit of water. And so that certainly is going to make its way back into the U.S. here this summer.”

Was this ever really about saving lives?

The situation in Shanghai, just to keep you informed about the latest, is dire. The city of roughly 26 million people is mostly locked down; people are committing suicide; and it is basically a hellscape.

“The Chinese regime started a citywide lockdown for the trade hub of over 26 million residents on April 1 after a partial lockdown began on the east side of the city at the end of March,” reported The Epoch Times.

All this for a handful of new “cases” of the Omicron (Moronic) BA.2 subvariant of the Chinese Virus which is nothing more than a “positive” indicator on a fraudulent PCR test.

Nobody is sick or dying from any so-called virus, and yet 26 million people are being forced to stay inside, many of them without food, while the Chinese Communist Party (CCP) shuts down international trade in and out of Shanghai’s ports.

Is this really about saving lives? Or is something else afoot in terms of an engineered global collapse and “great reset,” which already appears to be in motion and rapidly escalating with each passing day?

“The shutdown in the city and China’s measures to control the pandemic elsewhere have hurt the economy and rattled global supply chains,” the Times further reported.

“Millions of people in Shanghai have struggled with income losses, lack of steady food supplies, separation of families, and poor conditions in quarantine centers … The massive lockdown is also sending a new ripple through global supply chains for goods ranging from electric cars to iPhones in the United States.”

The only lives being saved amid all this chaos is the billionaire class and those engineering this coordinated takedown of the global economy. And tens of millions of people just in the United States alone are falling for their own culling at the hands of insane psychopaths who believe that your life must be sacrificed to preserve theirs.

The latest news about the collapse of the global economy can be found at Collapse.news.