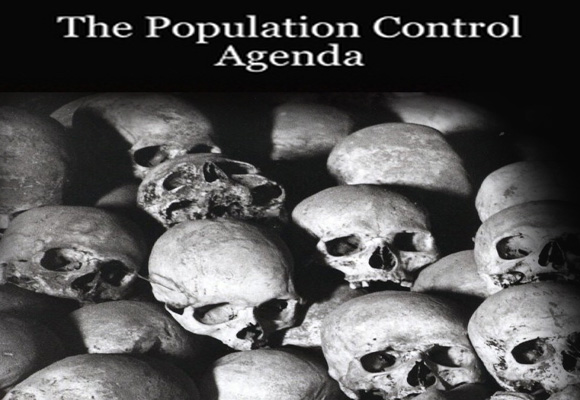 (Natural News) New evidence has emerged to show that millions of taxpayer dollars sent overseas by the United States government as “COVID relief” were actually used to fund abortion and population control measures.

Receipts from a USAID grant agreement established in 2020 show that depopulation operations were disguised as Wuhan coronavirus (COVID-19) “aid,” and that American taxpayers were forced to foot the bill for all of it (Related: USAID is also linked to Peter Daszak’s EcoHealth Alliance).

The notorious eugenics group Pathfinder International has now been exposed for its complicity in a multi-million dollar federal government scheme to stealthily use pandemic “disaster relief efforts” as a blank check to push population control agenda in other countries.

“A closer look reveals a corrupt, decades-long agenda at USAID whereby leftist elites have used taxpayer dollars to fund their ideological priorities at the expense of the American people,” reports Revolver.news.

“Funneling dark money through deliberately vague grants is a method USAID has used for decades to exploit world disasters and advance the globalist elite agenda. The federal grantmaking process is convoluted for a reason.”

Most “aid” money is just laundered money being trafficked by criminals

It is safe to say that most American taxpayers probably have no clue that their hard-earned money was spent this way. By funneling it overseas as “aid,” the federal government cloaked its true intentions, as it routinely does.

Almost everything posited as “aid” or “support” is merely money laundering in disguise, in this case for the purpose of ending human life when the stated goal was to help save it.

“Grants have become the mechanism of choice for bureaucrats to abuse their power, and use their ‘expertise’ to ignore the everyday Americans who pay them,” Revolver.news adds.

“They are a Trojan Horse deployed by the Administrative State to divert funds to malicious activities, often under the auspices of justice and humanitarian concern.”

One such grant was for $500,000, and it was sent to Pathfinder in July 2020 through a program called “Responding to COVID-19 in Hotspot Areas of Ethiopia.”

“The vague title mirrors dozens of similarly-worded grants the government disbursed to various ‘humanitarian’ organizations which operate as fronts for population control and other globalist priorities,” reports reveal.

A closer look into this grant shows that almost nothing was stated clearly as to the specifics of how it would be spent. Other than the names of the receiving organizations, total dollar amounts, and short, one-sentence descriptions, nothing further was disclosed.

And this is how almost all of the grants were through this program. They were carefully disguised as being humanitarian, but none of the money was actually spent helping anybody in need of real assistance.

“… while USAID claimed money was sent to Pathfinder to ‘respond to COVID-19,’ the grant agreement outlines what the actual intent was: to increase sexual and reproductive services for 1.5 million Ethiopians,” Revolver.news further explains.

“The grant glosses over this by pretending that USAID funding would support the government’s efforts to ‘suppress’ COVID-19. But the real virus Pathfinder wanted to suppress was the number of ‘unintended pregnancies’ and ‘other adverse sexual and reproductive health outcomes’ it argued would grow rampant during the pandemic.”

By manipulating the public into believing that these health services were “essential” during the plandemic, Pathfinder was able to gloss over the truth and effectively get away with spending American taxpayer dollars to sterilize Africans and murder their unborn babies.

It turns out that one of Pathfinder’s primary goals during the plandemic was to make abortion an “essential” medical procedure in Africa. It appears that this was a success, thanks to American taxpayer dollars sent there by the U.S. federal government.

More related news can be found at PopulationControl.news.