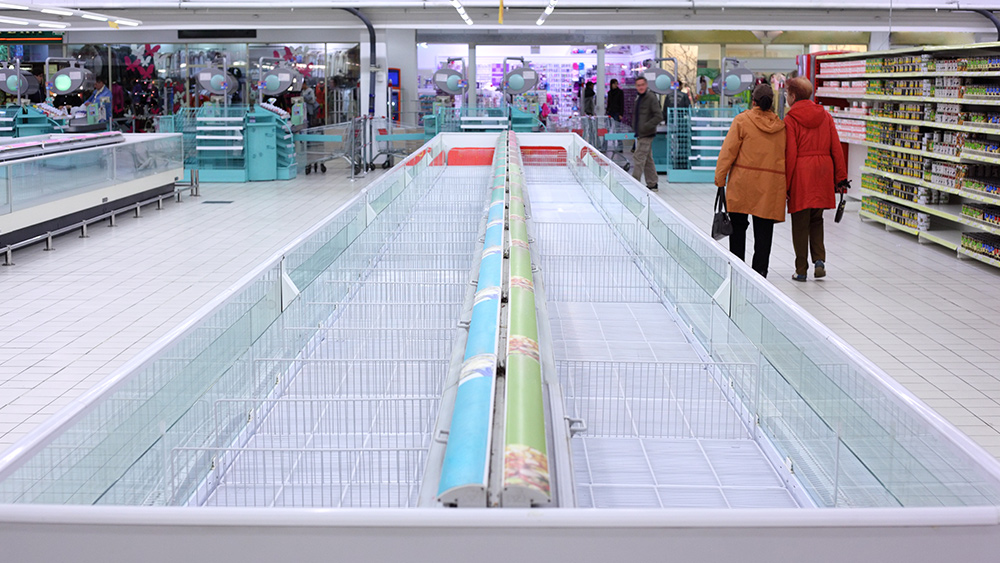 “America [has] the most fertile farmland in the world, it’s always had some of the cheapest food prices in the world. That could be changing,” warned Carlson. “All of a sudden, prices are skyrocketing for staples, your grocery store is not full. It means that our country’s food supply is not secure.”

Gallagher also pointed out that, in the past six months, there have been 17 incidents of fires, explosions and even two plane crashes that have hit food processing and storage plants.

From 2017 to 2019, there were only between six to eight incidents of fires and explosions at food processing and storage plants per year. Last year, that number increased to 11.

“It’s interesting that, despite the bad timing and a huge uptick in the destruction of food plants so far, there does not appear to be a public and wide-scale investigation by either the FDA [Food and Drug Administration] or the U.S. Department of Agriculture,” noted Gallagher.

“We’re not saying any one group is responsible for these fires. We don’t really know what this is about. But we do know it’s happening during what is turning out to be a disastrous year for food production in the United States,” said Carlson.

Even if no food storage or food processing plant in the U.S. was hit, food production for this year is still on the decline. Carlson himself pointed out different factors that are hampering the agriculture industry’s ability to feed Americans.

One of the big problems is the ongoing avian flu outbreak in the U.S. that has already resulted in the deaths and deliberate culling of over 30 million chickens and turkeys.

Biden admits food shortage to be a reality for Americans

President Joe Biden himself has already admitted that food shortages are going to be a reality for Americans, and he said this is because of the sanctions his government and its allies in the Western world have placed upon Russia for its invasion of Ukraine.

“With regard to food shortage, yes, we did talk about food shortages, and it’s gonna be real,” he said last month during a press conference at a North Atlantic Treaty Organization summit in Brussels, Belgium, following a meeting with other leaders.

Biden then called Russia and Ukraine the “breadbaskets” of Europe for wheat. He insisted that he had a “long discussion” with G7 nation leaders about the need for their countries to increase food production and to provide each other aid during shortages. (Related: USDA: 69% of total U.S. winter wheat production currently in drought zones… sharp decline in yields right around the corner.)

“We talked about urging all the European countries – and everyone else – to end trade … limitations on sending food abroad,” said Biden. “And, so, we are in the process of working out with our European friends what it would take to help alleviate the concerns relative to the food shortages.”

“While we’re not expecting a food shortage here at home, we do anticipate that higher energy, fertilizer, wheat and corn prices could impact the price of growing and purchasing critical fuel supply, food supplies for countries around the world,” said Psaki at the time. “And early estimates from the World Bank suggest disproportionate impacts on low and middle-income countries, including in Africa, the Middle East and Southeast Asia.”

Learn more about food shortage concerns in America at FoodCollapse.com.

Watch this clip from Fox News as Carlson and Gallagher explain in detail the state of America’s food systems and how close the country is to becoming food insecure.

This video is from the Son of the Republic channel on Brighteon.com.

Following rash of fires, FBI warns that food plants will be targeted with cyberattacks.

Perfect storm: Pandemic, climate, war all contribute to food shortages around the world.