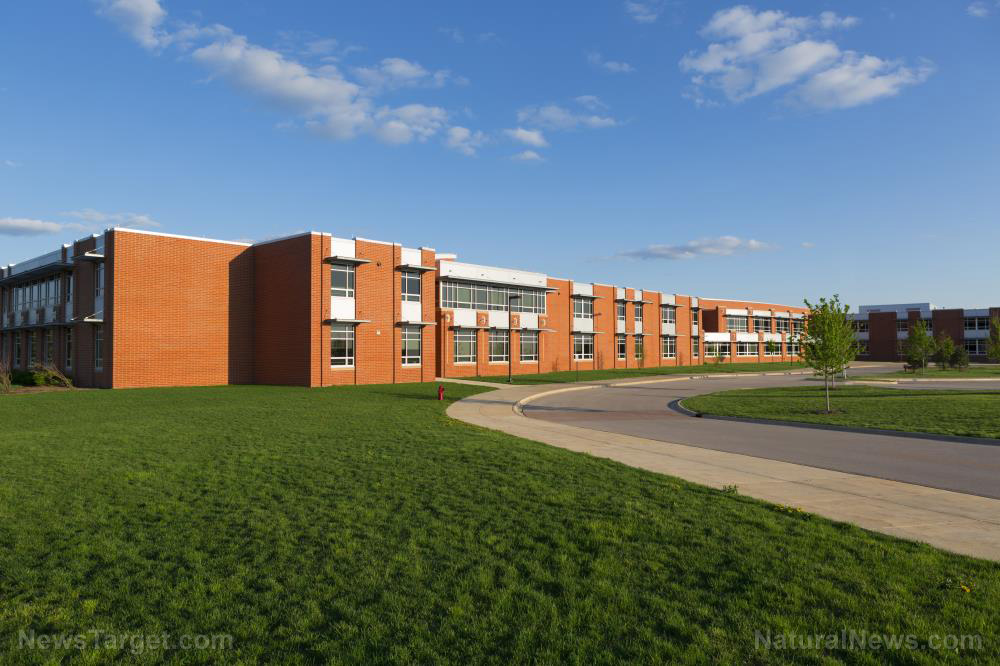 (Natural News) The beauty of the First Amendment’s religious freedom clause is that it also prohibits government entities from requiring Americans to believe in, observe, or practice a ‘state-sanctioned’ religion.

That means, of course, that not only do Americans have ‘freedom of religion,’ they also have ‘freedom from religion’ if they so choose.

That includes public schools, in which federal courts, for years, have applied a doctrine of ‘separation of church and state’ to forbid them from allowing students to pray if they want or to post and recite the “Pledge of Allegiance” because it contains the phrase “under God.”

So that concept should also apply to the ‘Church of Satan,’ which teaches that God’s antithesis should ‘rule the earth’ and that all should worship the Devil. And yet, in one Illinois elementary school district, it doesn’t apply.

“An Illinois elementary school is generating headlines after a flyer advertising an after-school Satan club surfaced online,” BizPac Review reported this week, citing local outlets. “The club meetings would be sponsored and hosted by the Satanic Temple and would take place after hours but on school property.

“The flyer described the club meetings as being based on ‘a uniform syllabus that emphasizes a scientific, nationalist, non-superstitious worldview’ and are set to be held over a period of five days at Jane Addams Elementary School in Moline,” the news outlet continued.

Dr. Rachel Savage, superintendent of Moline-Coal Valley Schools, said that school officials and teachers are not involved in the club, according to Belleville News-Democrat. Also, she noted that the flyers were placed in the school’s lobby and that parents are required to sign a permission slip so that their kids can attend, which is the same for Boys and Girls Scouts clubs and others. Plus, she noted further, the board of education offers its facilities for community use.

“To illegally deny their organization to pay to rent our publicly-funded institution, after school hours, subjects the district to a discrimination lawsuit, which we will not win, likely taking thousands upon thousands of tax-payer dollars away from our teachers, staff and classrooms,” Savage said in a statement Wednesday, Jan. 12.

“Flyers and promotional materials for these types of groups are approved for lobby posting or display only, and not for mass distribution,” a spokesperson added. “Please note that the district must provide equal access to all groups and that students need parental permission to attend any after-school event. Our focus remains on student safety and student achievement.”

But would it be an illegal denial, given that Satanism is considered a religion by those who observe and practice it? And according to subsequent federal court rulings, ‘separation of church and state’ is currently the legal standard by which such decisions are made.

The founder of the Satanic Temple told a local outlet: “We thought it would be nice to offer an alternative to that type of horrific indoctrination.”

Social media users went back and forth on the issue of having the temple on school grounds.

If you can have a Christian club, why not? Satanism has good things in it. But I bet all you lot criticising it haven't even studied it.

Bc you can’t have a Christian club in public school. It’s called separation of church and state and there have been several very public cases of Christians batting with school districts over prayer and other Christian ideologies. Literally like pay a single gram of attention.

If Fellowship of Christian Athletes is allowed, or a Muslim Student Association, etc., as an after-school club, the First Amendment protects this club too, distasteful though it may be

The truly scary part about this is the comments section. It’s unbelievable how many people actually AGREE with this! Folks, we are in the end of days. Find Jesus Christ before it’s too late!