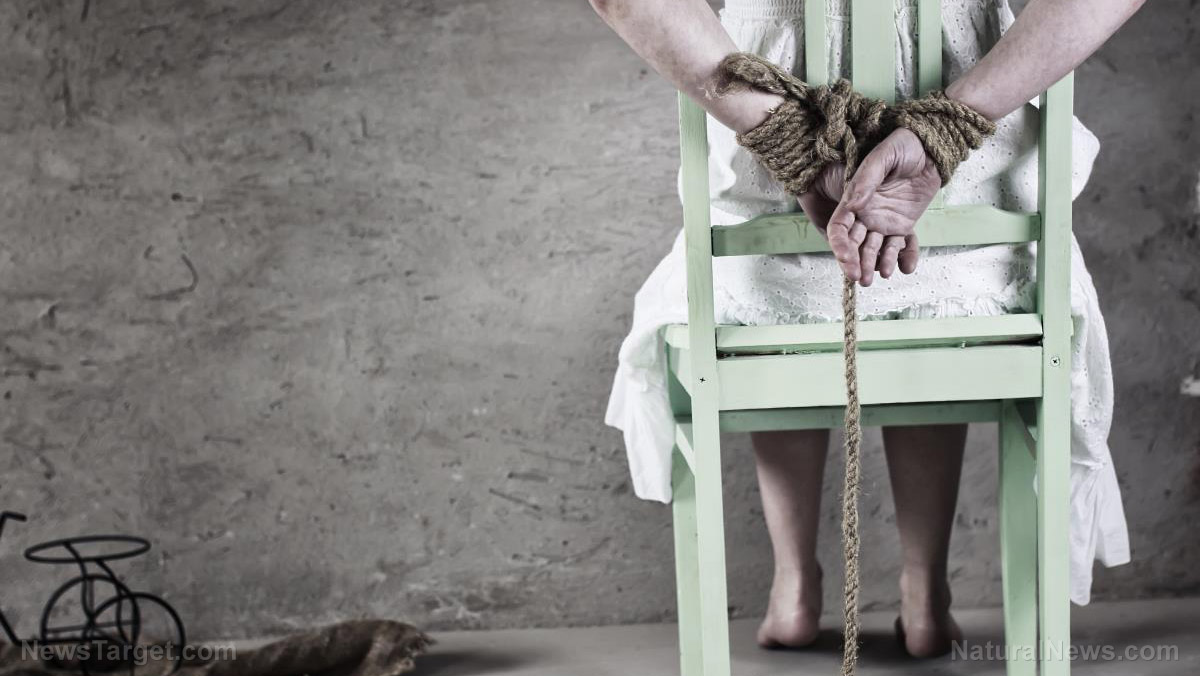 (Natural News) A 15-year-old girl from Texas disappeared after going to the washroom during a Dallas Mavericks game at the American Airlines Center on April 8. It turns out that she was kidnapped and sold into sex slavery for 11 days before authorities caught up with the culprits.

According to reports, the child was with her father at a basketball game when the incident occurred. She innocently went to relieve herself, only to be apprehended by the culprits. (Related: Facebook and Twitter are both hubs for child trafficking and pedophilia.)

“My heart breaks for the unimaginable things my daughter had to endure for the 11 days she was taken, and I am so glad she is safe as we work towards her recovery,” said the girl’s mother in a statement.

The girl never would have been rescued, however, had Oklahoma City police not intervened. In Texas, current laws prevent police from investigating a missing child unless there is solid evidence of a kidnapping as defined by law enforcement.

The family of the girl had attempted to get Dallas police involved with investigating the kidnapping since it occurred under their jurisdiction, but they refused. It was apparently not enough evidence that the girl disappeared and never returned upon leaving to the washroom.

Oklahoma City police, meanwhile, helped the family by tracking down their child, who was seen in nude pictures on a prostitution website. The girl was then found in person at an Extended Stay America Hotel and brought back to her family.

When the incident first occurred, the girl’s father immediately notified the stadium and its security team. It turns out that the girl was seen leaving the arena with several men.

The father was then told to go home, only to find that Dallas Police were not going to help him find his child due to Family Code laws that bar investigations into missing children.

“My daughter went missing in the city of Dallas, this is a Dallas case, but they refused to open a case for her,” the girl’s father told KFOR.

Six days later, the girl’s family reached out to the Texas Counter-Trafficking Initiative nonprofit, which identified the locale where the girl was being held.

Dallas Police spokesman Brian Martinez told the Daily Mail (UK) that the case needed to be filed in North Richland Hills because that is where the teen lives, and because it is a juvenile case.

“On April 8, 2022, an off-duty Dallas police officer working the Dallas Mavericks game was notified of a missing person at the game,” a statement from the Dallas Police Department reads. “The event and location was [sic] searched that evening.”

“Texas Family Code (51.03 b. 3) dictates that missing juveniles are investigated as runaways unless there are circumstances which appear as involuntary such as a kidnapping or abduction. Those cases per code are to be filed where the juvenile resides.”

“A report was generated by Dallas Police and Dallas Police assisted the North Richland Hills Police Department (lead agency as that was where the teen resided) and a bulletin about the missing teen was created and went out to the department on April 11, 2022.”

Gonzales is said to be the one who took the nude pictures of the girl and posted them online. She has been charged with human trafficking and distribution of child pornography.

More related news stories can be found at Trafficking.news.