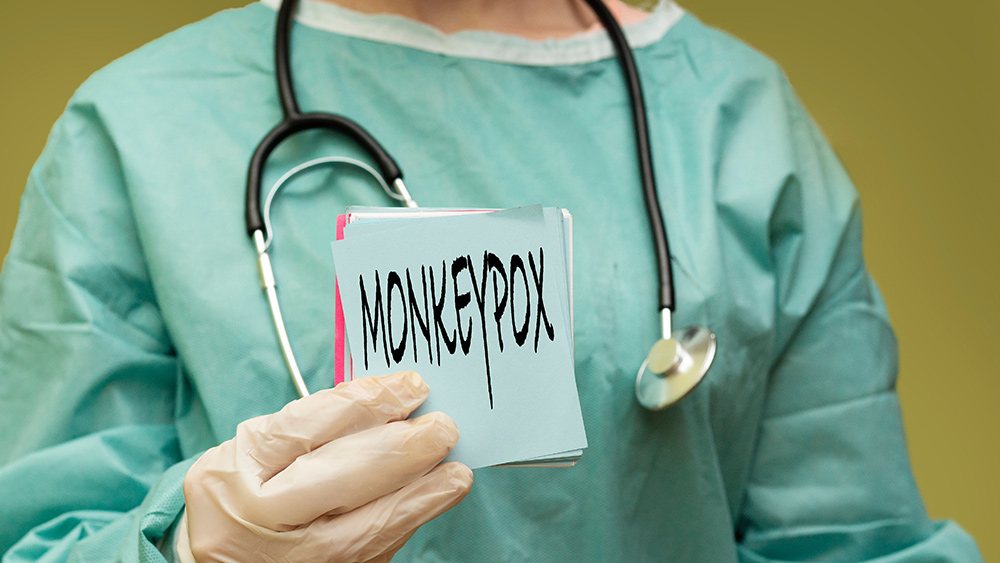 (Natural News) Well-known epidemiologist and cardiologist Dr. Peter McCullough told the public to remain calm amid reports of another viral outbreak, this time courtesy of the monkeypox virus.

“I have to tell you, we have such a lead time on this illness,” McCullough said during a recent episode of “The Alex Jones Show.”

“There should be absolutely no panic. It’s almost analogous to chickenpox and someone having lots of pustular vesicular lesions is readily identified. We can manage this. The treatment is actually very well tolerated. TPOXX drug taken twice a day is perfectly fine.”

The Dallas-based internist added that the American people don’t need 13 million doses of monkeypox vaccine, alluding to the number of vaccines ordered by the federal government against the disease after just one confirmed case on U.S. soil.

McCullough said people have never had so much news regarding microbial threats to the human population and a person can only surmise that so much of it is contrived. Host Alex Jones, who was also joined in the episode by author John Leake, agreed. He said there is a lot of hype and PR sales campaign about the monkeypox outbreak. (Related: New engineered pandemic: US buys millions of vaccines as monkeypox outbreak hits Europe and North America)

Leake called it an operation “warp spend” that seeks to trigger a flood of money purportedly to deal with an emergency.

The Wuhan coronavirus (COVID-19) pandemic has apparently provided government officials of the perfect blueprint to make money from health crises. Jones, the Infowars founder, noted that trillions of dollars had been issued worldwide by different governments for the COVID-19 pandemic.

Leake, co-author of the book “Courage to Face COVID-19” along with McCullough, said the CARES Act of March 2020 created overnight 10 percent of the United States’ gross domestic product for the people who had worked and planned the pandemic. He added that the usual suspects are at it again with the monkeypox outbreak.

That’s why McCullough thinks it’s imperative for the public to know that there’s no need to panic over monkeypox.

He explained that monkeypox is in the same family as smallpox and it causes a pustular type of illness or skin-based illness. It has very little respiratory component and it is transmitted from animals to humans.

The cardiologist added that there have only been 700 reported cases of monkeypox over the last half-century, and that almost all of the cases have come out of the Congo region in Africa. McCullough recalled that an outbreak happened in the U.S. in 2003, with 70 reported cases. He said a group of animals from Africa spread the monkeypox virus to humans that time.

Purchase of millions of vaccine doses is a hyperbolic response

McCullough called the purchase of millions of vaccine doses for monkeypox “a hyperbolic response.” He added that he can’t imagine a company that hasn’t had any sales on their monkeypox vaccine getting an infusion of millions of dollars of cash.

An oral medication stockpile of two million doses is also available, McCullough said, making the purchase of millions of vaccines even more puzzling.

McCullough added that monkeypox is easily treated with available drugs and that it is mainly a cutaneous skin lesion. He also said that the only mortality that occurs is in regions where there is no general medical care support for patients who get ill, dehydrated, among others.

The doctor and book author, who has been a leader in the medical response to the COVID-19 disaster, noted that there is already a charged fear that the pox viruses are going to be specifically used for bioterrorism.

Jones then played a video clip of Bill Gates talking about the next pandemic that is going to happen.

In the clip, Gates mentioned that a World Health Organization-level Global Pandemic Task Force is doing surveillance and “germ games” to prepare for a possible bioterrorist attack.

Jones pointed out that the Microsoft co-founder and philanthropist was already telling people about the next big thing in November last year.

Leake said people should really examine this outbreak very closely with Gates suddenly talking about monkeypox. He also mentioned that during the 2003 monkeypox outbreak there were guinea pigs housed with Ghana pouch rats that were brought in from Africa and eventually spread it to 70 people in America.

The author said there was no hysteria and talk about needing to buy millions of doses of vaccines during that time.

Follow Outbreak.news for more news about the current monkeypox outbreak.

Watch the video below to know more about the monkeypox outbreak.

US developing lethal, new genetically engineered viruses, including MOUSEPOX and MONKEYPOX… will these be used to demand MORE JABS in the name of “public safety?”

Here we go again: MONKEYPOX is the next “scariant” being unleashed on the world to demand vaccine compliance.

First case of rare monkeypox virus reported in Singapore – here’s what you need to know.