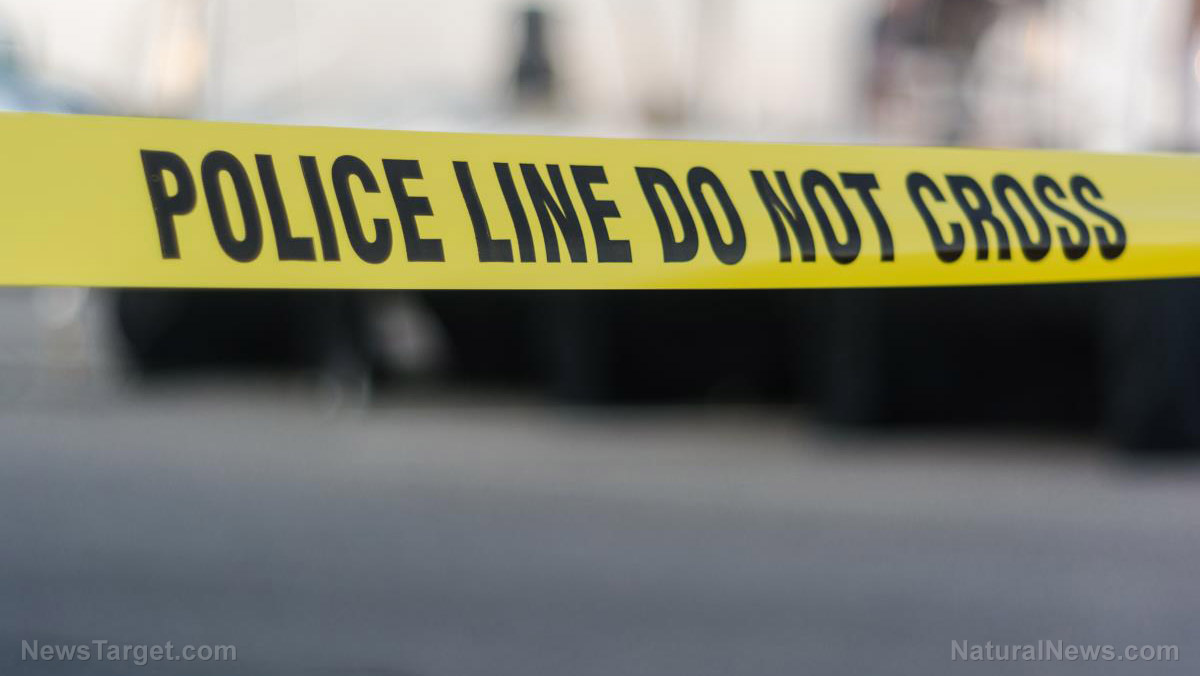 (Natural News) A mother trying to save her two children at the Robb Elementary School shooting incident in Uvalde, Texas was handcuffed by federal marshals.

“The police were doing nothing. They were just standing outside the fence. They weren’t going in there or running anywhere,” said Angeli Rose Gomez, who drove 40 miles to the school to try to save her children as quickly as she can.

Gomez was one of the several parents demanding the officers to stop waiting around and go into the school themselves. It was then that the marshals approached her and put her in handcuffs,” the Wall Street Journal reported.

The enforcers informed her that she was being arrested for “intervening in an active investigation.” A few moment later, the mother was able to convince the authorities to free her – then she broke into a run; jumped a fence; and ran inside to rescue her kids.

Gomez shared that she also saw one father pepper-sprayed and another one tackled and thrown to the ground by the marshals as he tried to go to the school. The latter lost his 10-year-old daughter in the slaughter.

Social media posts showed footages of other parents calling for the law enforcement to do something and try to get into the school. The police had set up a perimeter around the building while the ordeal was taking place.

Witnesses of the horrific incident, mostly parents of the children, are outraged on the kind of response showed by the the authorities.

A woman in one clip can be heard yelling, “Shoot him or something!”

A man can be heard saying, “They’re all just parked outside, dude. They need to go in there.”

“They say they rushed in,” said Javier Cazares, whose fourth-grade daughter, Jacklyn Cazares, was killed in the attack, and who raced to the school as the massacre unfolded. “We didn’t see that.”

Witness Juan Caranza, 24, told the media that he believes police officers should have done more to diffuse the situation, or at least try to do so. Instead, they just meandered about outside the school while the tragedy unfolded. (Related: Why did Uvalde police stand outside and do nothing while Texas shooter rampaged through Robb Elementary School?)

The shooter, identified as Salvador Ramos, had 40 minutes to one hour before the cops went in to neutralize him. This gave him ample time to massacre two teachers and the innocent lives of 19 children.

A young girl who survived the execution heard the shooter say, “What do I have here?” as he opened the classroom door and began firing.

Ramos was eventually shot and killed by a border patrol agent who also sustained injuries.

The gunman entered the building unobstructed, contrary to the information released earlier, authorities said on May 26.

“Ramos was not confronted by a school police officer before he entered the elementary school,” said Victor Escalon, the South Texas regional director for the state Department of Public Safety.

The Texas ranger said no armed guard challenged the teenaged attacker and it is unclear if the school door was even locked. Reports quoted witnesses saying police were hesitant to confront the killer.

Campuses are required to have staff who patrol door entrances, parking lots and perimeters according to Uvalde County Independent School District Officers protocol.

Meanwhile, an armed school officer was driving nearby but was not on campus before the shooting spree started, said a law enforcement official who was not authorized to discuss the case and spoke on the condition of anonymity.

The said enforcer told NBC: “Investigators concluded that school officer was not positioned between the school and the shooter, leaving him unable to confront the shooter before he entered the building.”

Visit GunViolence.news for more updates on the Uvalde shooting incident.

Watch this video to learn who is truly to blame for the Robb Elementary School massacre.

This video is from the Cisco Girl channel on Brighteon.com.

IT’S NOT THE GUNS: America’s left-wing culture of DEATH and self-mutilation is a FACTORY that produces mass shooters.

Survival 101: How to find effective cover in a mass shooting.