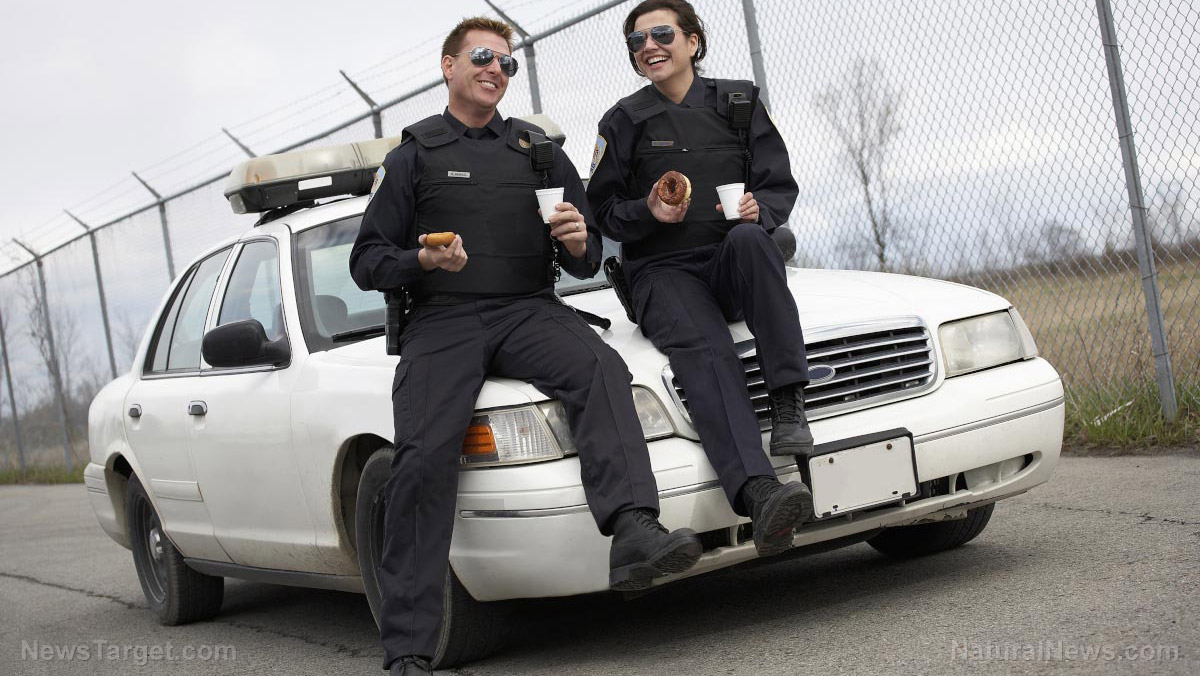 (Natural News) The narrative surrounding the Uvalde, Texas false flag shooting is already crumbling apart as more revelations come to light about how police officers stood down and let the shooter rampage Robb Elementary School without even an attempt at intervention.

We now know that a mother had to take matters into her own hands by secretly entering the school to save children, all while law enforcement stood outside and did nothing.

Angeli Rose Gomez told the Wall Street Journal that she drove 40 miles to pick up her children from the school, only to discover that nobody was even trying to rescue them. Gomez petitioned police officers to do something, only to have U.S. marshals put her in handcuffs.

After successfully convincing local police to let her go, Gomez hopped the fence at the school, ran inside and escaped with her children, we are told – strange, huh?

Another parent at the scene, Javier Cazares, whose daughter Jacklyn was reportedly killed in the attack, had suggested to other bystanders, possibly including Gomez, that they should all charge the school since police refused to do so.

“Let’s just rush in because the cops aren’t doing anything like they are supposed to,” Cazares told the Associated Press (AP). “More could have been done. They were unprepared.”

Video footage – watch below – shows police officers physically stopping parents from going near the school to try to save their children. The confrontation almost became violent, but nobody appears to have been harmed.

This video make so much more sense now. The cops literally stopped parents from helping their kids. pic.twitter.com/zhQfUjlpjd https://t.co/DqgZUH3uCC

“The police were doing nothing,” Gomez said to the Journal. “They were just standing outside the fence. They weren’t going in there or running anywhere.”

According to the Journal, Gomez was “one of numerous parents who began encouraging – first politely, and then with more urgency – police and other law enforcement to enter the school sooner.”

“Ms. Gomez said she convinced local Uvalde police officers whom she knew to persuade the marshals to set her free,” the Journal further reported.

Not long after that, Gomez “made her distance from the crowd, jumped the school fence and ran inside to grab her two children,” the news outlet added. “She sprinted out of the school with them.”

The U.S. Marshals Service claimed that its deputies never placed anyone in handcuffs, and that their only purpose was to maintain “order and peace in the midst of the grief-stricken community that was gathering around the school.”

At no point did the U.S. Marshals or local police officers ever try to enter the school, though. Their purpose appears to have been to guard the school from parents while the shooter had his way with their children.

Video footage proves that law enforcement stood around and did nothing while students were locked inside the building. The Western Journal reported that this “brings back memories” of the Parkland, Florida school shooting in 2018, which was similarly obstructed from intervention by Broward County Sheriff Scott Israel, who was permanently removed from his position not long after the scandal.

“There is a lot wrong with this case starting way before the shooter even entered the school,” wrote a commenter. “Every cop I know would have been in there saving those kids’ lives. Something very fishy is going on here, and the point is always about gun control.”

“The police were/are complicit with the slaughter,” wrote another.

More related news coverage about the Uvalde shooting can be found at FalseFlag.news.