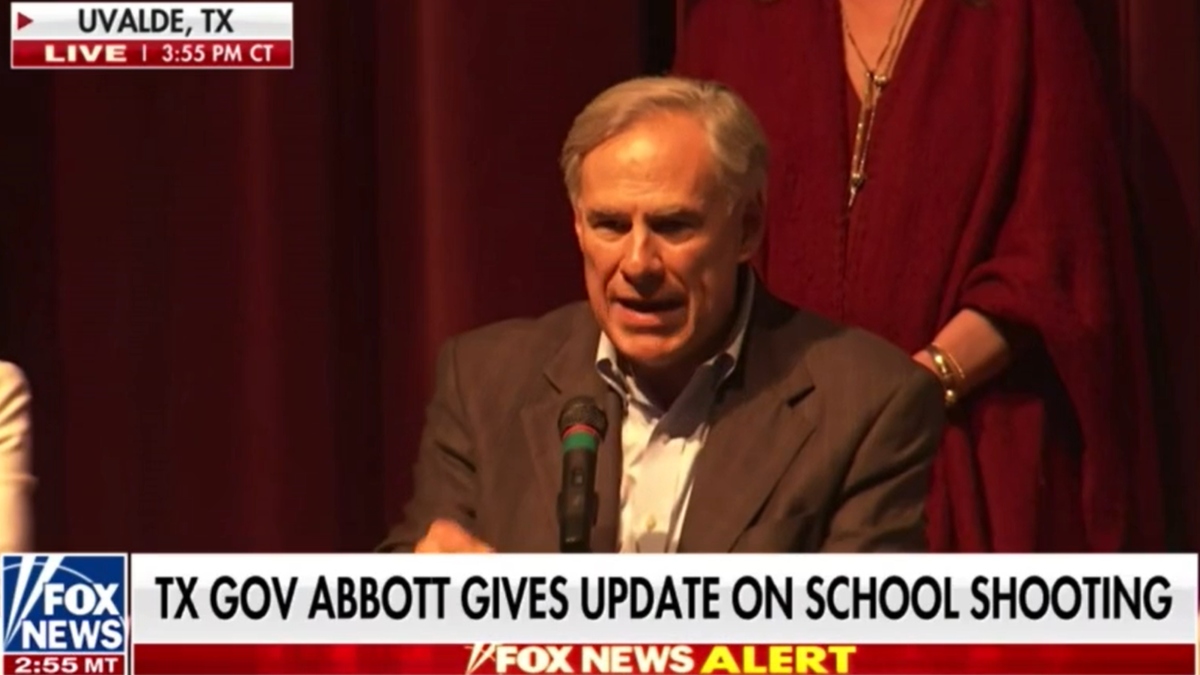 (Natural News) Gov. Greg Abbott is understandably upset at his state police hierarchy after they failed to accurately inform him about the response to the horrific massacre in Uvalde, Texas last week.

During a Friday press conference to discuss the shooting, which left 19 fourth-grade children and two adult teachers dead, the GOP governor slammed officials for “misleading” him about the police response to Robb Elementary School.

As reporters peppered the governor with questions, one of them asked about a revelation that emerged from an earlier press conference involving police leaders and other officers.

“Governor, with all due respect, for three days this community has heard a version of the story based in large part on what you told them on Wednesday afternoon that police officers had acted with amazing courage,” the reporter asked.

“Today we learned that 19 officers stood in the hallway of that school for nearly an hour while the gunman was inside with the children, which goes against the way they’ve been trained,” he continued, going on to ask whether Abbott was aware of those facts during his Wednesday press conference or if he had been misled.

“I am livid about what happened. I was up on this very stage two days ago, and I was telling the public information that had been told to me in a room just a few yards behind where we’re located right now. I wrote down hand notes in detail about what everybody in that room told me in sequential order about what happened,” the governor continued.

“And as everybody has learned, the information that I was given, turned out in part to be inaccurate. And I am absolutely livid about that.

“And here’s my expectation: My expectation is that the law enforcement leaders that are leading the investigations, which includes the Texas Rangers and the FBI, they get to the bottom of every fact with absolute certainty,” he continued.

“There are people that deserve answers the most. And those are the families whose lives have been destroyed. They need answers that are accurate. And it is inexcusable that they may have suffered from any inaccurate information whatsoever. And it is imperative that the leaders of the investigations about what exactly happened get down to the very second of exactly what happened with 100 percent accuracy and explain it to the public, but most importantly to the victims who have been devastated,” Abbott concluded.

In a follow-up question, the GOP leader stated that he expects that the law enforcement will earn the trust of the community by doing “exactly what they’re supposed to do.”

The governor’s remarks came just hours after Texas Department of Public Safety Director Steven McCraw and other officials held a presser in which they went through the timeline of the police response.

During his rundown of the timeline, McCraw said that shortly after 11:51, 19 officers had been positioned inside the school’s hallway, around half an hour after the shooter had entered the school.

It wasn’t until 12:50 that the door to classroom was breached, and 18-year-old shooter Salvador Ramos was shot and killed.

When pressed on why officers didn’t enter the classroom sooner, McCraw said that “[The Chief of Police] was convinced at that time that there was no more threat to the children and that the subject was barricaded and that they had time to organize with the proper equipment to go in.”

McCraw went on to note that law enforcement personnel understand that they made poor decisions the day of the shooting. “It was the wrong decision,” he said of the choice not to go in immediately and neutralize the shooter.