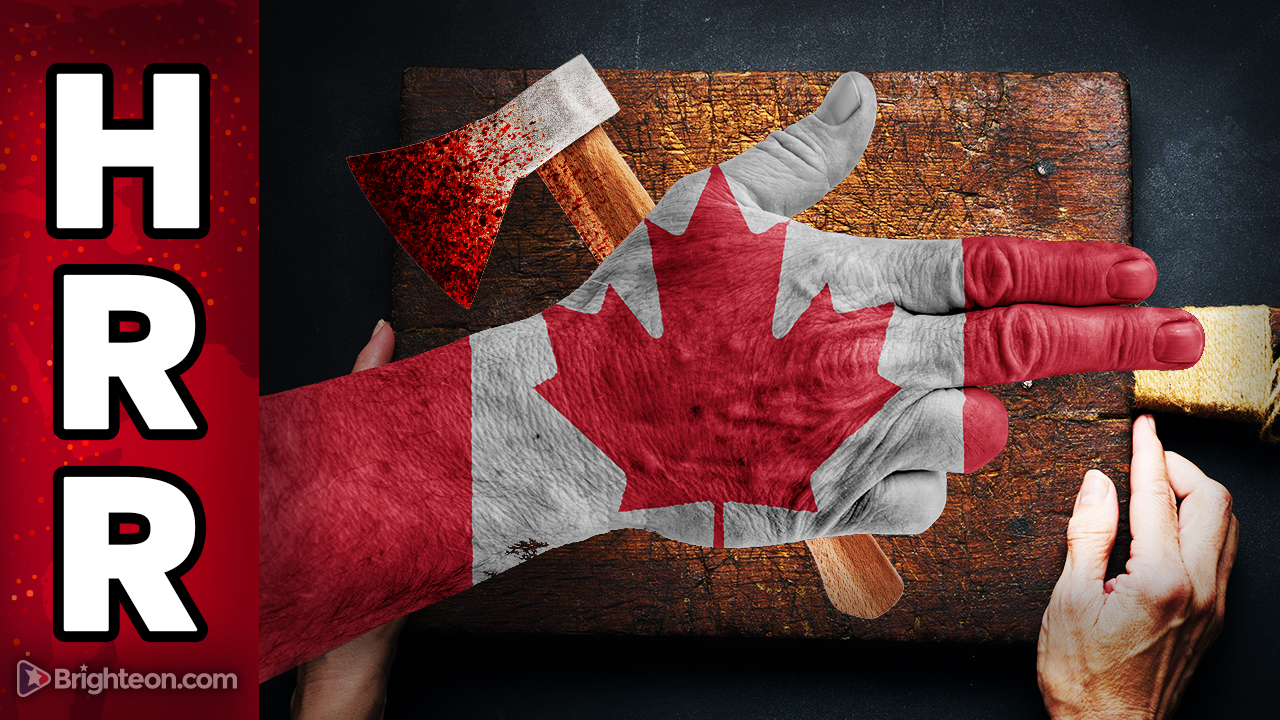 (Natural News) Justin “Castro” Trudeau, a WEF puppet and traitor to the people of Canada, has just declared his intention to finalize legislation that would outlaw the sale, transfer and importation of all handguns in Canada. Following in the footsteps of Adolf Hitler who pushed strict anti-gun measures before initiating a massacre of millions of Jews, Trudeau clearly plans to disarm the citizens of Canada before unleashing the government to carry out arrests, executions and disappearances of those who disagree with government tyranny.

“It will no longer be possible to buy, sell, transfer or import handguns anywhere in Canada. In other words, we’re capping the market for handguns,” Prime Minister Justin Trudeau stated over the weekend.

We saw Trudeau’s tyrannical tendencies on display just a few months ago when he ordered Canada’s banks to seize the accounts of law-abiding citizens who merely donated a few dollars to the peaceful freedom convoy truckers that were protesting vaccine mandates in Canada. According to Trudeau, anyone who disagrees with Trudeau’s tyranny is by definition a terrorist and must have their assets seized. Once Canada is fully disarmed thanks to new legislation, Trudeau will no longer have to be concerned with citizens’ ability to defend themselves against government death squads and secret arrests.

In that scenario, Trudeau can simply claim there’s a new outbreak of some infectious disease, then round up all political opposition at gunpoint then take them to infectious disease death camps and have them exterminated at will. Their deaths will be blamed on the current pox or pandemic, of course, and the government will claim they died because they resisted the government’s vaccines. Those vaccines, obviously, are slow-acting euthanasia shots engineered to reduce the population of the world through blood clots, cancers, heart attacks, autoimmune disorders and neurological damage.

In freezing all handgun sales — just two years after banning AR-15 self-defense rifles — Justin Trudeau is doubling down on his commitment to carrying out crimes against humanity via government genocide against his own people. The disarming of Canada is the last necessary step before the large-scale rounding up and extermination of the masses can begin.

Alongside Biden and other treasonous leaders of western governments, Trudeau is following a step-by-step WEF blueprint for global genocide against the human race. This blueprint calls for governments to engineer a nine-point collapse scenario to drastically reduce the human population on planet Earth before 2030:

In order to carry out this plan, globalists much achieve:

Trudeau’s gun control measures are merely the next step in eliminating any resistance to government extermination and depopulation across Canada.

Make no mistake: If you live in Canada and oppose tyranny, the government is coming to kill you after they take your guns. The same would be true if Biden were attempting nationwide gun confiscation in America.

This is your last line in the sand. Once they take away the guns from citizens, it’s off to the death camps, with no one stopping the Canadian Holocaust now in the making.

We strongly encourage all Canadians to watch the interview below with Christopher James, and then listen to today’s Situation Update podcast, below: