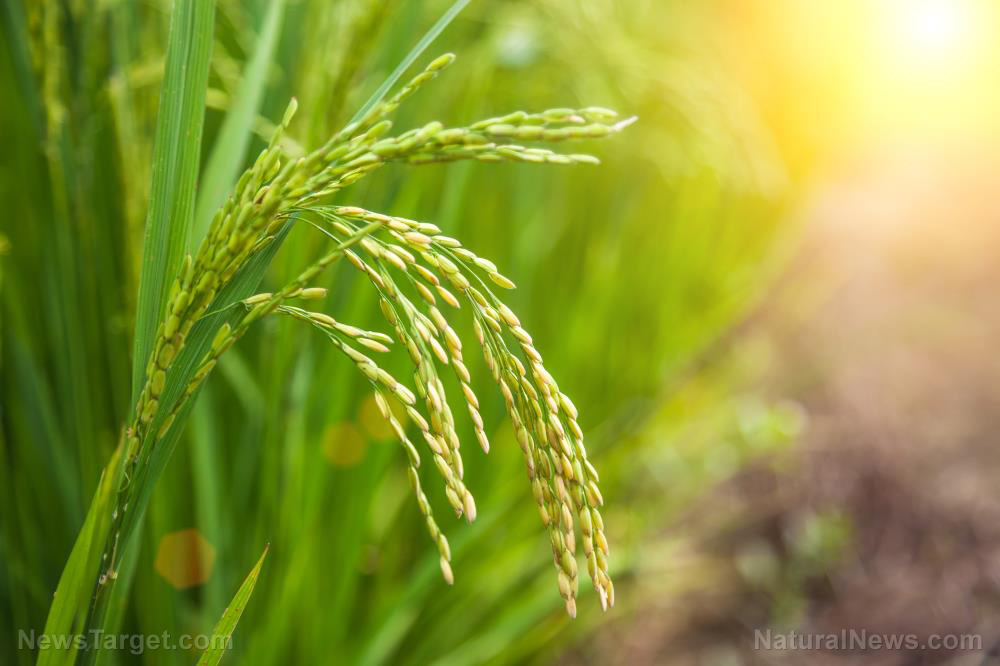 (Natural News) All across California, residents are being told to scrimp and save water because of historic drought conditions. Meanwhile, state officials are dumping freshwater into the ocean while intentionally depriving rice farmers of the water they need to grow food.

Colusa County in Northern California is the top producer of rice in the Sacramento Valley. The area generates more than 150,000 acres of rice in a normal year – but as you can probably tell by now, 2022 is anything but a normal year.

Officials there say that only a fraction of the usual rice crop will be grown there this year, delivering a massive financial blow to rice farmers, workers and suppliers.

“In April 2022, the water districts serving Colusa County were given their final allocation for the 2022 growing season – 0.4-acre feet per acre,” reads a statement from Colusa County officials.

“This allocation is not enough to support rice production, and estimates show that the Sacramento Valley will fallow 370,000 of 450,000 acres in the Sacramento River Settlement Contractors service area, primarily in Colusa and Glenn Counties. Currently, less than 7,000 acres are estimated to be planted in Colusa County, resulting in a direct financial loss to growers in excess of $270 million.”

Meanwhile, 50 percent of California’s water flows right out into the Pacific Ocean, a policy that was enacted for “environmental” purposes to save the Delta smelt, an “endangered” fish species.

“Water in California is shared across three main sectors. Statewide, average water use is roughly 50% environmental, 40% agricultural, and 10% urban,” revealed the Public Policy Institute of California back in 2019.

Is the second phase of the plandemic about ushering in famine and starvation?

Colusa County officials are trying to get the attention of the state legislature on this important matter. They recently hosted a legislative tour and informative briefing for Assemblywoman Cecilia Aguiar-Curry (D-Winters) to highlight “the crisis-level economic impacts resulting from the unprecedented drought and winter freeze.”

“The event concluded with a request for local assistance,” the officials revealed.

According to Colusa County Administrator Wendy Tyler, the meeting and message was “very well received,” especially since Aguiar-Curry has an agricultural background herself and understands the issue acutely.

Tyler compared the devastation of Colusa County’s agriculture industry to what urban areas felt during the Wuhan coronavirus (Covid-19) lockdowns. What began in the cities, in other words, is now spreading to rural areas.

“We have the third largest farm worker housing in the state. Thousands of people come to Colusa County every season, and work with Colusa County’s own people. Their children go to Colusa schools, so when they aren’t here it impacts our ADA.”

Not only will there not be enough rice to supply local, state and export needs, but everyone and everything up and down the supply chain will also suffer. This includes equipment suppliers, farm bag producers, mills, aerial applicators, crop dusters, pesticide and fertilizer dealers and ground applicators, among many others.

“The economic devastation is unprecedented,” Tyler added. “People aren’t dying, but businesses and communities are.”

People could very soon end up dying, though, once all is said and done with what appears to be an engineered collapse of the global food chain. Piece by piece, the system seems to be in deconstruction mode, which will eventually catch up to grocery stores and people’s dinner plates.

“The last reservoir built in California was in 1979,” wrote someone at Zero Hedge about how California politics have been driving the state on a downward spiral for decades.

More related news stories can be found at FoodCollapse.com.