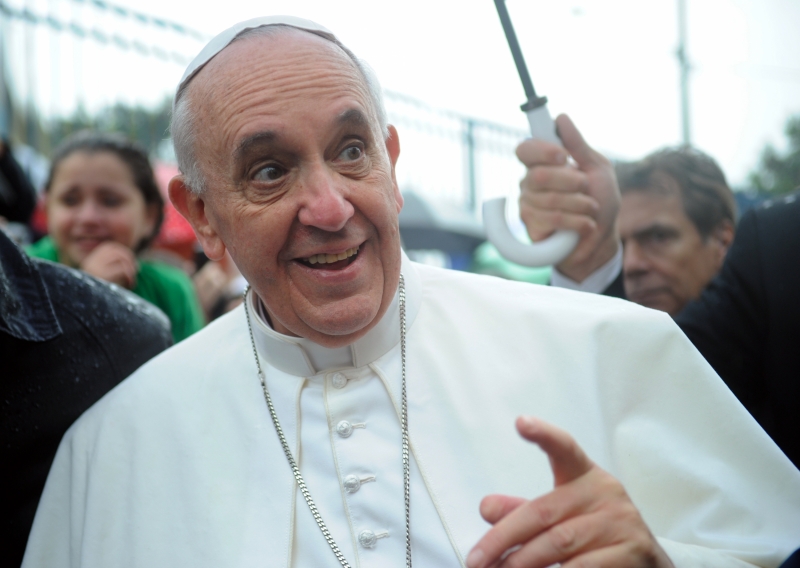 (Natural News) Dr. Bryan Ardis believes that all of the known powers driving the Wuhan coronavirus (COVID-19) “pandemic panic theater” are doing so on orders from Pope Francis.

Ardis, a businessman, chiropractic doctor and expert on COVID-19 and the vaccines, made this claim during an interview with “The Midnight Sentinel” host JD Rucker.

“I actually think the Roman Catholic Church and the pope, Pope Francis, is over this entire thing,” he said during his interview. “And I think he’s manipulating, controlling the entire narrative.” (Related: Vatican’s support for vaccines and mandates makes it COMPLICIT in vaccine deaths.)

Ardis added that he believes Francis holds significant influence over many notable individuals who have a lot of control over COVID-19 policy, including Dr. Anthony Fauci, science advisor to the president and former Director of the National Institutes of Health, Dr. Francis Collins and President Joe Biden.

“I think all of them are being controlled by a division of the Roman Catholic Church called the Jesuits,” said Ardis.

The Society of Jesus, more commonly known as the Jesuit Order, is a religious order within the Catholic Church known for its progressive stance regarding a variety of issues, including the LGBT and the COVID-19 vaccines. Pope Francis himself is a lifelong member of the Jesuits and is still considered one, although being the pontiff no longer binds him to any obligations he has made to the order.

Ardis noted that the goal of the Jesuits in America is the destruction of the American Constitution “as the one last stronghold of a country that preserves and protects religious freedoms.”

“I think they’ve been plotting this whole time [to destroy the Constitution] in many ways, either through wars, now through famine, now through pandemics,” said Ardis. “I think it has been a complete attempt of them to destroy the Constitution, the United States from within … to reduce militaries of all countries, demolish all borders of countries so we can create a ‘One World Religion’ with the pope as ‘One World Leader.’”

Part of Pope Francis’ drive for power is to make sure that no leading officials within the Catholic Church question any of his pronouncements, especially regarding COVID-19 vaccines, and to elevate allies to positions of authority.

An incident of the former occurred in early March, when Bishop Daniel Fernandez Torres of the Diocese of Arecibo in northern Puerto Rico was “relieved” of his duties, with an apostolic administrator appointed by the Vatican taking over Fernandez’s responsibilities.

His overthrow came following an incident wherein Fernandez declined to sign a joint statement with other Puerto Rican bishops on “the moral duty to be vaccinated” against COVID-19, even after he was asked to do so by the island’s apostolic delegate, who acts as a diplomat representing the Vatican and Pope Francis on Puerto Rico.

In response, Fernandez wrote that he is certain he was removed from office due to the vaccine issue. The former bishop contended that he has also been sacked for his demand that the Vatican-imposed document be published along with another “letter of pastoral accompaniment to those who, in a genuine conflict of conscience, came to be listened to and treated with mercy.”

Fernandez wrote: “I have never denied that getting vaccinated is not an act of love for others, but neither that those who do not do it for a reason of conscience love their brothers less.”

In California, Pope Francis recently named Bishop Robert McElroy of San Diego as one of 21 new cardinals. McElroy’s elevation sent a strong message that he is rebuking Archbishop Salvatore Cordileone of San Francisco over the latter’s announcement that House Speaker Nancy Pelosi would not be allowed to receive communion because of her support for abortion rights.

It should be noted that while McElroy is not himself a Jesuit, he was educated in a Jesuit institution, receiving a theology degree from a Jesuit school in Berkeley and has written extensively for the Jesuit publication America on a variety of progressive issues, including his support for LGBT rights, illegal immigration and open borders.

Watch this episode of “The Midnight Sentinel” as host JD Rucker interviews Dr. Bryan Ardis about Pope Francis’ role in the COVID-19 pandemic and the proliferation of vaccines.

This video is from the channel Contrarian on Brighteon.com.