(Natural News) For several centuries, smallpox was a major problem. Then, in the late 1800s, doctors and scientists began more in-depth research regarding disinfection practices and steam sterilization. Revolutionary surgical instruments (metal and non-metal) were made with smooth surfaces and from materials that could withstand high-heat sterilization. Then, in the 1900s, doctors and scientists began using irradiation, high pressure, ultraviolet light and ethylene oxide to make surgeries much safer and much more often successful.

Plus, environmental health and safety vastly improved in the mid-1900s, including infectious waste management, cleaning services, respiratory protection and air and water handling (including plumbing). There was no longer much need for “miracle vaccines” to “save humanity” from infectious diseases, including measles and smallpox.

The ever-corrupt American Medical Association (AMA) and the fraudulent Centers for Disease Control and Prevention (CDC) wanted to create a different “image” for modern medicine, a global campaign that would profit in the millions (and billions) for decades to come. One way to accomplish this would be to pretend that Edward Jenner was the “Father of Immunology,” and create a fake medical hero who would be used as a catapult for the new vaccine religion. All complications of vaccination would be blamed on infectious diseases they were supposed to prevent and/or cure.

So history was altered, and in a big way. It was rewritten and reconstructed to fit a narrative to push vaccines. Edward Jenner (1749 – 1823) was to be lauded as a medical savior for sparing millions of people from infectious disease, but his crude forms of injection caused horrific problems in and of themselves. Jenner pretended to be a “surgeon” in Berkeley, yet he never even became a doctor.

In fact, Edward Jenner never even passed a medical exam in his whole life. Since medical examinations were not compulsory, Jenner simply hung a sign over his office that said “Surgeon, Apothecary.” He later literally purchased “medical degrees” that he never earned. This is the fraudster and huckster that the entire multi-billion dollar vaccine industrial complex is built upon.

Jenner, the so-called “Father of Immunology,” saw his son die at 21 after injecting him with several “vaccines,” including cowpox jab

In the late 1700s, Edward Jenner injected his first-born son with a slew of so-called “vaccines” only to watch him die at the ripe age of 21 from TB. Jenner avoided injecting his other son with anything after that, and became an anti-vaxxer when it came to his own family using his faked inventions. Jenner stole the “vaccine formulas” from dairy maids anyway, and never originated any form of medicine himself.

And so the whole faked story of the holy grail of medicine being vaccines was conjured up with an unscientific superstition backed by ZERO scientific evidence and propagated as “safe and effective” by fraudulent government agencies.

Recorded vaccine failure: Smallpox cases for people who already received the smallpox vaccine in the 1900s continued to be recorded

Smallpox vaccines were causing more damage than good when they were “invented,” but the carnage was covered up well, just like the carnage from COVID-19 vaccines right now. Jenner helped hide evidence of that health decimation, while the charlatan-based pro-vaccine fanaticism grew and brew like its own virus, and spread across the world like a pandemic.

Later, the CDC and AMA would “discover” a new fake vaccine hero, Dr. Jonas Salk, the “God” of cult pharmacology. They claimed he invented a polio vaccine, but all he really did was conduct illegal medical experiments on mental patients. Again, during a time of much healthier living habits, including taking vitamin D for immunity, the highly corrupt medical regulatory agencies gave all the healing credit to faked vaccine research and efficacy. The entire March of Dimes campaign was run on fraudulent vaccine theory and inflated paralysis data to brew fear and promote vaccinations. 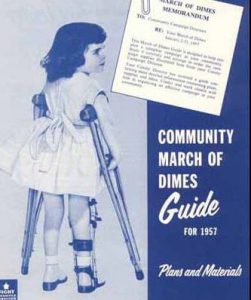 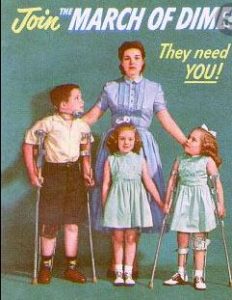 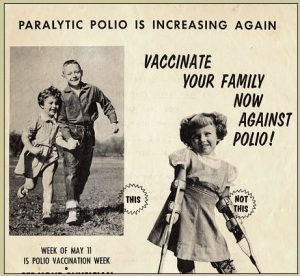 The AMA ran a massive fear-based campaign of psychological terror (sounds just like today with Wuhan coronavirus and monkeypox), that conned and coerced millions of people to run out and get jabbed with experimental, unproven toxins called “vaccines.” In fact, all vaccine sales and marketing are based solely on fear and propaganda, and have nothing at all to do with evidence-based medicine. Edward Jenner and Jonas Salk were nothing more than witchdoctors who pretended they knew what they were doing. This key information is missing from all medical historical publishing, except if you know exactly where to look.

The sad part is that vaccines spread disease more than they prevent it. The polio vaccine is proven to spread polio, including the injected kind and the oral kind. The coronavirus vaccines wreck your immune system with lab-made virus look-a-likes in the form of toxic protein prions that invade and clog the entire vascular system.

Meanwhile, criminal scientists working for criminal pharma giants continue to operate falsified clinical trials while billions of human victims of vaccine violence are abused, permanently injured and/or killed by the very injections that are supposed to prevent disease and death. Go figure.

Do your own research, and do NOT use Google. Try the search engine Brave BETA and get more truth news and real information. Bookmark Vaccines.news to your favorite independent websites for updates on dangerous and deadly vaccines and the FAKE heroes who create them.