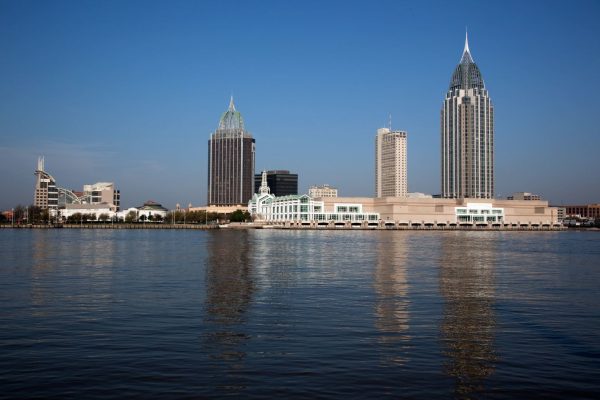 Mark this up to the simple fact you can’t blame this on white people… [After murders of 2 Black children in 2 days, Mobile police ask: ‘When is enough enough?’, Al.com, June 1, 2022]:

After the shooting deaths of a 14-year-old girl and an 11-year-old boy this week in Mobile, the city’s police chief said Wednesday he and his department have zero tolerance for the homicides plaguing the city this year while calling on Mobilians to cooperate with police to curb the violence.

“We are outraged. We’re tired of it,” Police Chief Paul Prine told reporters Wednesday afternoon as he gave updates on the homicides of 14-year-old Ciara Jackson and 11-year-old LeQuinten Morrissette.

On Monday, LeQuinten was shot and killed on Duval Street “for simply playing in his apartment,” Prine said.

The chief noted that police arrested 19-year-old Cameron Walker charges of murder and three counts of shooting into an occupied dwelling in the boy’s death.

On Tuesday night, Ciara was gunned down while “simply driving around with her friends on Michael Donald Avenue,” he said.

Ciara and her friends came across people with guns who shot into the vehicle she was in, the chief said.

Asked whether the teen was targeted, Prine would only say: “What we do know about Ms. Jackson’s death is that she is a victim in all sense of the word.”

Prine said Mobile police are “working hard every day to prevent these types of crimes.”

“Oh sure, we can count the homicides. There’s no way that we can count how many homicides or shootings we have prevented,” he said, adding that elected officials and the court system are also “working hard.”

Meanwhile, the chief called on the community to go to police, either when they spot something suspicious or when they witness a crime

“We can’t arrest our way out of crime. What we need is the community involvement,” he said.

“This 23rd homicide of the year is heartbreaking to me, for personal reasons. Ciara’s 14. She died on a street named after Michael Donald, who was the last known lynching by the Ku Klux Klan in 1980,” said Young, who is Black.

“Forty years later, more innocent blood is shed on that street that’s supposed to memorialize the death and sacrifice, and a Black girl is gunned down on that street by a Black man is disgusting – I said it,” Young, who is Black, continued.

“There’s a subculture of gun violence in the city of Mobile with young Black men. and it’s high damn time we did something about it — I said it, so no one has to be called a racist anymore.”

Young said he hoped Ciara’s death would be a wake-up call to the city.

“When are we as a city going to wake up and say ‘let’s address this issue.’ I said it, now it’s out in the open, right? Whatever happens to me, fine. If you guys slay me in the media, fine. But don’t forget these innocent Black lives that have been lost. An 11-year-old yesterday a 14-year-old last – when is enough enough?”

When a reporter asked whether a weapon was recovered in Ciara’s homicide, Young said he was not going to discuss that detail because the investigation was ongoing. He also said that was unimportant in comparison to Ciara’s death.

“As it stands now, a 14-year-old girl was killed by a gun held in the hands of a Black man. Whether it was a Glock switch, a shotgun or any other weapon, the loss of a tragic life is my focus at this time,” he said.

“I want you to focus on that young Black girl that was shot down last night. Let that be what you talk about. Let that be along with the 11-year-old that was killed the other night.”

The sergeant said the city’s institutions should focus on a solution to why the homicides are occurring.

“We need to figure out young Black males, why are you always grabbing weapons to solve these problems. Not all, but the incidents I just named are. Why? There must be a better solution that just killing somebody. There has to be a better solution,” said Young.

“Ask South Alabama to do a study on our homicide suspects. Ask the University of Mobile to do a 10-year study on homicides and who’s committing them. Ask Spring Hill College to go do background checks on who has single fathers and what were their education levels.”

“Let’s figure out a solution to it, instead of constantly talking about how [the victims] died or do [the victims and suspects] know each other or a Glock switch,” he said.

“This time it hurts, and it’s high damn time that somebody said something about it.”

So it turns out black people are responsible for almost every homicide in Mobile, Alabama… with even an innocent black girl murdered by another black individual on a street named for a black victim of some KKK murder in 1980.

It’s simple… white people in all of America, not just Alabama, owe blacks nothing but the truth. And that is: if the 2nd Amendment didn’t apply to blacks, and any black individual with a gun was arrested immediately, how much gun crime would actually happen in America?