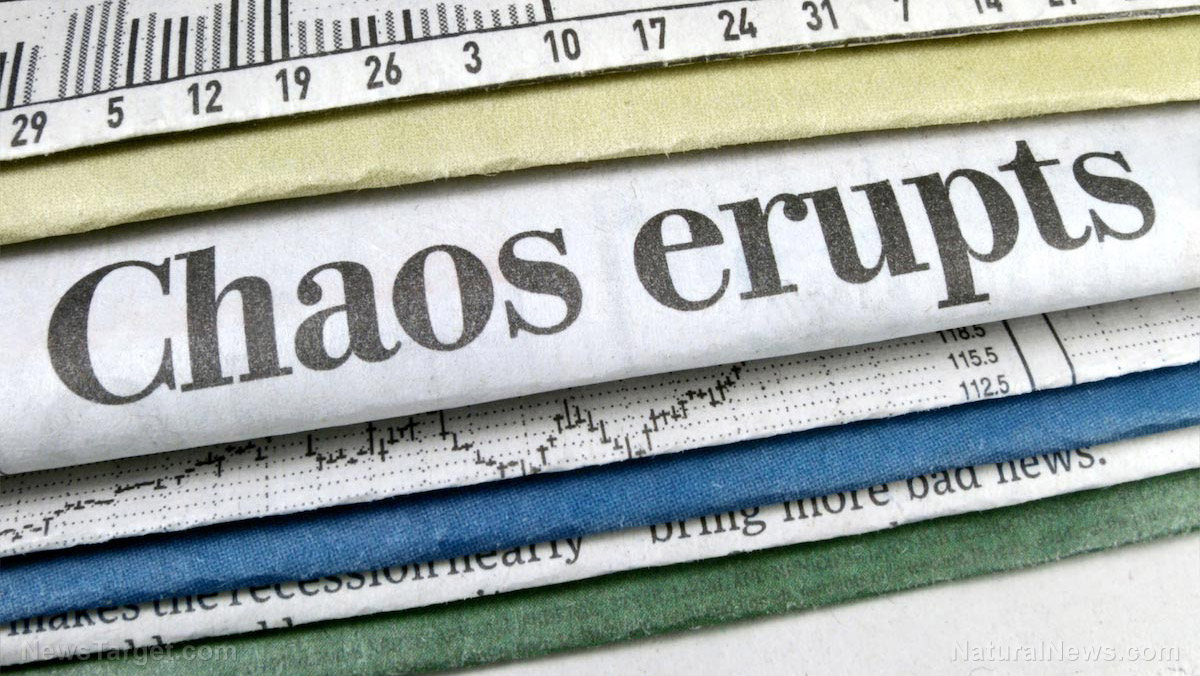 (Natural News) The Southern Poverty Law Center (SPLC) poll showed that 44 percent of Americans believe that the United States is headed toward another civil war, which includes 53 percent of Republicans and 39 percent of Democrats.

While this is a cause for concern, another poll showed that one in five individuals somewhat approve of assassinating politicians whom they believe were “harming the country” or U.S. democracy.

Nearly seven in ten also agreed that left-wing politicians were deliberately driving economic changes to gain power by replacing conservative white voters with non-whites entering the country in what is called the “replacement theory.”

This “replacement theory” began in white supremacy circles long ago, but has since moved to mainstream media such as political right-wing citizens.

It also came to the attention of the media in May when the Buffalo shooting suspect penned a 180-page racist document online that promulgated racist conspiracy theories he referred to as the “great replacement.” He then live-streamed himself gunning down Black shoppers at a supermarket.

He then allegedly used the inspirational idea that minorities were and would be replacing whites as justification for his actions. Federal Bureau of Investigation (FBI) Director Christopher Wray said that the bureau is investigating it as a hate crime.

“I want to be clear, for my part, from everything we know, this was a targeted attack, a hate crime, and an act of racially motivated violent extremism,” he said. (Related: Toxic, treasonous media pushing “white supremacist” hoax and hit lists of Trump supporters in desperate scheme to drive America into civil war.)

2015 US military exercise triggered a cascade of conspiracy theories

The U.S. already put in place some parameters in case things could take a turn for the worse. In 2015, the U.S. military conducted a routine exercise in the south that triggered a cascade of conspiracy theories. Some people believed the maneuver was a precursor to a Chinese invasion, while others thought it was in preparation for a massive asteroid strike.

Dark fantasy websites said that the exercise, which was called Jade Helm 15, stood for “homeland eradication of local militants.”

And then there’s the talk of an impending civil war. (Related: The seeds have been planted for the next American Civil War. I don’t think anything stops it now.)

Today, almost half of Republicans and Democrats believe in using violence to achieve political ends – a massive increase compared to the less than tenth for each in 2017, or the year Trump took office.

The U.S. has since become a “factionalized anocracy,” which is just halfway between autocracy and democracy that is “quickly approaching the open insurgency stage.”

With violence now part of the U.S. political language, novelists like Canadian national Stephen Marche imagine disunion among the states, with the country being “one spectacular act of violence away from a national crisis.”

Watch the video below to know more about the possibility of the government orchestrating a civil war to escalate its own draconian policies.

Democrats, Biden and left-wing media jumped all over the Buffalo shootings but ignored, downplayed Waukesha massacre over race.