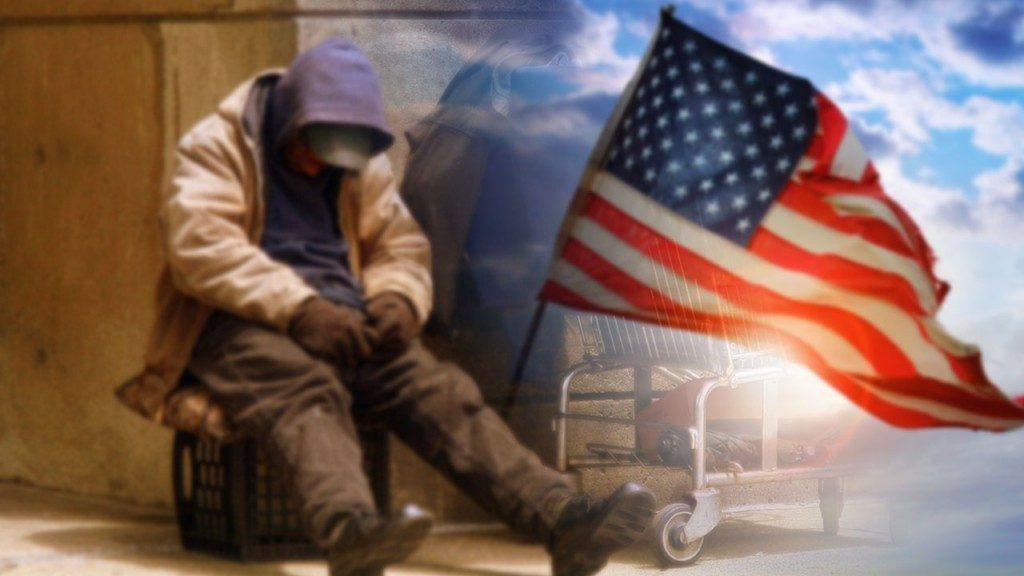 One of the most detrimental aspects of an inflationary or stagflationary crisis is that, in most cases, housing costs tend to rise while home sales fall.

It might seem counterintuitive; one would assume that as sales fall so should prices, but this is the upside-down world of inflation. Certain commodities and products, usually necessities, almost always skyrocket in price, ultimately driving most American families out of the market completely.

One of the only exceptions to this rule is when the government institutes rent or price controls. In Weimar Germany, for example, the government enforced strict regulatory controls on landlords, fixing rent at a rate that made profits impossible.

Now, this might sound familiar – during the height of the Covid pandemic the Biden administration established a lengthy moratorium on evictions, which made it impossible for many property owners to collect rent payments they were owed. Owners couldn’t replace delinquent tenants with those willing to pay on time, leading to massive financial burden on property owners across America.

The effects of this were detrimental to both the U.S. economy and especially the rental market.

How? The moratorium awakened property owners to the reality that they could be unilaterally restricted from their own business. They could be stopped from collecting rent payments owed by tenants under contract while still being forced to pay taxes and maintenance expenses on those same properties.

The entire rental market became a zero-sum game. In response, landlords began selling their extra properties in droves instead of renting them out.

As you might expect, this has led to a shortage of rentals in many parts of the country. When supply is constrained, what does basic economics tell us must happen? The eviction moratorium led directly to much higher prices on the limited rentals that still remain.

But it wasn’t just a reduction in supply that caused prices to rise.

Those owners still willing to rent properties under the eviction moratorium had to increase their prices to compensate them for the additional risks they were taking in a market where the rules suddenly changed. By placing the moratorium on rent, Biden made an existing housing crisis far worse.

Who benefits from this manufactured crisis?

Another factor to consider is this: who were the buyers for many of these suddenly-for-sale properties?

Massive conglomerates like Blackstone and BlackRock have been increasingly involved in the housing market since the crash of 2008.

While Blackrock claims it has no involvement with the single-family housing market, it works closely with companies that are involved, buying up multiple houses and bundles of distressed mortgages.

Blackstone has continued to buy houses in bulk for the past decade, removing properties from the market for a time. These mass purchases give the public the impression that local sales are “hot” and that the market is thriving. As you might expect, these actions force prices up even further to meet this artificial demand.

Currently, median sale prices of homes have spiked dramatically to all-time highs in the span of a couple years – a 30% price surge coinciding with the beginning of the Covid panic.

Now, part of the price inflation can be attributed to the large migration of Americans out of blue states to escape draconian Covid lockdowns and high taxes, but this migration has now died off. Housing sales are plummeting back to Earth. Yet, prices remain higher than the average family can afford.

In terms of rentals, the average cost in the US has exploded to $1300 per month for people that stay anchored to a location, and $1900 per month for people that relocate. This average is of course partially pushed up by the ridiculously high prices in major coastal cities like San Francisco (up 22% year over year), Los Angeles (up 297% since January 2000) and New York (up 159% house price inflation since January 2000).

An individual today must make at least $20 an hour to afford a single-bedroom apartment. Consider that over 30% of Americans are paid less than $15 an hour (before taxes).

Nearly half of the American population doesn’t make enough money to maintain a one-bedroom rental. The vast majority of Americans will find it impossible to buy a home at today’s prices.

On average, an annual salary of $105,000 is recommended before taking on a mortgage for a $350,000 house. And keep in mind, as the inflation crisis accelerates, the Federal Reserve will raise interest rates – which pushes up mortgage costs. So where does this leave us? It only gets worse from here.

Home buyers waiting for prices to track lower along with sales may find they are waiting around for a while. This could change IF the government enforces price controls on home costs. Granted, that is highly unlikely.

I think it’s more likely that, as inflation rises, the government would freeze monthly rents, but not home prices themselves.

That said, if there was another moratorium on evictions, or a freeze on rents, then landlords would probably sell off their properties en masse once again to avoid taxes and expenses on investments that are making them no money. That could lead to a larger drop in prices; but, again, I wouldn’t hold my breath.

One solution to the housing problem would be a moratorium on corporate purchases of homes. That would limit hedge funds and investment banks to speculating on industrial and retail properties.

Personally, I’m not a fan of the government insinuating itself into business, but maybe it is better to stop conglomerates from buying up American homes and driving up prices than it is to stop landlords from collecting rent? We also have to consider the very real possibility that global corporations devouring the U.S. housing market is part of a calculated agenda to make housing expensive.

Price explosions caused by inflation like we are seeing today often last for many years, sometimes a decade or more. When housing finally does deflate, it will only be under drastic economic instability. By that time, people will have much bigger concerns beyond whether they can take on a mortgage. (Note: Birch Gold has reported extensively on the latest housing bubble, and the forces behind it.)

Property rights and ownership are a primary pillar supporting a free society. When ownership is relegated to the upper-middle class and the wealthy the result is an inevitable social decline into various forms of feudalism or socialism.

For those with authoritarian ambitions, housing inflation is a boon. Homelessness feeds the kind of desperation that drives the public to support totalitarian actions. They might provide you with housing eventually, but it will be at a terrible cost.

The last thing anyone with common sense would want is for the government to become their landlord by default. It’s very hard to defy the trespasses of government overreach when that government controls the roof over your head.

After 14 long years of ultra-loose monetary policy from the Federal Reserve, it’s no secret that inflation is primed to soar. If your IRA or 401(k) is exposed to this threat, it’s critical to act now! That’s why thousands of Americans are moving their retirement into a Gold IRA. Learn how you can too with a free info kit on gold from Birch Gold Group. It reveals the little-known IRS Tax Law to move your IRA or 401(k) into gold. Click here to get your free Info Kit on Gold.