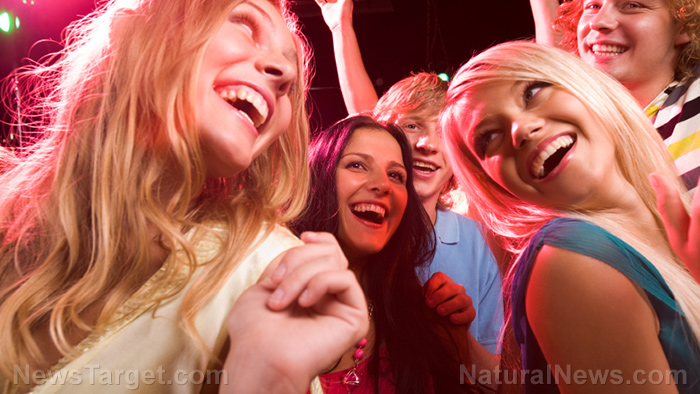 (Natural News) Europe is facing a rash of needle attacks, and authorities are puzzled as to why.

Nightclub and bar goers rocking out with drinks in hand are getting mysteriously pricked, not necessarily with any drug or substance but strange nonetheless. This begs the question: Is it time to ban needles?

After all, we are told that banning guns will stop gun violence, so is the same not also true for needles? That would surely stop these spiking attacks in their tracks, right?

According to reports, more than 300 people in France have reported being pricked with needles at nightclubs or concerts in recent months. Doctors and multiple prosecutors say they do not know why this is happening or if the needles contain any disease.

Individuals from Paris, Toulouse, Nantes, Nancy, Rennes and various other cities across the country say they were just minding their own business when out of nowhere a needle was inserted into their body.

Most of the targeted individuals are women, who often show visible marks of bruising or infection. Many also say they feel groggy not long afterwards, suggesting the needles may contain some type of drug or other substance.

France and other more “progressive” European countries have been letting themselves get flooded with “migrants” in recent years, so they could be the culprits. Whatever the case may be, the problem is spreading and nobody seems to know what to do about it.

Club owners and local police are trying to raise awareness about the issue. A rapper at a concert even interrupted his show recently to warn concert-goers about the possible risk of getting needled by surprise.

Similar incidents are being reported in the United Kingdom as well, which is another country that has opened wide the floodgates to migrants. Scattered cases in Belgium and the Netherlands have also been reported.

One young man, 18-year-old Tomas Laux, was attending a concert on May 4 in Lille, a town in northern France, where he smoked some cannabis and drank alcohol during the show. When he returned home, Laux says he felt dizzy and had a headache.

Upon inspecting his body, Laux noticed a small skin puncture on his arm along with a bruise. The following morning, he went to the doctor where medics confirmed that he had, in fact, been pricked with a needle.

Laux then got tested for both HIV and hepatitis, but his results came back negative. Even so, he says he has “given up going to concerts since it happened” and is now laying low.

According to the French national police agency, some 302 people across France have filed formal complaints about getting pricked with needles. Several investigations are ongoing, but no needle has been found nor have any culprits.

The motive behind the pricking also remains unknown, especially since it is unclear if or what the needles might contain. The UK parliament issued a report, however, stating that needle spiking is occurring in pubs and nightclubs in a similar manner to drink spiking, suggesting that the needles could contain date rape drugs.

“It said police reported about 1,000 cases of needle injection across the country around October 2021, when students returned to campuses after COVID restrictions eased,” reports Sky news.

“However, the parliament report said there was a lack of data to judge how serious the issue is.”

It remains unknown if anyone has been prosecuted for needle spiking, or how many victims overall might have been injected with a drug or some other substance. Regardless, rapper Dinos announced during a recent show that “this has to stop.”