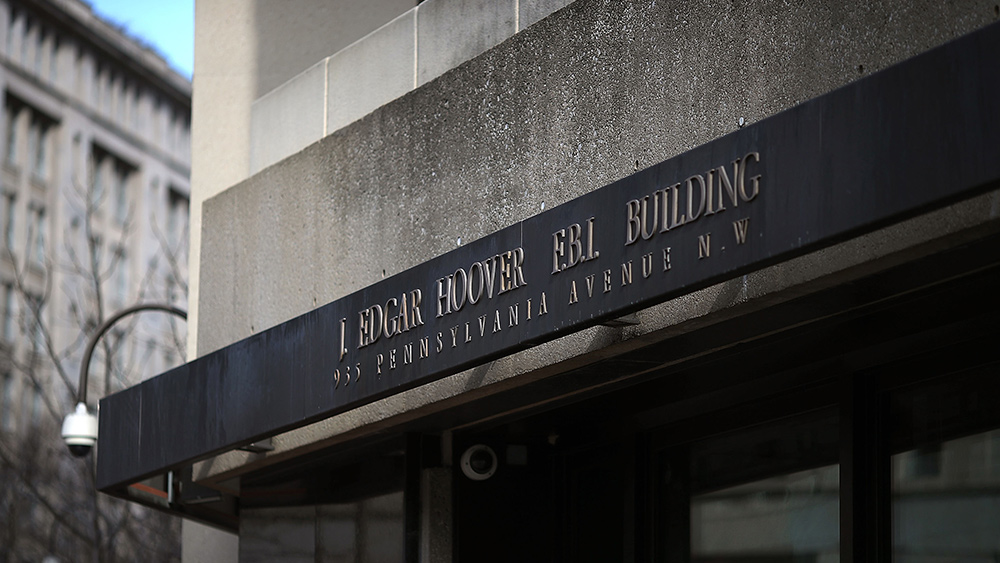 (Natural News) While the FBI demonstrated oppressive, tyrannical behavior throughout the so-called “war on terror,” since it was occurring in the wake of the Sept. 11, 2001, terrorist attacks, most Americans either didn’t notice or did not mind.

After all, the bureau was meting out the ‘revenge’ we all sought against Islamic terrorists who killed thousands of our countrymen, attacked our seat of government, and destroyed an iconic symbol of our economic might.

But the FBI did not stop with entrapping alleged Islamic ‘terrorists,’ the bureau veered into full-bore corruption and today has become the modern-day equivalent of Nazi Germany’s Gestapo or Soviet East Germany’s Stasi secret police — behaving more as political enforcers for the left-wing deep state.

After staging the false flag ‘attack’ on the U.S. Capitol Building in January 2021 to pin it on Donald Trump and punish his supporters, the bureau is continuing the persecution, using that staged assault as justification to take out more political opponents.

The campaign for the Republican nomination to challenge Michigan Gov. Gretchen Whitmer has been insane and it just got more insane.

On Thursday, the FBI raided the home of Ryan Kelley, a Michigan Republican gubernatorial candidate, and reportedly took him into custody, Bridge Michigan reported.

A criminal complaint filed in Washington D.C. federal court shows Kelley is facing multiple charges for his role in protests at the U.S. Capitol on Jan. 6, 2021 … The FBI executed both a search warrant and arrest warrant at Kelley’s home in Allendale Township in western Michigan and arrested Kelley, spokesperson Mara Schneider told Bridge Michigan.

“I respect Ryan Kelley and have met him out on the trail. My hope is that the FBI is acting appropriately because the timing here raises serious questions. Praying for him and his family,” one of his Republican opponents, Kevin Rinke, offered his support for Kelly on Twitter.

Rinke carefully chose his words, but he knows what is going on here: The corrupt FBI, under orders from the corrupt Justice Department being led by the most decrepit, dementia-stricken ‘president’ who is only in office because his ‘victory’ was stolen from President Trump, has gone completely rogue and is now officially nothing more than the left-wing deep state regime’s secret police.

This comes after the leading GOP challengers, including former Detroit Police Chief James Craig, among the top contenders capable of unseating Whitmer, had their signature campaigns hijacked by Democratic leftist operatives who purposely gathered false signatures to prevent them from qualifying for the ballot (even though they were paid). It seems Michigan has become Chicago writ large: A cesspool of Democrat corruption where races are won only by cheating, not because the party is popular or has better ideas. Three courts ruled against the GOP challengers even though the judges are fully aware their signature campaigns were infiltrated.

The Detroit News noted the ‘unusual’ nature of what happened to Craig:

For Craig, the Supreme Court’s decisive ruling was a stunning end to his campaign for the state’s highest office.

Before Friday, the state had never seen someone lead a gubernatorial primary race for a year and then never make the ballot, Michigan political consultant John Sellek said of Craig.

That’s all you need to know to understand how wrong — and corrupt — what happened to Craig really is.

As for Kelley, the FBI and Justice Department had the information to charge him for more than a year but decided to wait until now to arrest him — because obviously, he was the next most serious threat to Whitmer (who must have something about a lot of people because she certainly seems protected

The system of government our founders bequeathed us was the best ever devised in the history of the world. But its fatal flaw was that it requires men and women of integrity to make it function as designed.

There is no ‘fixing’ this with elections anymore — those will be stolen. The only solution is for states to opt-out.