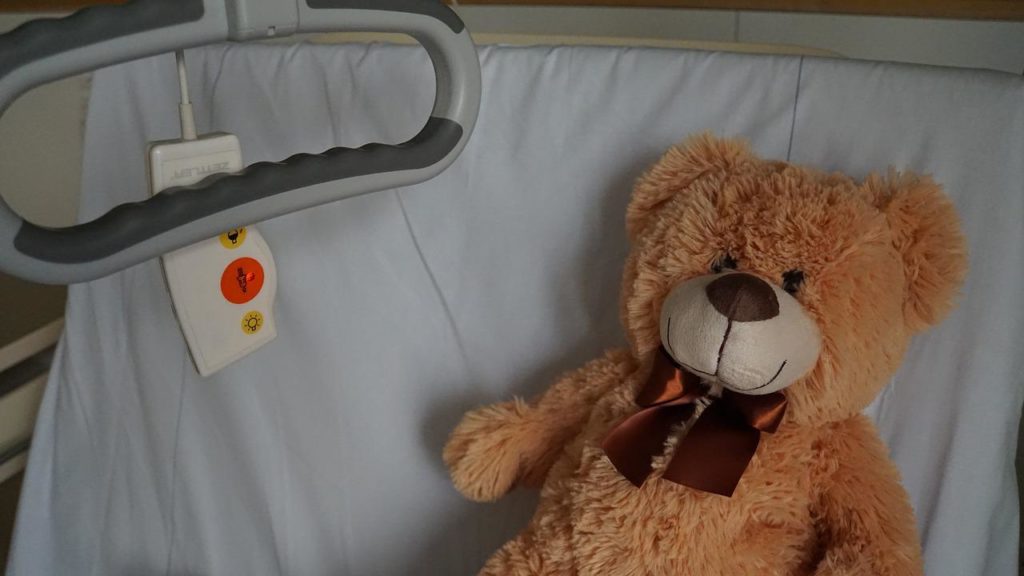 Since 2021 there have been many disturbing revelations about how St. Jude’s Hospital generates, hoards, and spends billions of dollars in donations (see 1, 2).

Thanks for ProPublica for its most recent exposé on the ongoing issue. by David Armstrong and Ryan Gabrielson

Behind the Hospital’s Claims to Donors

Update, June 10, 2022: The growing size of St. Jude’s reserve fund prompted a charity watchdog to downgrade the nonprofit’s rating one letter grade, from B to C. CharityWatch, in a report posted on its website on Friday, explained that it issued the lower grade because St. Jude’s assets now exceed three years’ worth of operating expenses. The rating organization also said St. Jude does not meet its benchmarks for governance and transparency.

ProPublica is a nonprofit newsroom that investigates abuses of power. Sign up to receive our biggest stories as soon as they’re published.

In July 2021, St. Jude Children’s Research Hospital announced to fanfare that it had just finished raising $2 billion in donations, a single-fiscal-year record for the nation’s largest health care charity. “Solving pediatric cancer is a global problem — a multi-trillion, multi-year problem,” Rick Shadyac, chief executive of St. Jude’s fundraising arm, told the Associated Press at the time. “The way we look at it is: If not St. Jude, then who?”

Financial disclosures newly released by St. Jude, however, show $886 million of the hospital’s record $2 billion-plus in revenues last fiscal year went unspent. Those surplus dollars instead flowed to the hospital’s reserve fund, which helped it grow to $7.6 billion by the end of June 2021. That’s enough money to run St. Jude’s 77-bed hospital in Memphis at last year’s levels for the next five years without a single additional donation.

The impressive growth in fundraising raises new concerns about the amount of money that the charity has put aside for its rainy day fund.

Last year, ProPublica reported that St. Jude had accumulated billions of dollars while many families of young patients treated at the hospital struggled financially. Parents told ProPublica that they’d exhausted savings and retirement accounts and borrowed from family and friends, despite St. Jude’s much-publicized pledge to alleviate many of the costs associated with treatment “because all a family should worry about is helping their child live.” St. Jude said they provided generous benefits to families, but cannot cover all financial obligations that a family experiences during a child’s illness. In response to the story, St. Jude significantly increased its benefits for families, including more support for travel and housing.

Some researchers, oncologists, health care advocates and families of patients complain that St. Jude’s fundraising makes it more difficult for other pediatric hospitals to raise money for their operations. St. Jude competes for fundraising dollars directly against other children’s hospitals, some of which have significant numbers of patients in clinical trials and their own research divisions focused on pediatric cancer care. To visualize just how much St. Jude outstrips its competitors: In 2020, U.S. News and World Report’s ranked the nation’s best children’s cancer centers. St. Jude’s, ranked tenth, pulled in more than the combined total of the nine hospitals ranked above it , according to financial records filed with the Internal Revenue Service.

“Donors all want to get the biggest bang for their buck,” said Ge Bai, a professor of accounting and health policy at Johns Hopkins University. “It’s time for St. Jude to respect donors’ preferences and stop hoarding. Effectively and sufficiently spending money on the core mission is the only way to deserve donors’ trust and sustain their generosity.”

In a statement, St. Jude said the large reserve was a prudent cushion against swings in the stock market as well as the economic uncertainties created by global crises like the war in Ukraine. It said it expects the yearly cost of operating the hospital and making capital improvements to increase from a total of $2 billion in fiscal 2023 to $2.2 billion by fiscal 2026. At that point, according to the statement, contributions may not keep pace with spending and the hospital may need to tap the reserve fund. The hospital said it expects to spend a total of $12.9 billion over the six-year period beginning with fiscal 2022.

St. Jude said it cannot be fairly compared to any other hospital because its operating model relies disproportionately on public donations.

“Our reserves allow us now, and in the years ahead, to treat patients and continue research projects — no matter what happens to the economy or in the event of a disaster,” the statement said.

St. Jude said it is also expanding its work internationally, including a plan to spend $200 million over five years to help thousands of children in the Middle East, Africa and other parts of the world receive free chemotherapy drugs. In recent months, the hospital has also helped pediatric cancer patients in Ukraine continue receiving care.

The Better Business Bureau’s Wise Giving Alliance, which sets standards for charitable spending, advises charities to avoid accumulating funds that could instead be used for current programs. It says a charity’s unrestricted net assets available for use should not be more than three times the past year’s expenses or the current year’s budget. The alliance’ deducts assets like land and buildings from its calculations and combines the expenses of the hospital and its fundraising arm. The alliance calculation puts the reserve fund at 3.05 times higher than the current year budget of the hospital and ALSAC, which the charities provided to the alliance. Though St. Jude itself is slightly above the limit, the alliance said it remains in compliance.

The record-breaking $2 billion in contributions to St. Jude represented a 16% increase over the previous year. St. Jude said that it benefited from investment gains in a hot stock market in addition to the increase in contributions in fiscal 2021.

One key driver of the boost in donations was bequests, in which donors name St. Jude as a beneficiary in their wills. Such donations increased 24% from the prior year to $478 million, or almost one in four dollars donated to St. Jude.

The bequest program, while one of the most successful in the country in terms of dollars raised, has also led to disputes with donors’ family members and allegations the hospital is too aggressive in seeking monies from inheritances. St. Jude says that it operates with the highest ethical standards in carrying out donors’ intents.

While St. Jude’s fundraising thrived, the pandemic shutdown devastated many other charities.

St. Baldrick’s Foundation is one of the largest funders of childhood cancer research in the country. Its wide-ranging programs pay for clinical trials to test new treatments and provide training for new doctors and researchers entering the field.

The charity primarily raises money through events where people shave their heads to solicit contributions. When COVID-19 triggered quarantines in March 2020, St. Baldrick’s had to cancel scores of events and lost millions of dollars in donations, said Kathleen Ruddy, the organization’s chief executive.

In the fiscal year before the pandemic began, St. Baldrick’s financial disclosures show it raised more than $36 million. Total donations last fiscal year, ending in June 2021, were about $18 million — a 49% drop. The charity had to close several research grant programs and lay off staff, Ruddy said.

St. Jude is one of a number of deserving charities serving kids with cancer, Ruddy said.

“We have funded about $9.3 million worth of research at St. Jude” since the foundation launched in 2004, Ruddy said. “But we’ve funded over $300 million at other hospitals. So it tells you that no institution has a monopoly on talent and innovation and ideas.”

She said St. Baldrick’s fundraising has begun to recover and the charity plans to restore one of its shuttered research grants next fiscal year.

David Armstrong is a reporter at ProPublica specializing in health care investigations.