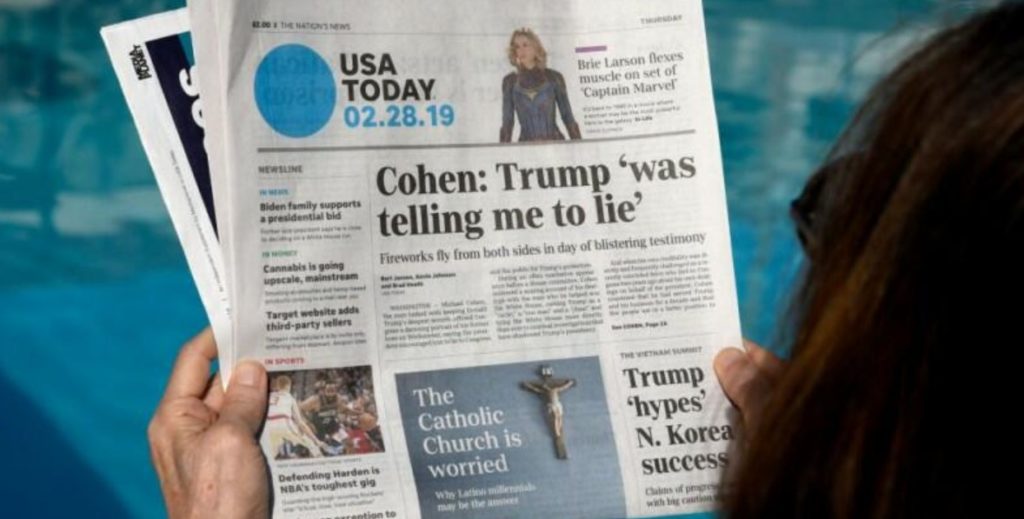 USA Today, which is used as a “fact checker” by social media platforms, was forced to delete 23 articles from its website after an investigation found one of its reporters had fabricated sources.

Well, this is awkward.

The news outlet has an entire section of its website dedicated to “fact checking” and is used by Facebook to “fact check” stories published by other outlets, downranking them in algorithms in a form of soft censorship.

However, it appears as though USA Today should have devoted more resources to fact checking itself before publishing articles by its own staff.

“USA Today’s breaking news reporter Gabriela Miranda fabricated sources and misappropriated quotes for stories, the news outlet confirmed on Thursday. The outlet conducted an internal audit after receiving an ‘external correction request’ on one of its published stories,” reports Breitbart.

The 23 articles which were removed for not meeting the paper’s “editorial standards” included pieces on the Texas abortion ban, anti-vaxxer content and Russia’s invasion of Ukraine.

Miranda, who has now resigned from her position, “took steps to deceive investigators by producing false evidence of her news gathering, including recordings of interviews,” according to the New York Times.

“After receiving an external correction request, USA TODAY audited the reporting work of Gabriela Miranda. The audit revealed that some individuals quoted were not affiliated with the organizations claimed and appeared to be fabricated. The existence of other individuals quoted could not be independently verified. In addition, some stories included quotes that should have been credited to others.”

As we previously highlighted, USA Today was also forced to hastily delete a series of tweets which critics said were tantamount to the normalization of pedophilia after the newspaper cited “science” to assert that pedophilia was “determined in the womb.”

The newspaper was also lambasted by critics after it “fact checked” as “true” claims that an official Trump 2020 t-shirt features a “Nazi symbol”.

In February last year, the news outlet published an op-ed which denounced Tom Brady for refusing to walk back his previous support for Donald Trump and for being “white.”

The newspaper also had to fire their “race and inclusion” editor Hemal Jhaveri after she falsely blamed the Boulder supermarket shooting on white people.

In summary, USA Today has a severe bias problem and shouldn’t be used as a non-partisan “fact checker”.

Brand new merch now available! Get it at https://www.pjwshop.com/