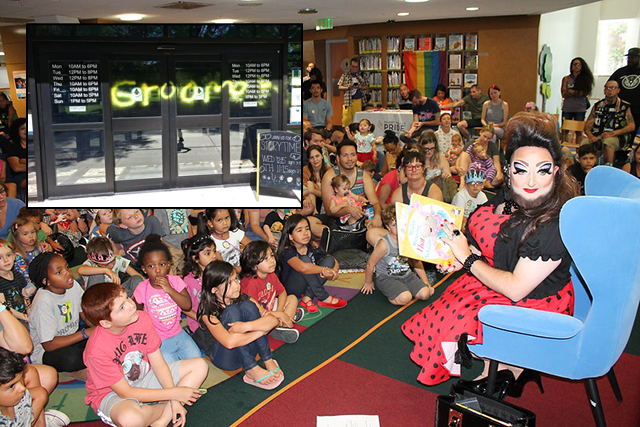 A librarian who confessed to spraypainting “groomer” on two libraries targeting children with “Pride Story Time” events has been charged with “multiple hate crimes” and two counts of malicious destruction of property, Prince George’s County Police announced on Thursday.

Prince George’s County Police detectives charged a man for vandalizing two public libraries in the county. These incidents occurred at the Greenbelt Branch Library and the New Carrollton Branch Library. The suspect is 30-year-old Charles Sutherland of Takoma Park.

The preliminary investigation revealed Sutherland spray-painted the word “groomer” on the exteriors of both buildings. The vandalism at the Greenbelt location occurred on June 4, 2022, and on June 9, 2022, at the branch in New Carrollton.

The PGPD assumed the investigation into these incidents on June 15, 2022.

Sutherland is charged with two counts of malicious destruction of property and multiple hate crimes related to defacing the building. He has confessed to the incidents.

Prince George’s County is one of the most violent, high-crime areas in all of Maryland in large part due to their soft-on-crime policies treating hardened thugs like “gentle giants” but they’ll throw the book at anyone who protests Drag Queen Grooming Hour.