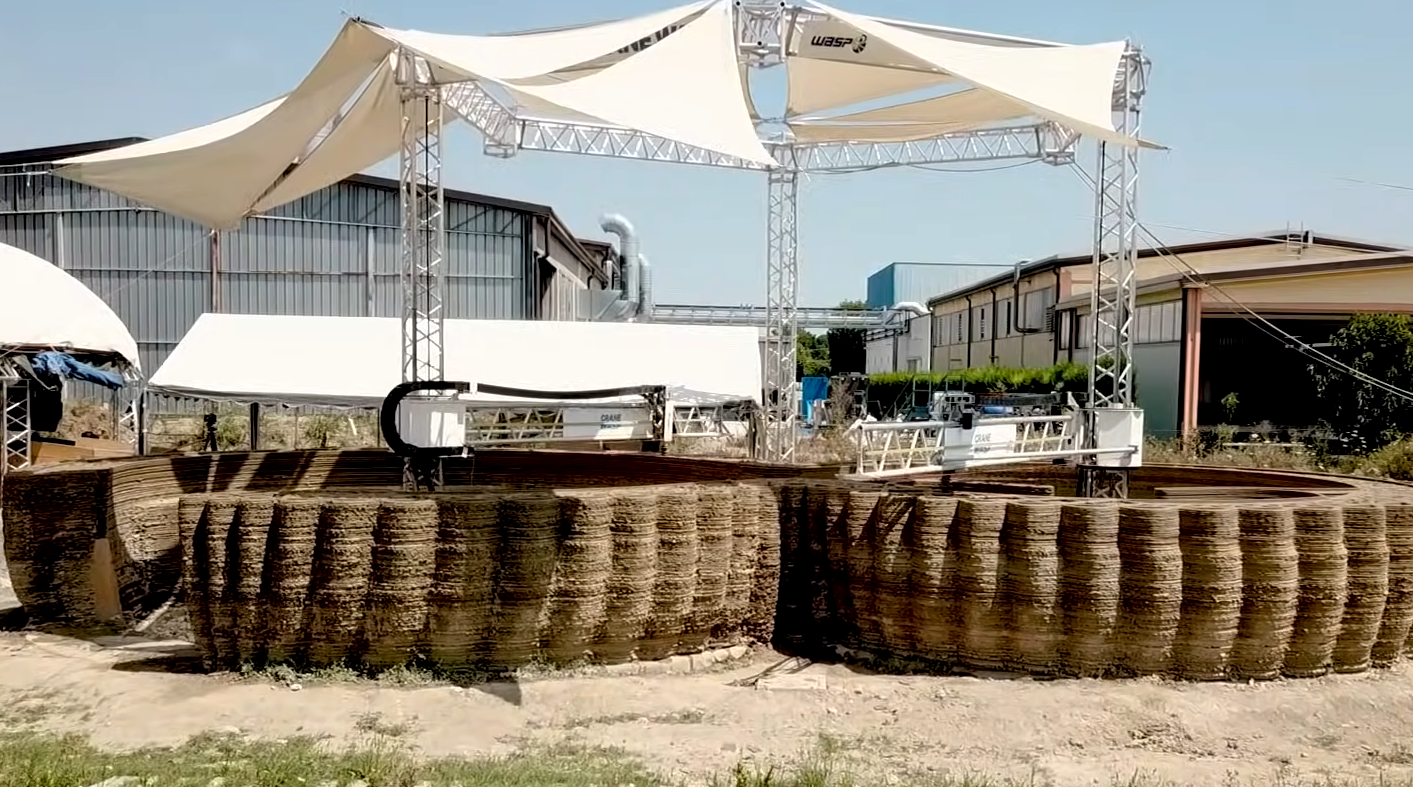 (Natural News) The first 3D-printed house made of fully natural and recyclable raw earth was built in Massa Lombarda in Ravenna, Italy.

It was a collaboration between Mario Cucinella Architects (MC A) and WASP, which both specialize in 3D printing.

The circular housing prototype is called TECLA – from the combination of the words technology and clay. It maximizes the traditional yield of raw earth through digital fabrication.

According to Mario Cucinella, this prototype represents “a paradigm shift in the field of architecture, meeting the needs of people and finding an answer for the ‘earth’ within the ‘earth.’”

For Cucinella, it is “a collaboration that becomes the union between empathic architecture and the application of new technologies.”

Inspired by the potter wasp, the house is made of a double dome solution that acts as structure, roof and cladding. The structural design of the house simplified the building process, minimized the resources and reduced construction time. It lays the foundation for the future creation of increasingly efficient and massive sustainable habitats.

The project has required 200 hours of printing, 7,000 machine codes (G code), 60 cubic meters of raw earth and an average consumption of less than 6 kilowatts.

WASP used a software capable of optimizing movements and avoiding collisions to allow two printing arms to function simultaneously. This modular and multilevel system can be configured according to each design, opening possibilities to build more complex projects using the technology. (Related: This 3D-printing robot can build an entire home in 6 months for just $300,000.)

Each printing unit has a printing area of 50 square meters, making it possible to build independent living modules of any shape and in a few days.

Just recently, SQ4D Inc. (SQ4D) has listed for sale the first 3D-printed house in the United States. The residential property was printed on-site using SQ4D’s revolutionary Autonomous Robotic Construction System (ARCS). The company is a pioneer in the construction technology industry and has developed its patent-pending ARCS technology to robotically build the footings, foundations, interior and exterior walls of 3D-printed houses on site.

The house SQ4D is selling is the first 3D-printed house slated to receive a certificate of occupancy. It is listed on Zillow.com for sale as new construction for $299,999.

It was built with concrete, providing strength and durability that conventional wood-frame construction cannot match.

“This technology will change America, the environment, and history. Just like Ford brought vehicles to the masses, SQ4D makes new construction achievable for everyone,” said Stephen King of Realty Connect, the Zillow Premier agent who has the listing. “At $299,999, this home is priced 50% below the cost of comparable newly-constructed homes in Riverhead, New York and represents a major step towards addressing the affordable housing crisis plaguing Long Island.”

With more companies dabbling in 3D-printed structures around the world, it’s nearly impossible to give an exact price for typical 3D-printed houses. But some of them reportedly cost $10,000 or less.

Follow Robotics.news for more news and information related to machines and modern technology.