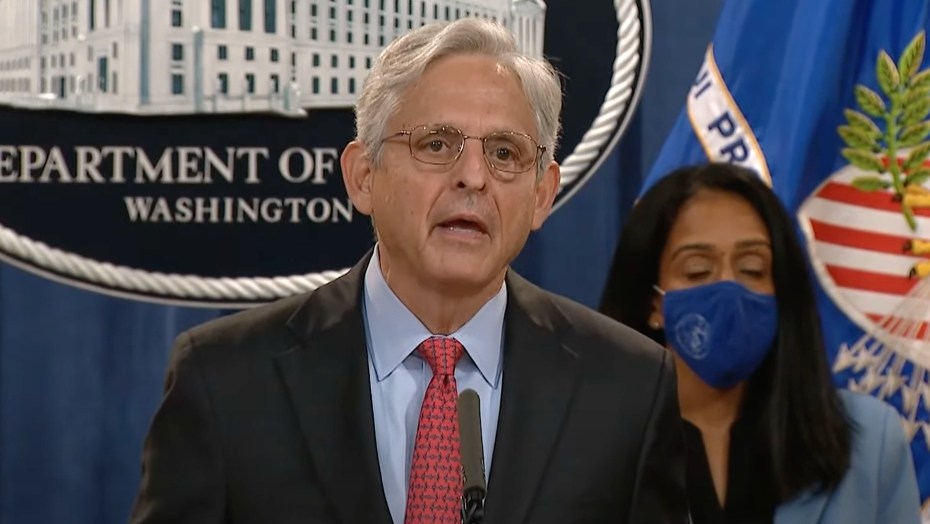 (Natural News) Americans who were upset with Republicans when then-Senate Majority Leader Mitch McConnell refused to advance then-President Barack Obama’s third Supreme Court nominee, Merrick Garland, in 2016 because they knew he was a left-wing extremist owe the Kentucky Republican and the GOP, in general, a hearty thank you.

Since he was installed as the attorney general of the “Justice” Department, he has engaged in one war after another against perceived political opponents of the Democrat Party, including ordering the FBI to conduct investigations into parents who show up to school board meetings expressing anger and resentment at the adoption of divisive curricula like critical race theory and sexually inappropriate materials for young students.

Now, Garland has expanded his war on the majority of America, according to Revolver News:

Ladies and gentleman, we regret to inform you that Merrick Garland is at it again. His office just took two actions in two consecutive days that constitute a tacit legal insurrection against the United States of America.

The statement comes in response to a massive 6-3 ruling against an overly restrictive law in Democrat-run New York denying citizens of the state their Second Amendment right to carry a concealed weapon for self-defense, requiring them to ‘show special need’ for having a gun (meanwhile, the uber-left privileged in the state get whatever they want).

“We respectfully disagree with the Court’s conclusion that the Second Amendment forbids New York’s reasonable requirement that individuals seeking to carry a concealed handgun must show that they need to do so for self-defense,”  the statement said on Thursday.

“The Department of Justice remains committed to saving innocent lives by enforcing and defending federal firearms laws, partnering with state, local and tribal authorities and using all legally available tools to tackle the epidemic of gun violence plaguing our communities,” the statement said.

Translation: Merrick’s Justice Department is disagreeing with a legitimate ruling on a fundamental constitutional right from the nation’s highest court, suggesting that the department will actually work with the deep-blue state to circumvent the ruling.

Then on Friday, Merrick’s agency issued yet another statement disapproving of the high court’s decision to overturn Roe v. Wade because there is no constitutional guarantee for abortions (or any medical procedure), sending the issue back to the states where it should have remained all along.

“Today, the Supreme Court overturned Roe v. Wade and Planned Parenthood v. Casey and held that the right to abortion is no longer protected by the Constitution,” Garland said in the second statement.

“The Supreme Court has eliminated an established right that has been an essential component of women’s liberty for half a century – a right that has safeguarded women’s ability to participate fully and equally in society. And in renouncing this fundamental right, which it had repeatedly recognized and reaffirmed, the Court has upended the doctrine of stare decisis, a key pillar of the rule of law,” he continued.

“The Justice Department strongly disagrees with the Court’s decision. This decision deals a devastating blow to reproductive freedom in the United States. It will have an immediate and irreversible impact on the lives of people across the country. And it will be greatly disproportionate in its effect – with the greatest burdens felt by people of color and those of limited financial means,” he added.

Again, the high court did not take away a right; abortion was never a constitutional right to begin with, and that’s what the ruling reflected.

While the DOJ has issued statements in the past on a number of occasions that the then-current AG is “disappointed” with rulings, never before has the department said it disagreed with a ruling, as if the AG even has a right to do so.

But it also suggests that the department also will refuse to enforce the ruling, which is de facto insurrection and, to paraphrase the Democrats, is “extremely dangerous to our democracy.”

DOJ does not issue statements like these disagreeing with Supreme Court rulings. It doesn’t happen. It has no lawful basis.

This can only be seen as a direct threat against the judiciary by Stasi agents. pic.twitter.com/JcJMBedpRX

“Keep your eye out for if the blue states ignore or refuse to implement the Supreme Court’s ruling on concealed carry weapons,” Revolver News reported.

The left is about to blow up what’s left of our institutions. Prepare accordingly.