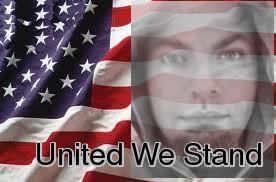 July 4th used to be my absolute favorite holiday for all the right reasons. We Americans love things like liberty and freedom. But where have those things gone?

I think many of us know that there will have to be blood spilled to replenish the state of liberty, but everyone I talk to is looking for someone else to lead the way. “Yeah Dean I’ll fight but someone else has to lead.”

Those are the words of a slave, my fellow Americans. And today we must resolve to be slaves no more.

These are my opinions but they are also the opinions shared by over 50% of Americans as my personal estimate. Today we celebrate freedom while worrying at the same time that we have lost it again. This time at the hands of our own government.

MOST AMERICANS KNOW THAT BIDEN WAS NOT FAIRLY ELECTED. If you read DC Clothesline and DC Dirty Laundry you know a lot of what I know. The Democrats stole Biden’s “election” and many seats in the House and Senate. This is FACT. I have only pieces of evidence here and there so, again, I have to say it is my opinion. But when over half of the country carries my opinion, you have to think there is reason to believe it’s the truth. Who are you going to trust? Fake news sources like CNN AND FOX, or your fellow Americans?

I choose the people who know rather than the fake news sources that are intent on brainwashing us. Yes America, in order to get large and successful in the news business you have to be willing to serve the government and NOT the people.

For those of you who don’t know me or remember me, I was once one of the most popular political writers in the world. It all started with an article I wrote in 2012, that was read by tens of millions of people all over the world.

I wrote that article in 2012 on a free wordpress site. I wrote that article, from my easy chair, and it was read by tens of millions and never made me a dime. LOL No ads folks. But it did make me famous and I am grateful for that.

But this is now about more than guns. They are killing people with a manufactured disease. They are sterilizing people, thus killing future generations, with vaccines that cause infertility. The disease killed some and the vaccines are now killing more than the disease did. This is fact, though you can’t get it out anywhere for people to read. I am currently suspended from both Facebook and Twitter for trying to do so.

If you do want to follow me, I am just starting on GAB and Truth Social. Both will open in new windows so go ahead and follow me now, please.

Let me just spit out what I’m trying to say because I am going on four hours sleep, not in the best of health and my mind is somewhat cluttered today.

It is time for a second American Revolution.

Folks blood will have to be spilled to regain control of our own country. We know it and convince ourselves otherwise. They have not fixed, or even investigated, the 2020 election results and will not because they won by cheating.

Yes there are people, like Mike Lindell, that are desperately trying to raise awareness and prove how the election was stolen. I salute them but it’s gonna take guns. There is no longer an alternative.

We are seeing evidence now of how corrupt things have become, as the Biden regime is doing anything it can to go against recent supreme court rulings, in favor of gun rights and pro-life supporters. Both the executive and legislative branch are collectively giving our judicial branch the finger. We all watch in disbelief, but it is happening.

We are all starting to figure out that covid and the resulting vaccines were more about depopulation than dealing with a real worldwide crisis. THEY ARE KILLING PEOPLE ON PURPOSE.

They have thrown our own country, and most of the world, into planned economic collapse. They are starving millions more on purpose. Someone has to say this, because I know how many are thinking it. I can’t sit quietly anymore.

They have destroyed our way of life and our culture in so many ways. The Gay Agenda. Television Trash. Drag Queen Story Hours. The list goes on and on. Anyone that has read this far knows we have problems that were purposely created. Almost every show has to have a black character despite blacks being less than 15% of the population last time I checked. Yet you can have all black casts without whites or even all black graduations at diversified schools. Try having an all white event and you are racist. If that’s true, and it may very well be, then isn’t an all black event just as racist? Every show tries to incorporate gays and lesbians despite them being an even smaller segment of our population.

They have made Christians a minority, or shrinking majority, in a country that was founded on God’s principles.

But what we need now is commitment from those who see what I see. There are an estimated 400 million civilian guns in this country and it’s going to take millions of guns to take this country back.

Oh no Dean, you’re crazy, their guns are so much more high tech than ours…

I hate to curse at all, especially in print, but all I can say is BULL SHIT. People make excuses over and over to stay in their infinite misery and to volunteer their servitude. It’s gonna take guts, resolve and a little bit of smarts but eventually many of our armed services, and much of their high tech weaponry, will be fighting beside us and for us.

Many people will have to die but we will capture technology one piece at a time and use it against our oppressors.

Either that or we can just watch them keep killing our neighbors one at a time. Which will you choose my fellow Americans?

Watch this video and realize that victories come from those bold enough to cast their fears aside and fight for freedom.

As America was born, Patriots fought for freedom and didn’t think about the idea of losing. Their lives were worth the price of freedom.

The time is NOW, as we celebrated 246 years of Independence today.

Every day we wait, the odds become more stacked against us.

Two and a half years ago I went blind. The good news is I can see again but have some peripheral loss in my right eye and I don’t move around as well as most of you. But it doesn’t seem that many are volunteering to lead the way. So today I commit to you:

If no one else will lead the New American Revolution, I will.

I’m going to need help folks. I have four kids 10 and under. We need a better leader that is NOT partially disabled. But no one seems to be stepping up to the plate. We all seem to be looking for someone else to do it. I’m tired of waiting. I need you all to follow me on GAB and maybe start to send me ideas. I am not a military mind and I’m partially disabled and old. LOL We can find a better leader but unless we start communicating we won’t find one. You have my commitment that I will lead if no one else wants to, but those of you that can help in any way need to follow me and message me on GAB. (Be patient, I’ll be getting messages like crazy) Thank You GAB for being one of the last remaining havens of free speech.

We need to start organizing now folks. There is no time to waste.

There is no reason to believe that the elections will ever be fair again unless we fight to make them fair again.

Many will have to fight and die to win back our freedoms.

We can and WE WILL.

I need you to share this article everywhere folks. This is the most important article I have ever written and it sure would be nice to have another 10 million, 20 million or 50 million readers. If you agree with what I’ve said then it is your patriotic duty to share this everywhere. Please do.

WE WILL NOT LET AMERICA FALL. NOT ON OUR WATCH!

Please share this everywhere you can and reprint it anywhere with my permission. It’s time that We the People take this country back. God Bless America and God Help it’s REBIRTH which starts on July 4th, 2022. Today we commit and start to plan. Soon we fight and win back our freedom!