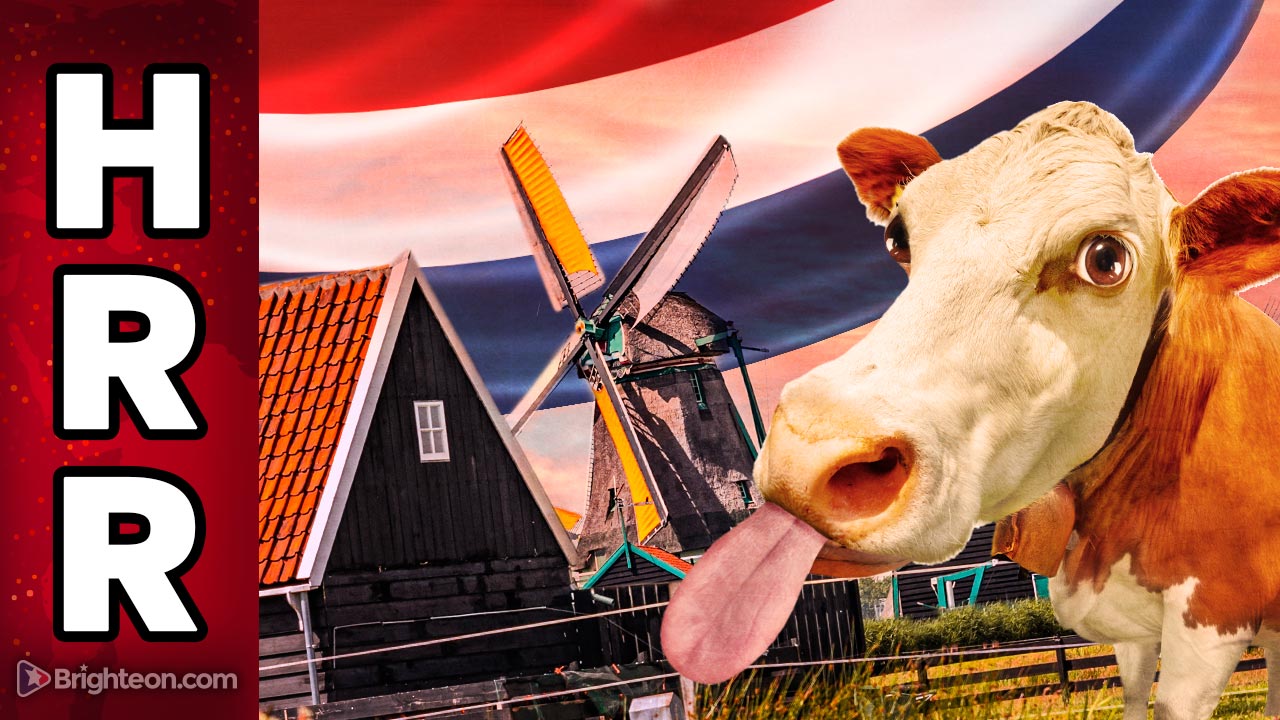 (Natural News) Western Europe is on suicide watch as virtue signaling nations tore down their fossil fuel infrastructure (and nuclear power plants) to appease the “greenies.” Now, countries like Germany, France and the UK are facing an energy catastrophe as Russia steadily reduces natural gas outflows from pipelines like Nord Stream 1, which is also scheduled to be taken offline in just five days for “routine maintenance.”

Many European nations are worried that Nord Stream won’t be turned back on, believing Russia will find an excuse to keep the pipeline offline for an extended period of time. This would be catastrophic for nations like Germany, which depend heavily on Russian gas to generate electricity and power domestic industry.

“Some fear the Kremlin could use planned maintenance works to turn off the taps for good,” reports CNBC:

“If it doesn’t come back after maintenance because President Putin plays games or wants to hit Europe while it hurts, then the plan to fill up gas storage by the end of summer will probably not work,” said Eurasia Group’s Henning Gloystein.

Eurasia Group said that if Putin orchestrated a total cut-off of gas supplies beyond the scheduled end of maintenance works on the Nord Stream 1 pipeline — in what Gloystein described as a “maximum economic warfare” scenario — Germany would likely be forced to move to level three of its three-stage emergency gas plan.

And why wouldn’t Russia cut off energy supplies to Europe when Europe is sending weapons to Ukraine to kill Russian soldiers? Why do European leaders think they can wage economic and kinetic warfare against Russia but demand that Russia avoid carrying out economic warfare against Europe? Europe seems to be saying, “We will KILL you, Russia! But please sell us your gas while we keep killing you.”

The stupidity of Europe’s policies is beyond comprehension.

Famine across Europe: No fertilizer, fuel or food

This crisis is, of course, entirely man-made. It was created by the financially illiterate socialists running Germany, France, Italy, the UK and other Western European nations. In their arrogance, they tried to take down Russia’s economy, but they only ended up making Russia rich while destroying their own local economies and supply chains:

Economists believe that the Europeans have committed financial suicide by imposing sanctions against Russia. They enforced sanctions and imposed total economic warfare on Russia thinking that Russia’s economy would collapse because of the European sanctions… Europeans are likely to go hungry and cold and all European products and services will be scarce or suspended.

This is what happens when you try to shut off the country that provides most of the energy and fertilizer that keeps your own nation afloat. Now, in their arrogance and belligerence, Western European nations are facing a total economic and social collapse over the coming winter as Russia cuts off energy flows.

In effect, the  green movement that has been mindlessly prostituted by the leaders of Western Europe has created such striking domestic vulnerabilities that Putin now has the power to destroy Western Europe by simply shutting of all exports from Russia. Western European nations are already years behind the curve in restarting coal and natural gas operations, meaning they will experience catastrophic suffering for years to come, even if they try to switch back to coal and gas right now.

Yet the mindless, incomprehensibly shortsighted leaders of Europe are still pushing their “green agenda,” demanding that somehow the world “transition” to wind and solar, even when there are no wind-powered trains or solar-powered tractors. A world that relies solely on “green” energy is a world that experiences the deaths of billions of human beings, followed by total economic and social collapse. That’s the world that Western Europe is begging for, it turns out, which is why Western Europe is acting like a suicidal death cult.

The Euro will collapse, likely within the next 18 months. Germany’s economy will implode. Mass starvation will spread across the continent, and much of Western Europe in 2023 will look like Sri Lanka today. When a country can no longer provide food, fuel, transportation or basic security, a mass uprising becomes inevitable. Starving, freezing, desperate people do desperate things.

We are witnessing the suicide of Western Civilization, spurred by the idiocy of socialism and the green movement, whose ideas are rooted in delusion and virtue signaling. This winter, maybe they can burn their bad ideas in wood stoves to keep warm… if only wood stoves were still available anywhere across Europe (which they aren’t).

Millions of Europeans are going to find themselves freezing and starving this winter, while their political leaders blame Putin instead of themselves. Because libtards are incapable of learning from their own bad decisions. They just double down on stupidity and blame someone else.

Get more details on all this and much more in today’s Situation Update podcast: