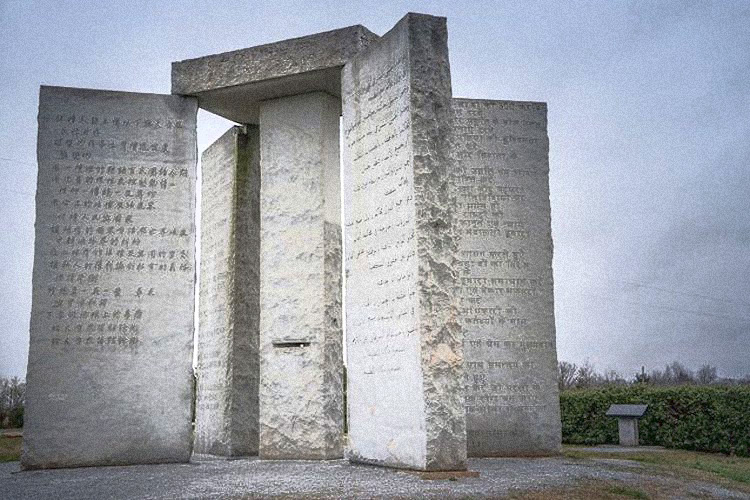 (Natural News) The controversial Georgia Guidestones in Elbert County were completely demolished by crews after getting severely damaged by an explosion. Erected almost 50 years ago, the monolith had been criticized as part of a globalist plan to control the world.

A report by Atlanta TV station 11Alive stated that “unknown individuals” detonated an explosive device near the granite structure during the early hours of July 6. Multiple people living near the Guidestones said the explosion even shook their homes. The Elbert County Sheriff’s Office (ECSO) responded to the scene and found that the blast destroyed a large portion of the structure.

The ECSO then called for the Georgia Bureau of Investigation (GBI) to assist with the investigation. GBI subsequently sent its Explosive Ordnance Disposal Unit on the scene to conduct an examination.

Later in the evening, 11Alive reporter Dawn White reported that construction crews were deployed to the site of the Guidestones to level the parts that remained standing. Footage from the site, which showed construction equipment and a heap of stone blocks, confirmed this development. According to the Associated Press, the remaining parts of the Guidestones were demolished for “safety reasons.”

Resident Sara Beth Bowen was among the residents who heard the explosion, which occurred at around 4 a.m. and caused significant damage to the monolith.

“I probably live three or four miles out of town so I did hear it at my house. My power did flicker for a few minutes, so I’m not sure if it was because of the explosion or what. I did hear it,” she recounted to WYFF 4. A helicopter from the channel flew over the scene and saw pieces of the monolith destroyed.

Elberton Granite Association Executive Vice President Christopher Kubas outlined the damage to the Guidestones. He said: “The capstone piece has been damaged, and I’m sure the other three wings and the center support probably have damage to them as well.”

According to Kubas, surveillance cameras were installed on the site after the site became a target of vandalism.

Georgia Guidestones outline the globalist plan for the world

First erected in 1980, the 19-foot Georgia Guidestones are inscribed with ten guiding principles written in eight different languages. The structure was commissioned by an individual who went by the name “Robert C. Christian” a year earlier. The mysterious patron wanted the Guidestones to be capable of withstanding disasters and catastrophes.

“The stones have messages on them. You know, guides for humanity,” said Kubas. “Some people find them offensive.”

The very first principle etched on the Guidestones reads: “Maintain humanity under 500 million in perpetual balance with nature.” This aligned with the plans of globalist elites to rid the world population of what they deem “useless eaters.” (Related: Globalists’ goal of depopulating the world guided by principles literally set in stone – the Georgia Guidestones.)

Republican gubernatorial candidate Kandiss Taylor, who landed third place in the primaries, claimed the Guidestones are satanic. She also announced plans to demolish them through Executive Order 10, which she plans to sign in case she becomes governor of the Peach State.

“For decades, the global Luciferian regime has seeped its way into our government. [It] erected statues spelling out the exact plans [it] had for us,” she wrote on her website.

“Today, We The People of Georgia say no more. It’s time for us to return the favor.”

Taylor promised to “turn the Guidestones into dust,” reiterating that “the satanic agenda is not welcome” in Georgia. Taylor took to social media on the same day the Guidestones were damaged and eventually demolished.

“God is God all by Himself. He can do anything He wants to do, [and] that includes striking down [the] satanic [Georgia] Guidestones,” she wrote on July 6.

Watch this video that talks about the demolition of the Georgia Guidestones.

This video is from the Anti-Disinformation channel on Brighteon.com.

COVID-19 vaccines used to kill people in what is shaping to be the largest genocide in history.