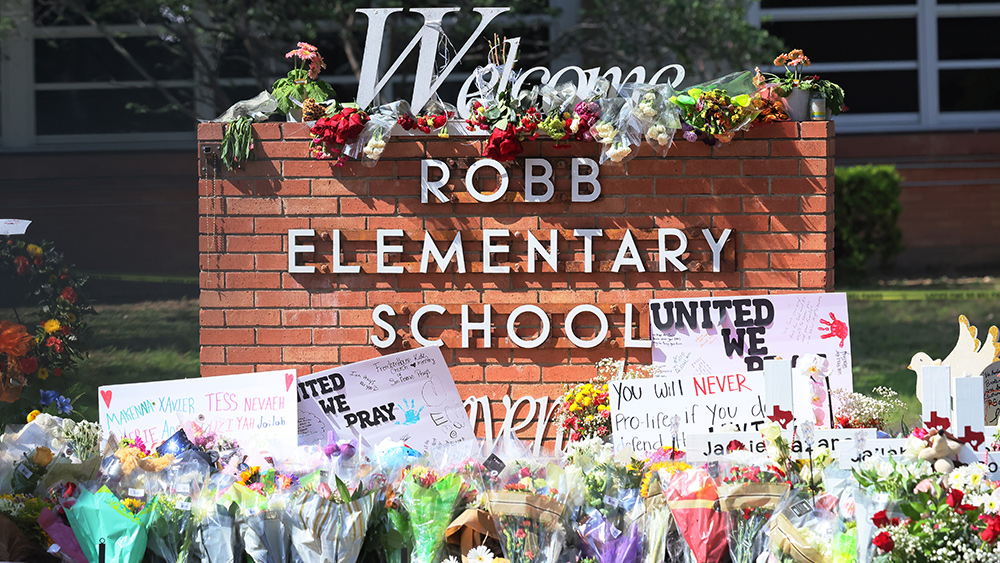 (Natural News) The circumstances surrounding the Robb Elementary School incident that occurred in Uvalde, Tex., back in May are so inexplicably strange that even the mayor of Uvalde himself is now admitting that the whole thing reeks of a cover-up.

Don McLaughlin says the Texas Department of Public Safety (DPS) is involved in this cover-up, which saw police officers who were fully geared up and prepared for a mass shooting refuse to do anything about it for nearly an hour and a half while the alleged shooter went crazy both outside and inside the building.

“… the Uvalde shooter was able to fire off rounds outside the school building for 12 minutes, unobstructed and unchallenged by law enforcement before he entered the school and murdered children,” reported The Free Thought Project.

“He then entered the school where he was allowed to remain unhindered for 1 hour and 17 minutes before a tactical unit with Border Patrol showed up, disobeyed the order not to go in, and finally took him out.”

A still shot taken from surveillance footage inside the school shows that Uvalde police were equipped and ready to engage the shooter. At least one of them was seen with a bullet-proof shield nearly an hour before police decided to enter the classroom where the alleged shooter was supposedly hiding out.

“I’m not confident, 100 percent, in DPS because I think it’s a cover-up,” said McLaughlin, putting DPS Col. Steven McCraw on blast. “McGraw’s covering up for maybe his agencies.”

Two weeks ago, McLaughlin claimed the opposite; said “there is no cover-up”

The police response to the incident, McLaughlin further told the Texas Senate, was an “abject failure.” Police chief Pedro “Pete” Arredondo deserves all of the blame, McLaughlin added, but there is more to the story than that. (Related: The bodycam footage of Uvalde police officers will likely never be released, so there is no way for the public to evaluate police actions during the incident.)

“Every agency in that hallway is going to have to share the blame,” McLaughlin added in a statement. “At this point, I don’t know what to believe and what not to believe.”

“I lost confidence because the narrative changed from DPS so many times and when we asked questions, we weren’t getting answers.”

Interestingly, McLaughlin’s latest statements contradict his earlier ones. Just two weeks ago, McLaughlin stated definitively that “there is no cover-up,” and now he is alleging just the opposite.

What has possessed this man to change his story all of a sudden? We may never know the true answer to that question. But the whole thing really does reek of a bunch of bureaucrats failing to get their stories straight as to why nobody with any power of authority did a thing for an hour and a half while the alleged shooting took place.

We do know, however, that parents and others who tried to get inside the building to save the children and their teachers were aggressively thrown to the grown, tasered and even handcuffed by the very same police officers who are now under fire for doing nothing to stop the alleged shooting.

“The police were doing nothing,” said Angeli Gomez, one of the parents who was treated like a criminal for trying to get inside the school to save the children. “They [the police] were just standing outside the fence. They weren’t going in there or running anywhere.”

Since deciding to defy police orders and jump the fence to get inside the school, Gomez says she has been relentlessly harassed, including at her own home.

The latest news about Uvalde and other alleged school shootings can be found at FalseFlag.news.