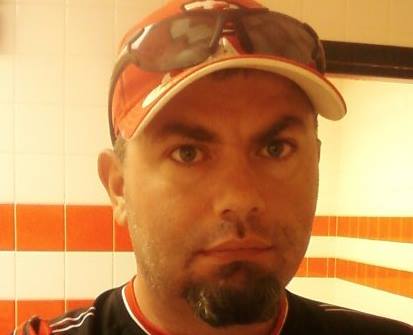 I officially left Catholicism in the early 90s and started calling myself “non-denominational” Christian. Yes I loved my Catholic brothers and sisters, and still do, but if you’ve learned anything about me over the years…Dean is very opinionated and NOT always right. This time I think I am but you will have to make that decision for yourself.

There are many Catholic teachings I love and totally agree with. One is called a sin of omission.

In the Catholic view, a sin of omission is a failure by a person to take an action that one “ought to do”, and that is within ones power, and when attentively and willfully done, it is considered to be a sin. Like sins of commission (sins resulting from actions performed), the extent to which guilt is afforded by a particular sin of omission is determined by the extent of deliberation involved in the act, and by the magnitude of the precept and the dignity of the virtue that the omission opposes.[1]

I was talking to an old “seminarian” friend earlier and this came up (yes I spent three years in a seminary). If we don’t do something NOW is that not making it harder for our kids and grandkids? Sometimes a failure to act is just as bad, or almost as bad, as a bad action. I’ll give you an example. I wrote a nasty letter in college to a girl who was considering abortion. It worked. She had the child and I pray often that this child has a good life with two loving parents (adopted). A couple of years later my best friend had a girlfriend’s pregnancy end in abortion and I said NOTHING.

Trying to transition from Catholic to Non-Denominational Christian is not easy when dealing with people who were raised Christian. Other than John 3:16 I can’t quote much from the Bible, but I do believe in it and have read every word.

So I am in no way an expert on theology and hate to try to write Christian messages to those who know the Bible better than I do, but I have to ask you all.

If we do nothing now, aren’t we condemning future generations, including our own kids and grandkids?

Someone has to start talking about revolution folks. Why? It is obvious to most of us that they have killed millions with a manufactured disease. Furthermore, it appears they are now killing millions more with unproven vaccines. I post articles about this daily on DC Clothesline and DC Dirty Laundry.

Many of those posts get me censored from Facebook and Twitter. I recently came off suspension from Twitter. But that may not last long, and I am still suspended from Facebook, so you are better off to follow me on GAB and Truth Social. (links will open in new tabs so you won’t lost this article)

I was watching Joe Rogan a couple of days ago and he admitted that there are major problems but very much tried to downplay the thought of armed revolution.

We live in a country with 400 million civilian guns and there may be no other way.

Planned starvation and planned economic collapse is making itself more evident every single day and we all see it but we are scared. I’m shaking in my boots but the only way my kids and grandkids have a chance depends on what I do now. I haven’t even mentioned the eminent threat of war with Russia and/or China. Folks this is all being done on purpose, at the expense of good people who are being used as pawns.

We live in a world that is slowly squashing out the remaining remnants of Christianity and we can not sit and take it anymore.

Forget the promise of your own salvation for just a moment please.

Should every Christian not be preparing to fight now? Won’t our actions effect all future generations?

Would you be shocked to hear God tell you, on the day of your judgement, “Dean you lived a pretty good life but your fear and laziness stole the same opportunity from your kids and grandkids.”?

I would not be surprised to hear that at all. I am less perfect than probably 99% of my readers, but… I know that someone has to say something while there is still SOME hope.

We are outgunned for sure, but if David never faced Goliath and WON, who knows where any of us might be today.

It takes courage to effect change. The courage we show now could save millions of souls and help make up for the millions of people we have let die while we did nothing.

Just the thoughts of an imperfect Christian and recovering Catholic. Nutjobs will want to follow me on GAB and Truth Social. I really don’t think I’m a nutjob, by the way. I just feel like people that can really see what’s going on, and what we need to do, are a vast minority in 2022.

In some circles we are called The III%…

God Bless America. God Bless You and Your Family.

We owe it to future generations to stand tall now, or share in the guilt of what happens in the future. That’s my opinion.