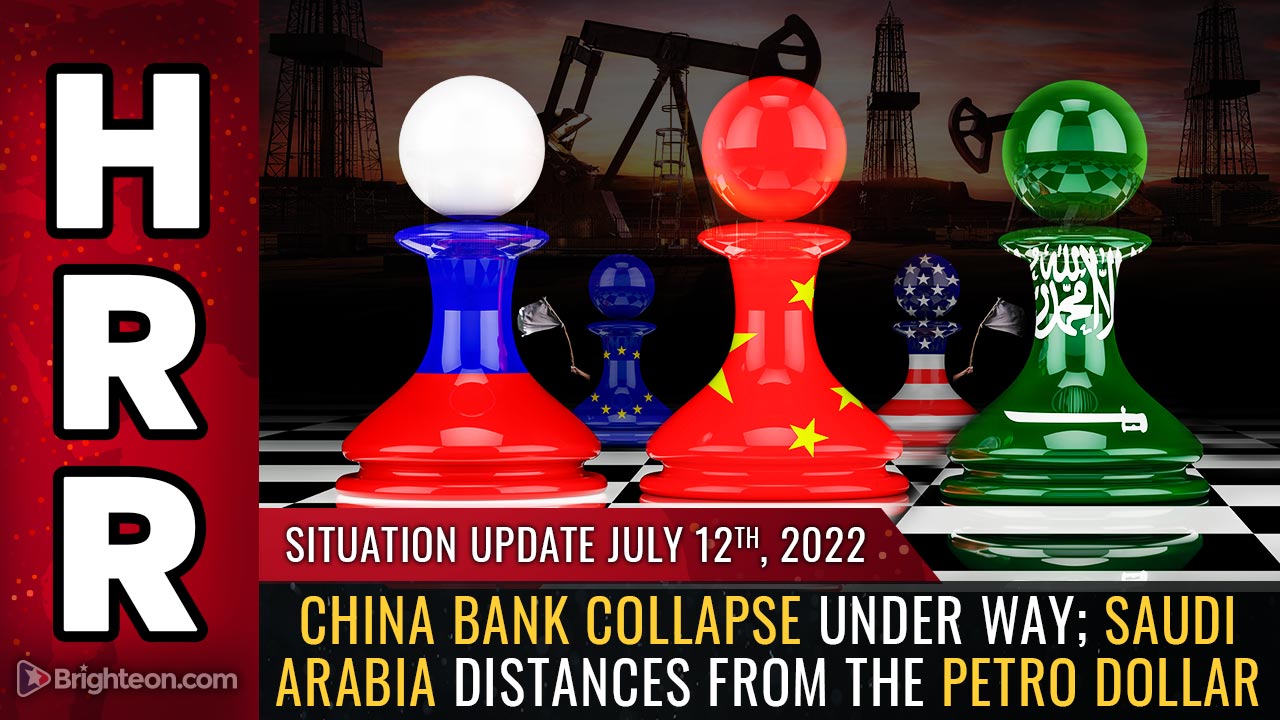 (Natural News) Chaos and collapse are spreading. Sri Lanka now has 2-3 days of bread left on store shelves, and both the government and the economy there are in a state of total collapse. Via DNAIndia.com:

All Ceylon Bakery Owners’ Association (ACBOA) on Sunday said that bakery products including bread will be emptied from the shelves in the next two or three days amid severe food shortage in the country.

Meanwhile, a bank run is spreading across China as some of the country’s major banks announce a freeze on withdrawals, effectively declaring a “bail-in” scenario where people don’t get their money back. Via ZeroHedge:

A large crowd of angry Chinese bank depositors faced off with police Sunday in the city of Zhengzhou, and many were injured as they were taken away, amid the freezing of their deposits by some rural-based banks.

The banks froze millions of dollars worth of deposits in April, telling customers they were upgrading their internal systems. The banks have not issued any communication on the matter since, depositors said.

According to Chinese media the frozen deposits across the various local banks could be worth up to $1.5 billion and authorities are investigating the three banks.

On top of this, Newsweek is reporting — and The Conservative Treehouse is covering — the shocking fact that Saudi Arabia is now openly declaring the nation will effectively drop the petro dollar status for the dollar and embrace world currencies, even joining the BRICS nations that include Russia and China. This change will have catastrophic, empire-ending ramifications for the US dollar and the collapsing US economy: (emphasis added)

“China’s invitation to the Kingdom of Saudi Arabia to join the ‘BRICS’ confirms that the Kingdom has a major role in building the new world and became an important and essential player in global trade and economics,” Mohammed al-Hamed, president of the Saudi Elite group in Riyadh, told Newsweek. “Saudi Arabia’s Vision 2030 is moving forward at a confident and global pace in all fields and sectors.”

And while Crown Prince Mohammed has sought to enhance cooperation with the U.S., especially as President Joe Biden prepared this month for his first visit to the monarchy he once branded a “pariah” over alleged human rights abuses, the Saudi royal has also expanded ties with Russia and China in recent years. Joining BRICS would demonstrate a commitment to Riyadh’s resolve in dealing with other major powers and mark a significant win for the effort to boost economic frameworks established outside of the auspices of the U.S. and its immediate allies.

“This accession, if Saudi joins it, will balance the world economic system, especially since the Kingdom of Saudi Arabia is the largest exporter of oil in the world, and it’s in the G20,” Hamed said. “If it happens, this will support any economic movement and development in the world trade and economy, and record remarkable progress in social and economic aspects as Saudi Arabia should have partnerships with every country in the world.”

Learn more about all these issues and more in today’s Situation Update podcast via Brighteon.com: