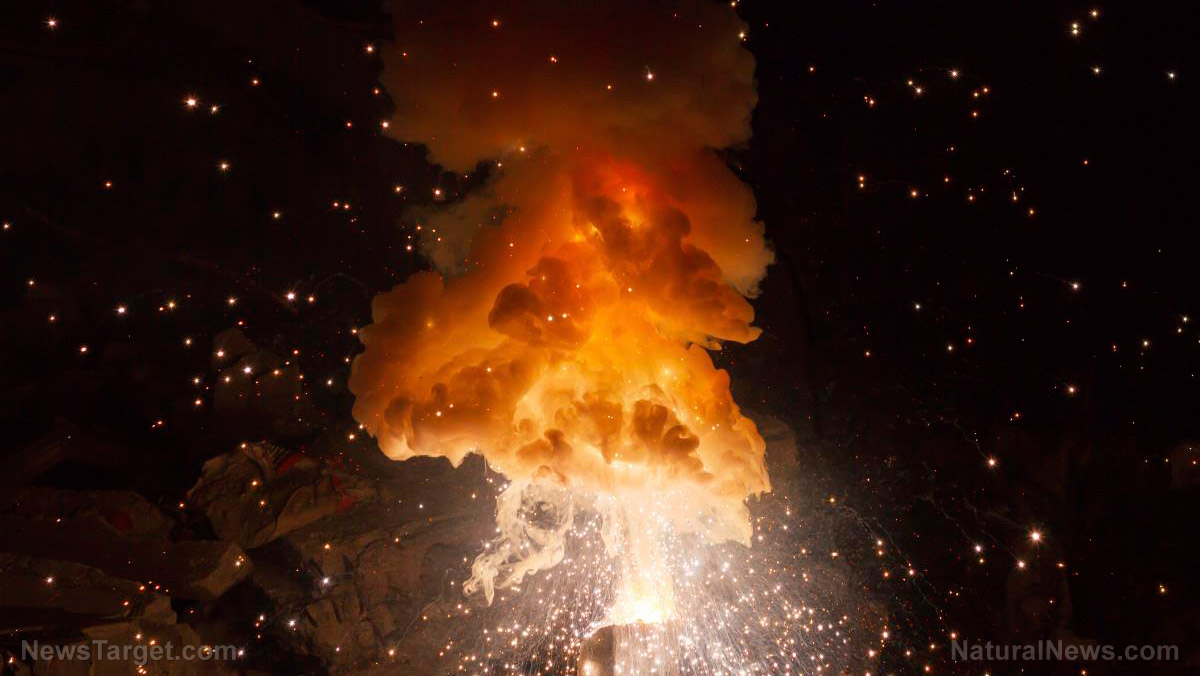 (Natural News) Yet another piece of America’s energy infrastructure went up in flames over the weekend, this time in the Houston-area town of Willis.

Officials from Fort Bend County say they responded to a natural gas pipeline explosion that occurred in the 15400 block of JoAnn near FM 1952, located just west of Orchard.

Precinct One Constable Chad Norvell announced on Twitter that nobody was harmed and no buildings were damaged.

“It will take some time to close the line and burn off,” he added about the fire – watch the video below:

Natural gas line. No injuries or structures damaged. It will take some time to close the line and burn off. https://t.co/2L6BVfeX00 pic.twitter.com/vfuuiKADxa

Energy Transfer, the pipeline’s owner, issued a statement as well following instructions to area residents to stay away from the pipeline and the massive fireball flames that were seen emanating from it.

“There was an incident today in Fort Bend County on the Old Ocean Pipeline at approximately 11:15 am,” the company announced. “Our control center immediately shut in the line and the area was secured. There were no injuries.”

“By shutting in the line and isolating the impacted section of the pipeline line, the fire was allowed to safely burn itself out by 12:30 pm. All appropriate regulatory agencies have been notified. We will continue to provide updates as information becomes available. There will be an investigation into the cause of the incident. We will not have any information on that until the investigation is complete.”

Is America’s energy sector being targeted for destruction?

There have been numerous similar explosions in recent weeks in Texas, including at Freeport Liquefied Natural Gas.

As we reported, an explosion occurred at that Gulf Coast facility that is expected to leave the plant offline at least throughout the end of the year.

Now, all of a sudden, there has been another mysterious natural gas explosion not too far from Freeport that, while the fire is now out, could impact the supply of natural gas and natural gas products.

“Texas is the number one U.S. state for crude oil and gas production, with fields dotted across much of its landscape,” reports explain. “Last year, the Lone Star state accounted for 43 per cent of the nation’s crude production and a quarter of marketed natural gas production, according to government data.”

“Texas is criss-crossed with 17,000 miles of pipelines which move natural gas from the state across the U.S. and into Mexico.”

Between these mysterious explosions and the dozens of fires that have occurred at food production facilities cross the United States in recent months, it almost seems like this is all a coordinated attack on the American economy.

“They’re not even trying to hide it anymore,” wrote a commenter on a news story about the latest pipeline incident.

“Two incidents in one day – one in Oklahoma and one in Texas – yeah, nothing suspect here,” said another sarcastically. “They are destroying food plants and now gas.”

“It’s no coincidence this is happening in many industries that are important in our life and economy,” expressed someone else. “Another natural gas supplier exploded in Oklahoma as well.”

“The controllers want you begging for their chains.”

It is eerily coincidental, said another, that the Biden regime’s Environmental Protection Agency (EPA) just got done threatening the elimination of the Permian Basin right before this latest pipeline explosion.

“Anyone remember what the drooling potato in the White House said about ‘there WILL be food shortages?’” this person added. “This is payback from the ‘elites’ to us ‘stupid fly-over’ deplorables who voted for Trump.”

The latest news about the mysterious energy sector fires and explosions can be found at FuelSupply.news.