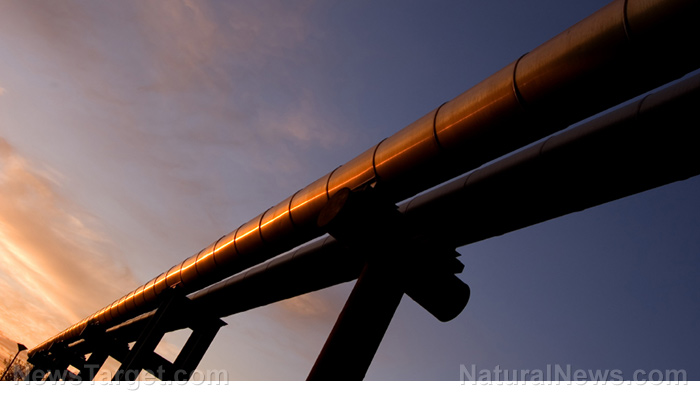 (Natural News) Almost immediately after Russian energy giant Gazprom announced that it can no longer guarantee any further gas deliveries to Europe, Canadian energy firm TC Energy declared its own force majeure for the Keystone pipeline here in the United States following a suspicious “power failure” at a pump station in South Dakota.

Placing the blame on “extreme temperatures” throughout much of the country, TC Energy says the Keystone pipeline is now having to operate “at a reduced rate due to damage to the third-party power utility,” according to a statement from the company.

To clarify, the Keystone pipeline is different from the Keystone XL pipeline project that was killed the first time by Barack Hussein Obama, followed by a second axing from Joe Biden, Obama’s third term puppet “president.”

The Keystone pipeline now under a force majeure starts in the same place – Hardisty, Alberta – that the Keystone XL pipeline would have. It also makes its way to the same mid-destination – Steele City, Neb. – though the route to get there is different.

In Steele City, the Keystone pipeline forks into two directions: one to Pakota, Ill., and the other to Oklahoma. The Keystone XL would have carried the Oklahoma spur down to Houston and Port Arthur, Tex., but the Biden regime killed that project.

According to TC Energy, the “non-operational incident resulting from third-party damage” will not affect the safe operation of the pipeline – though there is much less gas now flowing through the pipeline.

The company claims that the system “continues to operate safely,” but it is important to note that it is no longer operating to the same high-capacity levels that it once was.

“Repairs are being undertaken and we are working to restore full service as soon as possible,” TC Energy announced. “A timeline for full-service restoration is not available at this time.”

“The safety of our people, communities and protection of the environment remains a primary focus and we continue to actively respond. We have informed our customers and key stakeholders and will keep them apprised of updates.”

This new trend of companies simply declaring a force majeure to wiggle themselves out of binding contracts has some people wondering: Can we all do the same thing in our personal lives?

“I declare force majeure on all my bills,” joked someone at Zero Hedge – because why not? If it works for large corporations, which are now considered to be “people,” then should it not also work for actual people?

“It’s the law of the jungle out here,” said another.

“Try that with your property taxes,” suggested another, to which someone else responded:

“Remember that one person refusing to comply is a crime. But when millions of us do it, it’s a revolution. At some point, I sure hope we learn that instead of each of us whining from our basement how powerless we are.”

Another person asked who, exactly, is in charge of the West right now? Is there anyone doing anything good for this country and its people anymore, or is it all just crooks, thieves and perverts running the asylum?

Clearly there is an ongoing and relentless attack going on against not just energy but the food supply. And whoever is behind it all seemingly has no plans to stop until the entire thing is a giant pile of rubble.

“Rail companies, fertilizer companies, and petroleum refiners all over the world have been systematically declaring force majeure for months now,” noted another. “It’s been a pattern and there is no end in sight.”

More news coverage about the global energy takedown can be found at FuelSupply.news.