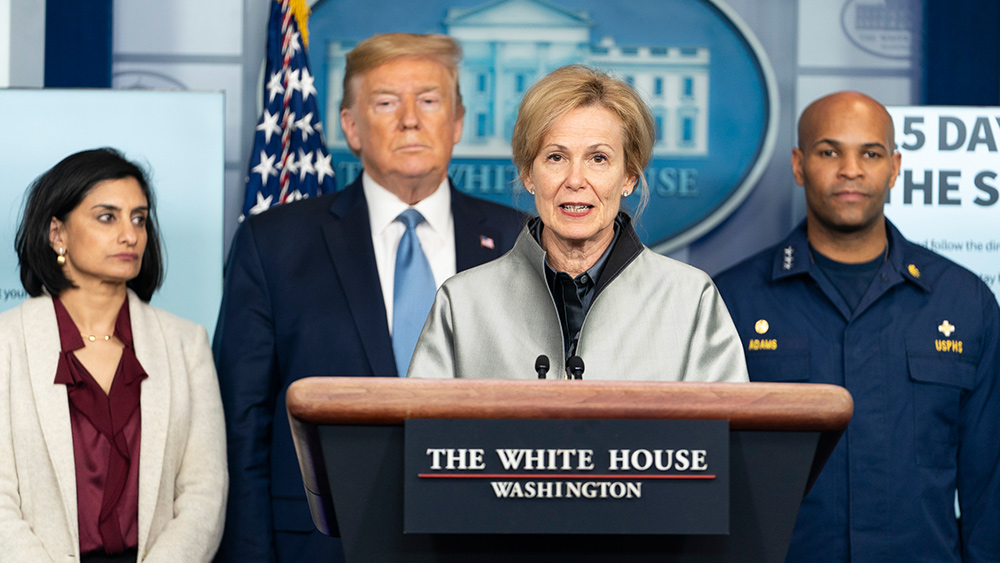 (Natural News) Deborah Birx, one of Donald Trump’s Wuhan coronavirus (Covid-19) advisers, sure is getting her 15 minutes of fame these days as she confesses to committing crimes against humanity with the help of Tony Fauci and the other globalists that infest the United States government.

Appearing on Fox News the other day with Neil Cavuto, Birx admitted that she knew all along that Fauci Flu shots “were not going to protect against infection,” but chose to push them anyway – which she is still doing today, by the way.

“Well, if you’re across the South and you’re in the middle of this wave right now, what’s going to save you is Paxlovid,” Birx said during the segment (watch below), shilling yet another Pfizer drug for the Chinese Virus.

Dr. Deborah Birx: "I knew these vaccines were not going to protect against infection and I think we overplayed the vaccines …"

Claims vaccines "protect against severe disease and hospitalization" before saying that 50% of those who died via Omicron were older & vaccinated. pic.twitter.com/CTifr3QZzX

“But once we get through this wave, during the low, you should get vaccinated and boosted because we do believe it will protect you – particularly if you’re over 70,” Birx went on to drone in a “valley girl” voice similar to that of corrupt Centers for Disease Control and Prevention (CDC) head Rochelle Walensky.

The reason why we keep hearing from Birx is because she is out there shilling a new book she just wrote in which she openly admits to tampering with Fauci Flu data without the Trump administration’s permission or knowledge in order to push the plandemic agenda.

Birx is a criminal, in other words, but apparently feels so protected in her ivory tower of globalist protection that she is not at all worried about confessing to her crimes while also continuing to profit from them in the form of book sales.

Because America is now so divided politically – all by design, of course – crooks and criminals from both sides of the political aisle seem to get away with anything they want now because 50 percent of the population, depending on the criminal, has their back due to either being “red” or “blue.”

Birx is not officially a blue, but her pro-plandemic agenda suits the blue side’s agenda. As a result, the blue army seems to have her back no matter what she says or does.

“That woman should be tried for crimes against humanity,” wrote someone in the comment section about Birx and her criminal behavior.

“Birx should be in prison for her role in the entire scamdemic,” wrote another. “The ‘vaccine’ is the scamdemic and the scamdemic is the vaccine – I’ve been saying it since day one.”

Another wrote that he no longer trusts doctors following the plandemic, nor does he trust the federal government “which stole people’s liberty and suspended the Constitution during a ‘medical emergency.’”

“Scarves do wonders to hide reptilian skin,” joked another about Birx, who was often called the “scarf lady” due to constantly wearing a scarf whenever appearing before the public.

The latest news about Chinese Virus shots can be found at Vaccines.news.