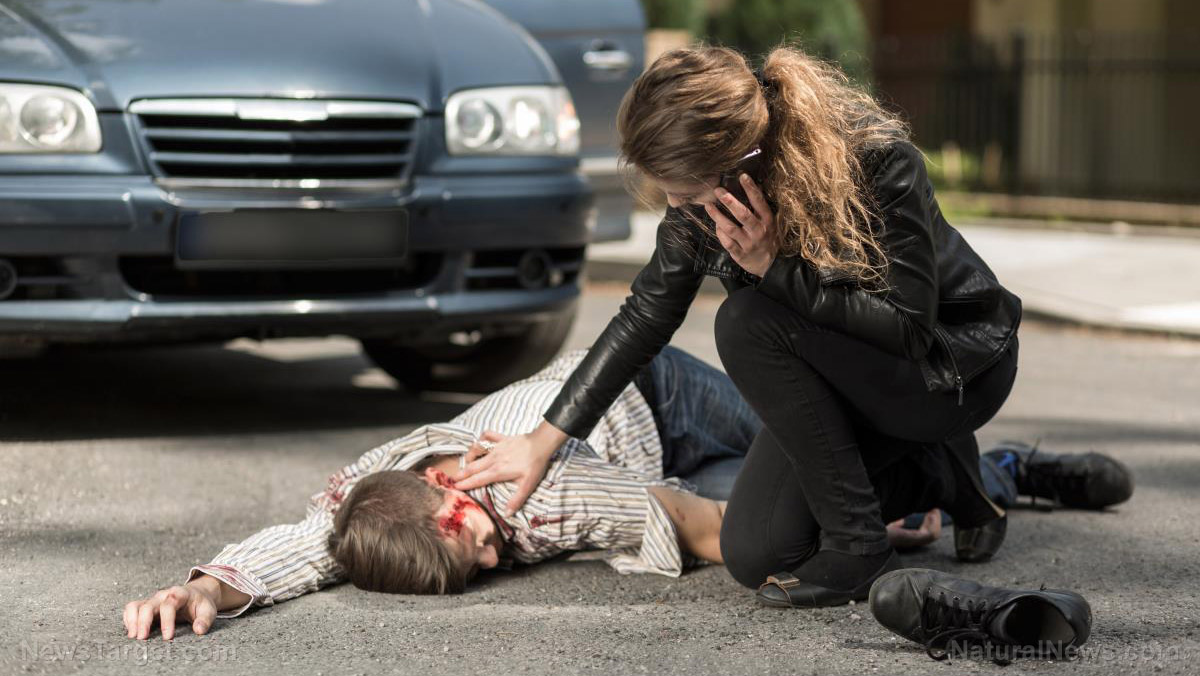 (Natural News) The big question is why? Why are traffic accidents increasing to insane levels just since the pandemic began? National Highway Traffic Safety Administration (NHTSA) even predicted it for 2021 when they estimated at least 44 U.S. states would see “increases in traffic deaths.” How could they have known this in advance?

Coincidentally, as 270 million Americans get their blood infested with billions of sticky spike proteins and heavy metal nanoparticles that cause blood clots, myocarditis and sudden adult death syndrome (SADS), the communists in Washington, D.C. conveniently blame the infrastructure. Safety first! Except that there’s nothing “safe” about experimental gene therapy injections that never passed clinical trials or got full approval from the Food and Drug Administration (FDA).

Biden Administration is blaming infrastructure problems, meaning suddenly potholes and old bridges are killing people en masse? These are the worst statistics for crashes since 2005, and the largest yearly percentage increase EVER in the history of the Fatality Analysis Reporting System.

Here’s the lame excuse for the mass deaths, from the mouth of U.S. Transportation Secretary Pete Buttigieg: “With our National Roadway Safety Strategy and the President’s Bipartisan Infrastructure Law, we are taking critical steps to help reverse this devastating trend and save lives on our roadways.”

Up ten percent from 2020, automotive “accidents” are happening right and left, increasing now every year during the scamdemic of the Wuhan Flu. For 2022, it is projected now that up to 50,000 Americans will die in auto crashes, but the reasons for those crashes just don’t add up.

NHTSA failed to even attempt to explain WHY it suspects all these crashes have reached a 16-year high since the pandemic began. California, Texas and Florida represent the largest numbers for those traffic-related deaths, as well as in Washington D.C., where Resident Biden can’t even seem to find his way out of a room after a conference.

Oh, but the Governors Highway Safety Association (GHSA) blames speeding, alcohol, drugs and distracted driving for the mass increase of traffic deaths. It’s blame anything but the clot shots narrative time, and this will continue as more and more Americans get “boosters” that exacerbate these “vaccidents” (vaccine-injury-induced accidents) where people pass out, have panic attacks or die while driving, and the government blames anything else, including pot holes and texting.

The clot shots for COVID-19 have wiped out a decade and a half of progress regarding reducing traffic crashes, injuries and deaths, but nobody is allowed to talk about it or print statistics on it.

Is this the “black swan” event that independent media has been warning about since the gain-of-function Wuhan coronavirus (COVID-19) mass vaccination campaign began? Should we blame road rage and potholes instead for the mass increase of vehicle-related deaths? What about all these pilots, athletes and military members dying suddenly out of the blue, shortly after they get injected with billions of spike proteins or mRNA “technology?”

Maybe it’s time to do autopsies on all these suspected “accidents” happening all over the roads of America, and see if the drivers have mysterious blood clots that don’t contain much blood at all, but rather rubbery, elastic materials and heavy metals that gather together in the vascular system, causing sudden adult death syndrome. Maybe next they’ll just blame global warming.

Tune your scamdemic frequency to Censored.news for truth news that’s being censored from the rest of media as you read this.