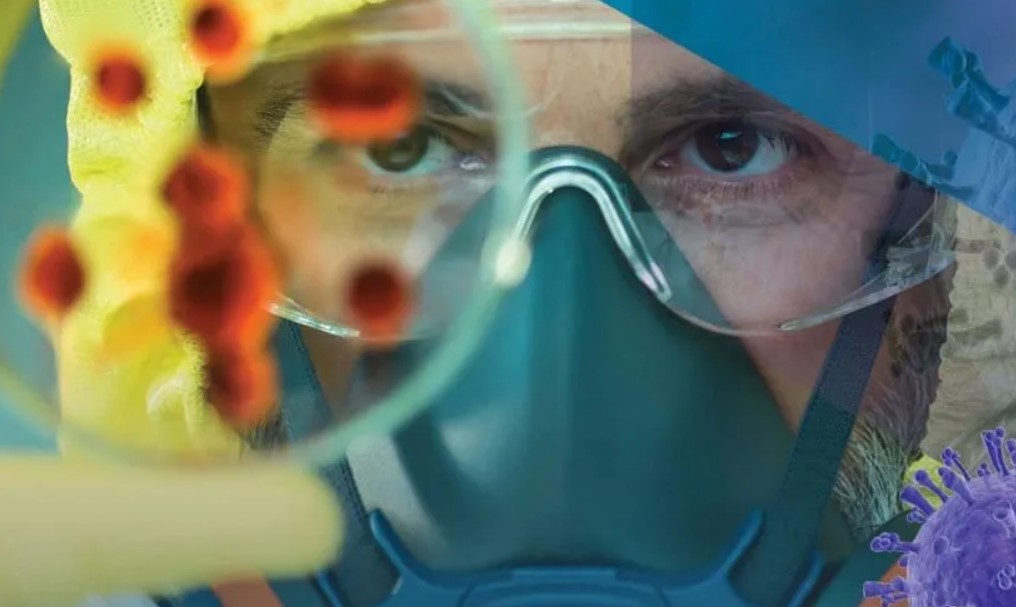 In the latest warning regarding DNA testing, two US Representatives have warned that DNA testing could lead to gene-specific bioweapons.

On July 22, U.S. Representative Jason Crow and Senator Joni Ernst spoke of the dangers posed by “bioweapons” targeting specific populations based on their DNA. The statements from Crow and Ernst happened at the Aspen Security Forum during a panel titled “National Security Today: Emerging Challenges and Opportunities”.

Crow, a Democrat from Colorado and member of the House Intelligence Committee, chastised younger Americans for being too eager to give up their genetic code to private companies who offer DNA testing services.

“People will very rapidly spit into a cup and send it to 23andMe and get really interesting data about their background,” Crow stated. “And guess what? Their DNA is now owned by a private company. It can be sold off with very little intellectual property protection or privacy protection and we don’t have legal and regulatory regimes to deal with that.”

Crow went on to say that a conversation around privacy must acknowledge that “expectations of privacy have degraded over the last 20 years”, and “young folks actually have very little expectation of privacy, that’s what the polling and the data show.”

Beyond concerns of privacy and who owns your DNA, Crow also warned that the DNA data is “going to be procured and collected by our adversaries for the development” of weapons systems that target a specific DNA trait or category.

“You can actually take someone’s DNA, take, you know, their medical profile and you can target a biological weapon that will kill that person or take them off the battlefield or make them inoperable,” Crow warned at the Aspen Security Forum.

During the panel Senator Ernst, a Republican from Iowa, focused her comments on concerns that enemies of the United States might use similar technology to target animal agriculture and crops.

“If we look at food security, and what can our adversaries do with biological weapons that are directed at our animal agriculture, at our agricultural sector?” Ernst asked.

The senator went on to warn about weaponized versions of the flu.

The warnings regarding DNA testing are not the first to make the news. In July 2019, Chief of Naval Operations Adm. John Richardson also warned against using the home testing kits. “Be careful who you send your DNA to,” Richardson said at an event hosted by the Mitchell Institute for Aerospace Studies, “There’s a number of those companies where you can go and find out what your makeup is. That’s a lot of information.”

“You learn a lot about yourself, and so does the company who’s doing it,” Richardson added.

By December 2019, Yahoo News reported on a memo sent to members of the military stating that information collected by private companies could pose a security risk.

“These [direct-to-consumer] genetic tests are largely unregulated and could expose personal and genetic information, and potentially create unintended security consequences and increased risk to the joint force and mission.”

In April 2021, I reported on another claim regarding DNA testing, this time from U.S. intelligence officials, warning against providing health data to Chinese company BGI Group, the largest biotech firm in the world. CBS 60 Minutes reported that shortly after the COVID-19 panic began, BGI had discussed building COVID-19 test labs in at least six states, including New York and California.

The fear is that BGI or a similar company with ties to Chinese intelligence might gather DNA via COVID-19 tests to use for their ongoing genome research. US intelligence officials also said a foreign entity could learn about a person’s current or future medical conditions by studying their DNA and using this information to gain a monopoly over necessary drugs and treatments.

Journalist Natalie Winter of National Pulse also uncovered documentation of a relationship between the Bill and Melinda Gates Foundation and BGI going back nearly a decade. Winter found a Memorandum of Understanding (MOU) between the Gates Foundation and BGI to “form a collaboration on global health and agricultural development with the goal of achieving common objectives in health and agricultural development.”

Specifically, this collaboration deals with developments in human, plant, and animal genomics, the study of DNA. In the press release for the MOU, the co-founder of BGI directly mentions the partnership as focused on genomics.

Bill Gates also visited BGI headquarters in 2010, according to a report from the Financial Times. The Times stated that BGI “is working towards a goal of building a huge library based on the DNA of many millions of people.” BGI’s goal is to use this information for new drugs, genetic research, and “transforming public health policy”.

The danger of COVID-19 tests being used as a method for gathering genomic data on the unsuspecting public is part of a larger conversation about the dangers posed by genealogy companies generally.

Millions of people around the world have voluntarily submitted their DNA in exchange for information about their ancestry. The vast majority of the users of these companies, such as Ancestry and 23andMe, do not read the Terms of Service which outline how the genealogy firms can use the data.

While there are clearly reasons to be concerned about the influence of the Chinese government and what they might do with your DNA, the reality is most governments with the resources will likely seek to mine DNA as well. This absolutely includes the United States government, military, and private companies.

In the January 2021 60 Minutes report, Anne Wojcicki, CEO of 23andMe, answered questions regarding her company’s use of the data they are collecting. While Wojcicki says that her company has “empowered individuals with this opportunity to come together, to crowd source research”, she doesn’t shy away from acknowledging that her company plans to use the information to develop drugs.

“And I absolutely stand behind: we are going to develop drugs. So that everyone is actually benefiting from the human genome. So absolutely the data is valuable,” Wojcicki told 60 Minutes.

While she says she agrees that Americans should be concerned about China’s investments in genomic research, she believes the answer is for the United States to invest in genetic programs.

Wojcicki and 23andMe have faced their own criticisms regarding how they use the data and whether the public can truly expect records of their DNA to be safe. In February 2021 it was announced 23andMe would become a publicly traded company with help from billionaire Richard Branson. The Guardian noted that Branson’s Virgin Acquisition Group said 23andMe and their “vast proprietary dataset” of DNA would allow Virgin to “unlock revenue streams across digital health, therapeutics, and more”.

There appears to be a web of connections between the DNA collection and testing companies, Chinese intelligence, foundations such as the Gates Foundation, Big Tech, and, of course, the U.S. government. The reality is that the U.S. military is just as passionate about developing DNA specific weapons.

For example, the infamous DARPA has been working on various genomic research projects, including attempting to “hack” the DNA of insects for warfare. Most recently, DARPA awarded $5 million to DNA Script to work with Moderna on the development of a prototype system for mobile therapeutic and vaccine manufacture.

For the millions of Americans, and potentially billions around the world, who have volunteered their DNA, the reality is that potential bad actors may already be developing drugs and weapons based on their most personal data of all — their genetic code.