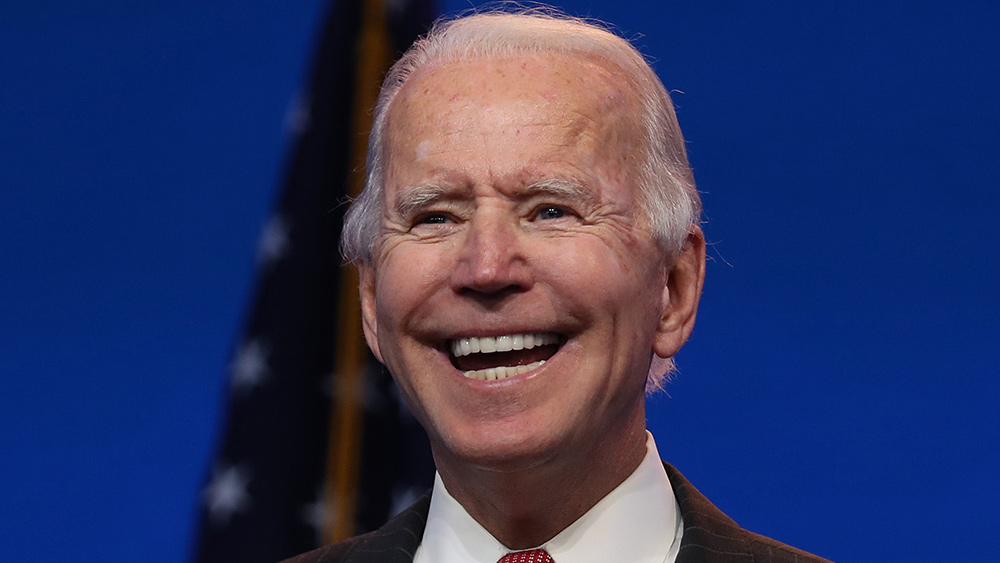 (Natural News) It’s no wonder the far-left Democratic Party caters to the so-called LGBTQ crowd — it’s because so many of them are straight-up sexual deviants, even to the point of criminality.

The latest example: A high-ranking United States Postal Service official was recently busted for attempting to meet a boy for sex.

As reported by The National Pulse, the official “appointed under President Joe Biden was caught during a child sex sting, admitting ‘I’m a pedophile’ on camera.”

The report noted that Russell Rappel-Schmid, the chief data officer for the U.S. Postal Regulatory Commission (PRC), was busted in San Diego, Calif., as he attempted to meet a 14-year-old boy for a sexual tryst.

The PRC is responsible for overseeing the U.S. Postal Service (USPS) – which deals with mail-in ballots during election season – and Rappel-Schmid was tasked with running the commission’s data management and compliance with the OPEN Government Data Act.

While federal authorities have not yet confirmed the man in the video is Rappel-Schmid, the San Diego County Sheriff’s Department announced that Rappel-Schmid was released from the city’s Central Jail early Tuesday morning after being arrested on Monday. His felony arraignment is set for next Monday.

Rappel-Schmid was in the city for a business conference, according to reports, when he attempted to set up a meeting with who he believed was a 14-year-old boy to have sex. The group People vs. Predators videoed the encounter; the USPS official is seen on that video admitting to being “a pedophile.”

Following the allegations and being charged with attempting to meet up with a minor for sex, the U.S. Postal Service immediately fired Rappel-Schmid and issued a statement.

“The Postal Regulatory Commission has become aware of the recent arrest of one of our employees. Upon becoming aware of this information, the Commission has terminated this employee effective immediately. The Commission is shocked and horrified at these serious allegations and maintains a steadfast commitment to promptly deal with any claims of employee misconduct,” the statement said.

In addition, Rappel-Schmid’s profile has already been removed from the USPS website.

“He joined the oversight body under President Joe Biden in May and previously served as the State of Alaska’s first chief data officer. Rappel-Schmid also worked at the USPS Office of Inspector General (USPS OIG) on the data analytics team and as an audit manager,” The National Pulse reported.

Separately, the outlet filed a previous investigative report on Sam Brinton, a drag queen and high-level hire at the Department of Energy’s Office of Nuclear Energy who has defended a controversial gay prostitution website with a track record of allowing children to be promoted for sexual services on the platform.

In addition to performing in drag, Brinton is a self-avowed LGBTQ+ activist who has “lectured” on kink at college campuses and taken part in interviews about fetish roleplay:

In an article published on September 15th on the pro-LGBT+ website Advocate, Biden’s latest top nuclear hire dives into a defense of the “Rentboy.com” website, which shuttered following an August 2015 illegal prostitution raid. “Rentboy” is a colloquial term for young men who have sex with older men in exchange for money, often under dubious circumstances.

Brinton, who now serves as the Deputy Assistant Secretary of Spent Fuel and Waste Disposition in the Office of Nuclear Energy, defended the now-shuttered website in a September 2015 op-ed in Advocate magazine: “The Real Ramifications of the Rentboy Raid.”

*NEW* BREAKING: Black THUG Admits To Stabbing 3- KILLING 2 FAMILY MEMBERS And There Is A Major Twist To This Story
America's Freedom Fighters

Trump Responds To FBI Raid With A Watergate Comparison … Is He Right?
August 9th, 2022 Clash Daily